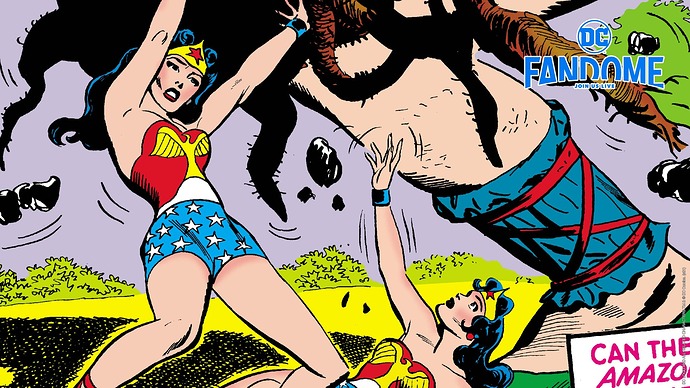 This week on the Road to DC FanDome, we’re exploring the concept of the multiverse, an infinite collection of worlds where everything is possible. But where did this uniquely imaginative concept begin? When did DC’s creative talent first start taking advantage of the idea of alternate Earths, with characters crossing paths with very different versions of themselves? If you’re thinking about 1961’s The Flash #123, “Flash of Two Worlds,” where the Silver Age Barry Allen first meets the Golden Age Jay Garrick…you need to think even further back. Because contrary to what you may have heard, the first steps towards DC’s multiverse weren’t taken by the Flash—they were taken by Wonder Woman.

The Challenge of Dimension X 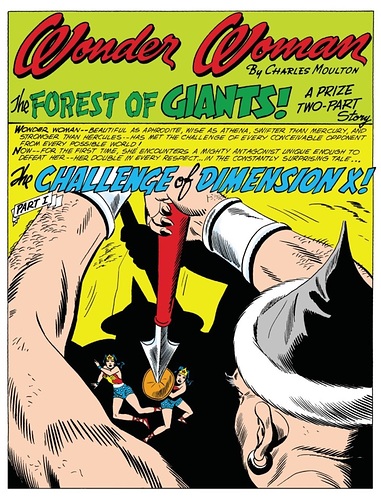 By all significant metrics, Robert Kanigher remains the most prolific writer in the history of DC—and it’s not even close. He’s credited as a writer on well over 1,800 DC titles alone. Kanigher was a writer of extreme versatility, managing the entire spectrum of genre from DC’s prodigious war comics line to the invention of Barry Allen. But his most notable achievement may be his unassailable tenure as the writer of Wonder Woman for 22 years.

In Wonder Woman, Kanigher did his part to live up to the boundless imagination of his predecessor, Wonder Woman creator William Moulton Marston, who established early on that anything and everything, from super science to world folklore, should be left on the table for a Wonder Woman story. Wonder Woman’s early adventures took her to distant planets and the realms of gods. So as the writer for Wonder Woman’s landmark 100th issue, Kanigher had to cook up something special—a brand new frontier for Wonder Woman to explore. After all, whether they’re paradigms of gender or genre, Wonder Woman has always been about pushing boundaries. By this time, Kanigher posed, Wonder Woman had become such a force of power, wisdom and grace that no one else could possibly compete against her. So what if her newest and most challenging opponent yet was Wonder Woman herself?

To learn more about the Journey to Dimension X and DC’s first steps into the Multiverse, head over to DC Comics!

Did you know that Wonder Woman was the first character to take steps towards DC’s multiverse? Let us know in the comments!