Joshua Williamson Confirms He'll Be the Next Batman Writer

@Williamson_Josh
BATMAN #118 IN DECEMBER. I’M WRITING BATMAN! As Batman leaves Gotham, I’m starting a new storyline called “ABYSS drawn by the awesome JORGE MOLINA! Not talking about this was driving me nuts. Excited to finally share @jorge_molinam’s #118 cover with you! The oval is back!”

Williamson took to Twitter earlier today to confirm that he’ll be taking over Batman with artist Jorge Molina starting with issue #118, just after James Tynion IV leaves the title. He’ll also be looking to make his immediate mark on the Dark Knight’s rogues’ gallery w/ a brand-new villain: Abyss. Between this, Robin, Deathstroke Inc., Infinite Frontier, Justice League Incarnate and probably more that we don’t even know about yet, Williamson’s definitely gonna continue to have his hands full at DC

This man is busy as hell…damn. I said in my predications for who would be next that Williamson was quite possible, but that I thought his schedule was just too full…so DAMN…

That being said I’m excited for all his work though! I just hope the quality doesn’t suffer as a result.

My big question is where is Jimenez going? I love Batman but was mainly reading it because I’m obsessed with his art, I’ll follow him to any book.

Covers. I’m happy to see the oval is back. 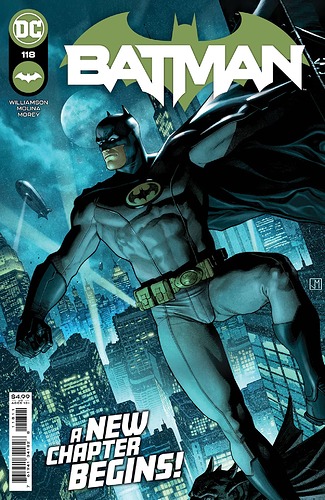 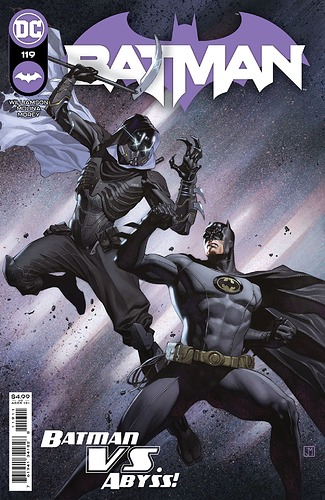 Jimenez actually just confirmed a half hour ago that he’ll actually be staying on Batman. Looks like after this initial arc w/ Molina, he’ll resume art duties on the next arc. Not sure if they’ll just keep swapping arcs for the foreseeable future, but at least we know where he’ll be in the relative short term 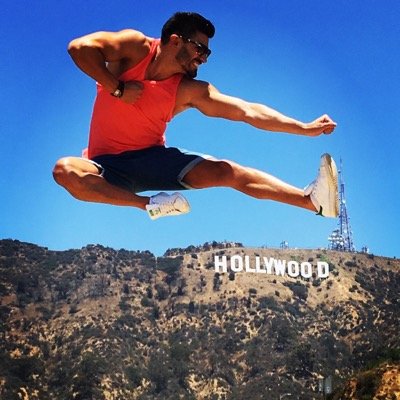 @JorgeJimenezArt just a quick question, how are you going to be part of the Batman series if Jorge molina is doing the interior art?
2 Likes
Clonegeek18 August 25, 2021, 5:01pm #6

This feels like there was a scramble to fill empty the Batman writer role after Tyion left.

I kinda have to agree just based on 1st impressions. Williamson’s not the most inspired choice and I have to wonder why he or DC would go for this given everything else he has on his plate. I’ll certainly keep an open mind when his run starts, but I also worry that I’m just gonna be left waiting for the next writer again

Cool. I’ve been enjoying his work on Infinite Frontier and Robin, so I’m curious to see how long this goes because like @Nathan.Payson said, dude is EXTREMELY busy. Is he going to be the lead writer going forward or is he just holding down the fort until they get someone new?

My big question is where is Jimenez going?

Jiminez has said that he is continuing to draw Batman, so maybe he’s just taking a break?

Oh, and I LOVE that he’s back in his Batman Inc suit, that’s one of my favorites.

Is he going to be the lead writer going forward or is he just holding down the fort until they get someone new?

I wouldn’t be surprised if this is the latter. This could be like what Justice League did in between Snyder and Bendis in having Venditti, Spurrier, Loveness and, ironically, Williamson do fill-in arcs to bridge the gap between main runs. Williamson could end up being 1 of several temporary writers to hold down the Batman fort until they’re ready to have John Ridley take over w/ Jace

I just looked down and he actually tweeted more. He mentions that this new arc, Abyss, will have a new villain named, well, Abyss, and mentions that we’ll get more info about the Batman line post-Fear State soon, and has a tease for his own plans, which includes this gif of Batman and Robin driving in the Batmobile together.

I think there are two conclusions to this:

Oh, and Jorge Jimenez confirmed he’s working on the next arc of Batman after this “Abyss” storyline. Which makes sense – by the end of Fear State, he’ll have done about twelve issues straight, the Fear State issues releasing twice a month, plus covers and a chunk of Infinite Frontier #0.

So what I’m saying is dude deserves a break.

If DC editorial wasn’t so inept–and cheap–talented creators like Johns, Venditti, and Tomasi would still be around. And any one of them could ably pick up the Batman creative reins from James Tynion.

I mean, that assumes that they would want to do that.

Johns seems to want to focus on either TV or original works like Geiger, and he’s already done some major Batman stories in the Earth One graphic novels, so he might just not have anything he particularly wants to do with the characters for a while. Same thing with Peter Tomasi – he had substantial runs on Batman & Robin and then Detective Comics. Venditti hasn’t had a Batman book, sure, but he has Superman '78 going right now and who knows what he’s got coming next.

I’m going to do DC a favor and write the blurb for the solicits.
Superstar writer Joshua Williamson brings his talents to the next exciting chapter for Bruce Wayne. New villains! New allies! (And it wouldn’t be complete without . . ) And Batman will never be the same.
Maybe throw in a “groundbreaking” and “the next Batman epic starts here”.

This is my cynical internet persona but man I’m tired of “and BLANK will never be the same”. I mean, no character makes it six months these days without being “changed forever”. That said, I generally like Williamson and dislike Tynion so I will read it.

It’s going to be interesting to see what Williamson does with Batman in the aftermath of Fear State. Initially I was disappointed when I heard that Batman would be leaving Gotham, but seeing that cover art with the Batman Inc. suit has made me optimistic!

So, they’ve just officially announced Shadow War starting in March next year, with preludes in Robin and Deathstroke Inc, then it’ll be two issues each of Batman, Robin, and Deathstroke Inc, plus a Shadow Alpha and Omega plus Shadow War Zone being an anthology book fleshing things out a bit. I’m a bit worried about Williamson doing all of the writing, though in terms of actual number of books, it’s pretty much the same number of books that Tynion wrote for Joker War and Fear State, perhaps even a bit less given that Tynion wrote or co-wrote three Secret Files oversized issues tying into Fear State.

Whatever the case, I think it looks pretty exciting!

Is this really healthy for the main Batman title to be in two events within the span of six months?