Joker Is Now The Most Profitable Comic Book Movie Ever 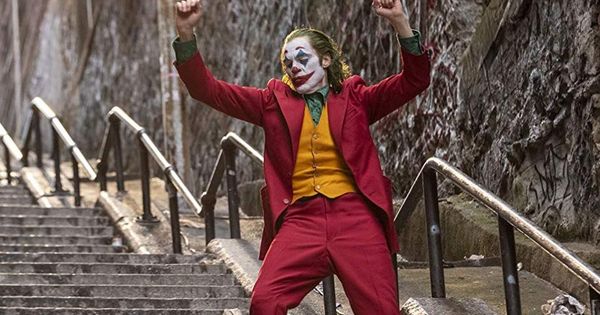 I am not trying to start a “let’s trash Marvel” party or anything. But it is interesting that Marvel Studios and Disney who have made more Superhero movies then any other studio yes when they mentioned the most profitable not a Disney/Marvel studios movie among them. Yeah Deadpool and Venom are Marvel characters but they didn’t make those films.

Not admittedly a lot of those are not as good as some Marvel films but given the business purpose of making a movie is to turn a profit, says something that everyone else seems to be better at that then the guys who made over 20 of them and gets credit for being the ultimate Super Hero movie maker. Kind of see now why Sony was apparently willing to consider cutting them loose.

I’m happy the movie did so well. It’s great to see people ignoring the negativity that some people tried to spread before the movie came and went to see it for themselves to make up their own mind.

Marvel movies actually do make more profit. This is comparing profit to budget to the percentage of the budget that the ticket sales generated. So Marvel makes a smaller percentage because their movies cost more, but the amount of profit they make in dollars is greater.

This continues to blow my mind. I remember when this was first announced my initial response was “…Really? Seriously? …But why?” But it came out looking as good as it was and doing this bold reimagining of the source material that has resonated with so many people. And now it’s likely going to make over a BILLION dollars in the box office, all without China! That’s freaking HUGE.

My hope is that what WB takes from this is that if they step out of the way and let the creators do their thing, it can bring huge success. More likely this will make them go “MAKE ALL THE DARK VILLAIN MOVIES!”

Not buying it. The original Star Wars became a comic book series. That cost 11million and made 786 million, so that’s an ROI of over 71x. Much higher than the Joker.

Certainly by the time Empire Strikes Back came out, Star Wars was a comic book as well. That movie yielded a 23x ROI.

So while I’m happy for DC/WB on the success of Joker. Things are not that cut and dry in terms of what’s the biggest revenue/ROI/etc or even how one defines a “comic book movie”.

And while the Joker numbers are impressive, from an ROI standpoint, they are dwarfed by the most profitable on an ROI basis movie of all time, and it had a has a higher than PG-13 rating as well.

Disney has been a different model, they want total dollars and they are not known for taking huge risks. They make 4 or 5x ROI, that is worth it. Is the Joker really a comic book movie? It has a character that has appeared in comics, but that doesn’t mean it actually fits the genre either. The Kitchen was based off a comic, but does that make it, genre speaking, a comic book movie?

Star Wars was not based on a comic book or a character from comic books, which is literally what “Comic Book Movie” means. The fact that tie-in comics were released after the fact does not retroactively make the Star Wars movies comic book movies. You’ve made it clear in other threads that this movie is not for you, and I can respect that; there are things out there that are popular that I don’t care for, too. But it’s breaking records left and right, and it is, by sheer numbers, the most profitable comic book movie ever.

Overall point is Joker made boocoos of moolah $$$$$ honestly here’s my bullet point reasoning as to why Joker made so much : 1) October- Halloween- it’s becoming a trend, people want to see a darker, scary, interesting side to the multiverse we’ve come to know. 2) Villains as main characters changes what society has been accustomed to. We want to see multiple aspects of something and not just the usual Cape and cowl. 3) Incredible casting and uncertainty that the casting will be seen again like this! I think uncertainty of Phoenix reprising the role at all garnered interest and especially after Letos poorly received performance. 4) bad publicity is still publicity - when you bad mouth something - you’re still continuing the conversation instead of just ignoring and letting it die. 5) shock value - I mean wow. Lol people want to be amazed

You’re splitting hairs, and even if you weren’t, the Joker is still the most profitable comic book movie ever. I’m honestly not sure what you have against it, but I don’t see how flatly refusing to give it any credit accomplishes anything.

I really HOPE that this shows the Studios that our comic book stories are a MEDIUM not a genre. Not every comic movie needs an alien invasion in the third act. There are SO many characters, tones, moods and storytelling styles you can (and the comics HAVE) to choose from.

I was “Meh” about joker as a protagonist, but i CERTAINLY appriciate the “mold” the profitability of joker just shattered.

It was a shoestring budget with no fancy cgi effects, and it was a better story than than the scripts of 90% of the other DC movies.

…so tired of third act alien invasions, that include “terraforming” cgi…

So here’s Holding my breath that Netflix’s Sandman series further pushes what DC onscreen CAN be. I am utterly curious to hear what a black background, jagged dialogue ballon voice ACTUALLY sounds like.

According to Wikipedia (not the best source, but the only one I could find at the moment), Joker’s budget was around 55-70 million, which I would hardly call shoe-string. That’s probably an average budget of a more grounded drama movie.

You’re splitting hairs, and even if you weren’t, the Joker is still the most profitable comic book movie ever. I’m honestly not sure what you have against it, but I don’t see how flatly refusing to give it any credit accomplishes anything.

How am I splitting hairs? What is defined as a “comic book” movie?
To determine whether it is the highest ROI on a comic book movie, one has to define what that criteria is. So what is it?

It is clear that it is not the most profitable film in terms of pure dollars. It has a great ROI, and I have argued many times that ROI is a better measure of how well a film did financially. However, it has not surpassed Empire Strikes Back, in term of ROI.

It may be the biggest ROI and/or total revenue for an R-rated movie.

It certainly is not the highest ROI for a movie rated R or higher.

I’m more than happy to give the film its due and I’m glad it has been successful.

However, it shouldn’t get recognition for a milestone it has not passed. It’s claim to fame is that it is a comic book film. It seems like the hair splitting is more coming from folks trying to give it more hype/mktg for the movie.

I would have never thought that out of all the sites, a DC site would have the one with this type of argument about not being a “comic book” movie. I’ve seen this article in several subreddit forums and comic book sub forum website and not one made any negativity about this type of argument. How embarrassing!? The worst part is it’s a DC owned site but those websites aren’t while all are positive about this accomplishment.

Now there is the argument regarding the genre form. Is it a “hero/villain type story. I don’t hold with that argument either, however, the debate on “Is The Kitchen a comic book movie” is an interesting debate to have. How does the vast majority of watchers know it was based on a comic book? Do they care? Do the feel after watching it, it was a comic book movie? Does that style of film fit the “comic book film” genre? Does the Joker fall into that genre. The film certainly could have told the same story and not been called Joker, as there is plenty of historical reference material equating a clown type character to one that uses that form/ensemble/embodiment of a clown to go past many social norms and into dark elements of the human psyche.

As comics print/film/television become more ubiquitous as a form/genre, at least along the questions and having the debates is healthy. Are westerns & swashbuckler movies, really just adventure/action movies, or do the have storytelling elements that set them apart as their own genre.

The simple truth is that the fact that these questions can be debated is good for comics. It shows a social change that beyond a handful of characters (Superman, Batman, Wonder Woman, Spider-Man, & perhaps the Hulk) comics characters as protagonists and antagonists are being embraced by the gen pop.

A decade ago most of the people I knew and worked with had no idea that Watchmen was based on a comic book. It never dawned on them that such a story could/would have been done as a comic book. Even in just a decade, the comics industry (with more than the handful of characters mentions above) has made big advances in becoming more ingrained into our culture.

Dude, I have a life. Part of that life is being connected directly and indirectly to visual and performing arts. These are issues and questions where I see a broader picture of the place of arts in society.

But thanks for such constructive criticism.

A great steak in art and culture. Let’s keep this train chuh-chug-chugging along

This movie is proof bad press is sometimes good. I did see the movie and thought it was good. I’m just surprised such a dark movie can make so much $$$. It does also have a lot to say about our society today.