John Ridley's The Next Batman To Continue in Digital-First Title "Second Son."

DC announced this today on their blog – so in addition to a new story in the February issue of Batman: Black & White, DC will be releasing a digital-first mini-series continuing Tim Fox’s story called “The Next Batman: Second Son,” written by John Ridley and drawn by Travel Foreman, Tony Akins, and Mark Morales. This will not only further Tim’s story, but also detail the backstory of why Tim was considered a black sheep of the family.

Both the Black & White story and the first part of the digital series will drop on February 23rd, and the print comic collecting the first three parts of the mini will release on April 6th. 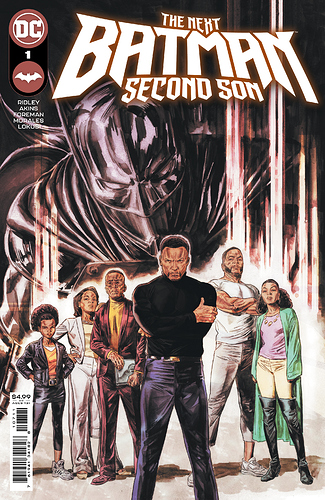 DC Announces More of The Next Batman by John Ridley!

DC GIVES FANS MORE OF THE NEXT BATMAN BY JOHN RIDLEY!

Great way to use the Digital First, fill in background on a Tim Fox.Looking forward to it.