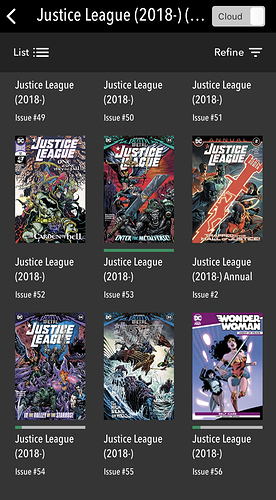 It’s a regular issue of Justice League, that was just a mistake on DC’s part. Similar to how a couple of the recent Digital First books have missed their regular covers on their day of release and instead feature a red cover with a white “DC Digital First” label on it, but are then fixed within a day or two of their release.

In most instances that I can see, the mistake for #56 has been fixed.

They changed it back! Thanks for responding, I had no idea what was going on.

Thanks for responding, I had no idea what was going on.