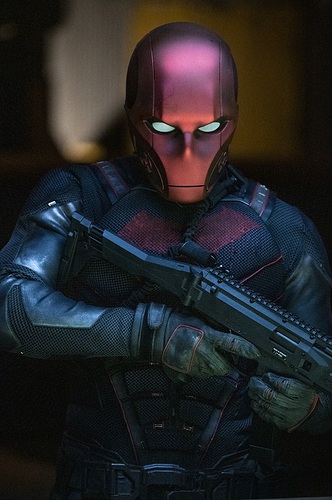 Since when was Jason Todd a member of the team? Sure, Jason has evolved into a central figure on HBO Max’s Titans. But for comics readers, Dick Grayson, Tim Drake and Damian Wayne are usually the Robins who come to mind when you think of the Teen Titans. But believe it or not, there was in fact a brief time that Jason could be counted as a Titan himself. In fact, Jason Todd owes his very existence to the Teen Titans. Without that team, a second Robin wouldn’t exist at all.

Sadly, it would be a very long time before Jason would get that chance. Shortly after Jason’s brief tenure with the Teen Titans, he would fall victim to the Joker while seeking his own mother in Batman: A Death in the Family. And even once he returned as Red Hood, the traumatized Jason was in no condition to fight alongside Nightwing and his colorful teammates.

But over the past few years, three decades after first joining the team, it seems as if Jason Todd has turned a corner in his relationship with Batman and his family, and the superhero community at large. For the past three seasons, we’ve seen Curran Walters’ powerful take on the character energize HBO Max’s Titans, transforming it into one of the most gripping superhero shows on TV today. In Titans, Jason Todd has served as both a member of the team and, this season as Red Hood, one of their most formidable adversaries. And only time will tell which side he’ll ultimately settle on.

To learn more about when and how Jason Todd has been a member of the Titans, head over to DC Comics!

Which Robin is your favorite? Let us know in the comments below!

Dick Grayson and Jason Todd are my picks.