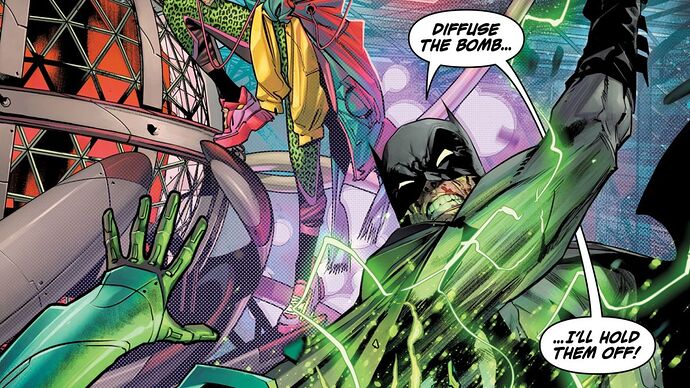 Who do you think will be the next Batman writer?

Beware giant corporations with the old IP. The talent is finding a better way and thriving. Wow! When you turn down the best IP in comics (Batman) you really get a peek behind the curtain of how well the big two compensate their talent.

It concerns me who they will get to continue Batman. He’s propping up all of DC.

Very interesting. W/ I Am Batman coming up soon, I have to wonder if DC will take advantage of this change and officially make Tim Fox the one and only Batman in the comics. I’ll admit it’s been hard for me to get into his story knowing that Bruce is still the main Batman, but if it’s just Tim that has the mantle, that’d be a different story. Of course this would also probably be dependent on whether John Ridley could take over as the regular writer, but if he’s available/interested, I feel like we could get this truly meaningful status quo shift

Tynion will be replaced by
Either
A writer known for work outside of the comic book area
Or a unknown writer with a much cheaper page rate.

Hopefully the new writer will have some knowledge of DC.

If you look at the current DC writers, most were not at DC a year ago. They are presumably paid much less than the people they replaced.

DC used to have three strengths

Editors with decades of experience, like Julie Schwartz, and later Denny O’Neil and Karen Burger

Vertigo was the first to fall.

Warner Brothers required new contracts when they found out they didn’t have control over the Vertigo properties.

Then the most famous Vertigo titles went back to the DC Universe with the New 52. 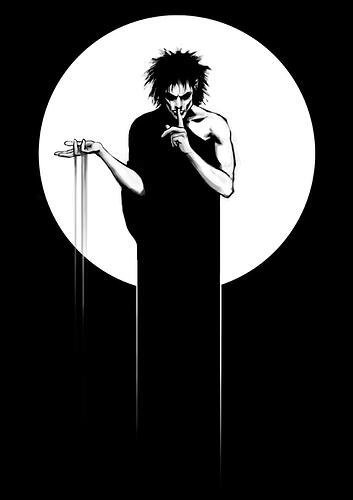 I've worked with a legend for 25 years. She's the best, & I'll miss her gentleness & sanity at VertigoDC - Neil Gaiman I've long said there are

Tynion and Scott Snyder before him left DC to go to publishers which allow them to have complete control to sell to movies.

Besides these writers knew they were going to be replaced by the writers of 5G, which would replace the legacy characters. These people are the current writers of most DC titles.

Most senior DC editors were fired months ago, so the new writers don’t have such people to guide them.

All this makes it unlikely for the situation to improve.

Soon the comics which are adaptations of the Batman and Superman movies may be the only titles with Bruce Wayne and Clark Kent.

That is surprising! It’s sad because I’ve been really enjoying his book and how it’s been shaping the Batman line as a while, but from what he’s talking about, this absolutely seems like the best move for him.

It’s also a huge move for Substack. For anyone who doesn’t know, this isn’t just Tynion making this move today – Scott Snyder announced he’s doing a comic book writing course on his Substack, and Salamin Ahmed and Johnathan Hickman (with assists from Trini Howard and Ram V) have announced they’re going to be doing major projects there as well. Very interesting to see Substack move into this market. I’m curious to see how this holds up.

Nick Spencer was one as well

Oh, I didn’t know they were going as well. Good for them.

It says a lot about how writers want to own their work and write stories they want to tell, though. I’m glad there is a place for that.

I need to check out some of these Substack subscriptions if all the talent is doing creator owned projects. Anyone here subbing to any of these?

I was looking at it real quick. But I was confused and need to look again. If I subscribe do I get everything on Substack or just the writers/people I subscribe to?

I just subscribed to Tynion’s Substack. $7.00 a month, we’ll see how it goes. Could be great!

I think this answers my question. Thanks!

I’m not sure yet. I believe it’s just the one you subscribe to, but I’ll be finding out soon enough.

Whoever it is will say this, “I really want to take Batman back to basics”, “I really love the detective stories”, “Gotham is a character” and the previews will all say “superstar/up and coming writer (insert name) comes to Gotham and Batman will never be the same!”

It’s a cool idea. I’ll probably subscribe to at least one of them and see how I like it.

I just got an email from, Tynion. I’ll copy and paste a piece about other creators and what they’re up to. Overall this is great for comics. Competition makes everyone better. Monopoly’s bad!

Finally… I just want to give a shout out to the other incredible creators who launched Substacks today. I’ve already signed up to each of them, and so should you!

At the same time I’m really trying to rein in my comic book spending and $5 a month for one comic might be a bit out of budget.

But on the other hand…hmmmmm

I haven’t read much Hickman but his universe that he is creating sounds awesome. So does Snyder’s Comic 101. It’s all so tempting. And so expensive together.