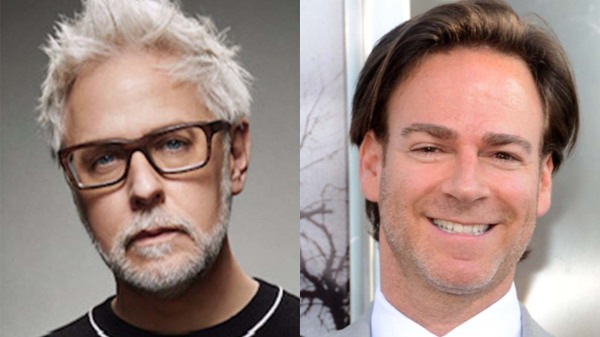 The duo will report to David Zaslav and assume the title of co-chairs and co-CEOs of DC Studios.

Holy shockers, Batman! James Gunn, the Director of ‘The Suicide Squad’ and ‘Peacemaker’ is now in charge of all creative for DC Movies and TV shows while Peter Safran will head the business and production end of things.

In a stunning turn of events, filmmaker James Gunn and producer Peter Safran have been tapped to lead DC’s film, TV and animation efforts as co-chairs and co-CEOs of DC Studios, a newly formed division at Warner Bros. that will replace DC Films.

Gunn will focus on the creative side, while Safran will focus on the business and production side of things. Both are expected to continue to direct and produce projects, respectively. They will report directly to Zaslav, and work closely with Warners film bosses De Luca and Pamela Abdy. Sources say the deal runs four years and Gunn will be exclusive to DC. The goal is for them not just to be producers, but to truly function as execuctives even as Gunn will occasionally hone a movie.

This is huge news and I am VERY excited to see what these two can do with DC in the future. #StartTheGunnVerse!

Having said that, I am looking forward to whatever their plans are!

This is unexpected but welcome news!

I had no idea what to expect but I certainly didn’t expect this. But this is great news. Hopefully this means good things are coming!

While not that important in the grand scheme of things, but of mild interest to me…

Unlike Marvel Studios, DC has multiple films set in separate creative universes, and according to sources, Joker filmmaker Todd Phillips’ work on the upcoming sequel, which goes into production later this year, will not fall under Gunn and Safran’s purview and instead will be overseen by De Luca and Abdy. Matt Reeves, who worked under Hamada, has a budding universe based on his The Batman movie. It is unclear under whose purview Reeves’ future projects would fall, but everything else moving forward would be under Gunn and Safran’s.

Anyway, I was a bit apprehensive about James Gunn heading up things, but this…

So cool. #StartTheGunnVerse! or whatever.

And I guess I’ll finally get around to watching Peacemaker now.

And so the Rock’s people are not going to be taking over, so that’s a relief to me.

And not that I don’t like Dwayne Johnson. But I’ve just never had any interest in seeing any of his movies, so I certainly wouldn’t want his people running DC – DC barely does any movies that I want see to now.

And get David Zaslav to still do the Ta-Nehisi Coates Superman movie, and yeah, we’re good. 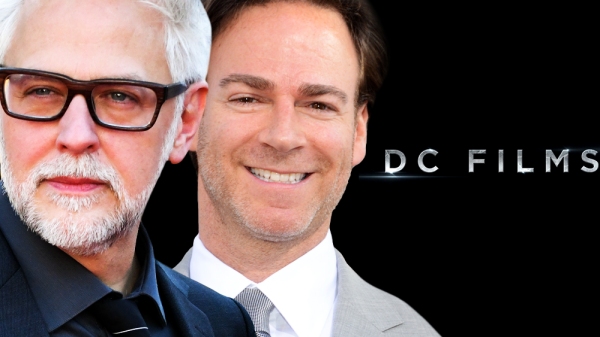 Finally, Warner Bros Discovery boss David Zaslav has a new head of DC Studios, and its not one but two: Guardians of the Galaxy and Suicide Squad filmmaker James Gunn and DC films producer Peter Sa…

Gunn and Safran commented: “We’re honored to be the stewards of these DC characters we’ve loved since we were children. We look forward to collaborating with the most talented writers, directors, and actors in the world to create an integrated, multilayered universe that still allows for the individual expression of the artists involved. Our commitment to Superman, Batman, Wonder Woman, Aquaman, Harley Quinn, and the rest of the DC stable of characters is only equaled by our commitment to the wonder of human possibility these characters represent. We’re excited to invigorate the theatrical experience around the world as we tell some of the biggest, most beautiful, and grandest stories ever told. We’re especially enthusiastic about doing all of this with Mike, Pam, Casey, Channing, and the whole Warner Bros. Discovery team, and are grateful to David Zaslav, whose bold vision for the future of the franchise we share and allows for this once-in-a-lifetime opportunity. Most of all, we can’t wait to bring you all into the story of the DCU.”

If everyone that reads this could click on the link in the original post that would be appreciated. I’m chasing badges! 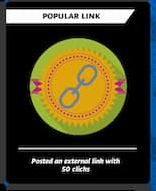 Gunn made my fav DCEU projects!
I think it was last year on twitter he responded to someone about not being interested in a Kevin Fiege-esque role at WB/DC so did not expect this.
Amazing!

I’m thrilled, a creator that included Polka Dot Man and Ratcatcher in a movie and a biz type that has produced big money projects. Now, just announce a Hawkam movie and we’re good

Literally ANY DC character is in play with James Gunn in charge! He made a Matter-Eater Lad reference in Peacemaker, for goodness sake!

.
Exited for what’s next.

You’re right, and they work.

So excited for this! Suicide Squad is one of my favorite DC movies. 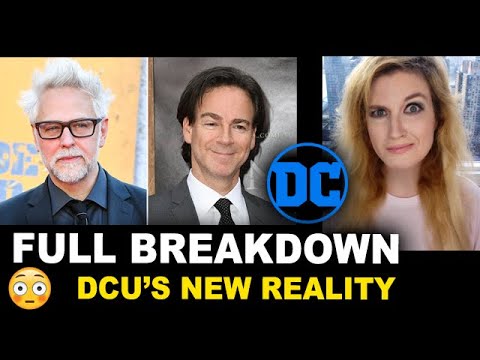 The part that she talks about these two probably only doing smaller things (because she thinks Warner Bros. should probably only give them $100 million dollar budgets)… I really don’t have any problem with that.

DC really only has Superman and Batman where you can go big. And Batman you don’t really have to go big, it’s really not needed at all; and almost kind of a waste of money to do so.

Superman you need to go big, so that could be the lone one where they find someone who will go crazy.

(And I would love to see a James Gunn written and directed Superman movie. But just not with Henry Cavill. Doubtful that I’ll get that though, so… boo for me.)

Anyway, everything and nearly everyone else though you’re kind of risking setting money on fire going big.

So yeah, if James Gunn and Peter Safran just hire people that would do James Gunn-type stuff, then okay. I don’t see that as a bad thing.

Before I had assumed that there was no way DC would do much of anything with B and C and D-list characters. Now with James Gunn as the co-DC boss, yeah, people like Judo Master and whatever, let’s go.

That may have a good chance of happening now. And again, I don’t really see that as a bad thing.

As the genre matures, billion dollar super-hero movies are probably going to be fewer and far between (because you can only threaten existence so many times before people stop caring), so it’s probably best not to try and do too many big things anymore because it probably won’t work. Or it may still work for Marvel, but that’s Marvel.

DC should just do DC.

And they should also definitely keep a separate wing of DC Studios for things like the Joker and The Batman.

Don’t get too crazy with “Judo Master.” Keep making pretentious stuff too.

the first news about the DCEU that i’ve felt good about in YEARS! keep it coming! 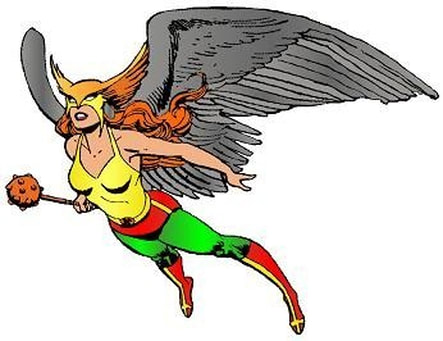 We’ll have to see how they actually do in these new roles, but it seems to be a good decision right off the bat! My 1 concern is that if Gunn is gonna shift to a more supervisory role, does that mean he’s gonna have to step back from writing/directing? (aside from season 2 of Peacemaker)

I am a big fan of Grace Randolph’s as well but I completely disagree with her take on this news. She focused a lot on how James Gunn portrays women in his projects and seemed to think this is bad news for Gal Gadot, for Wonder Woman or any other female character in the DCU other than Harley Quinn. She also insinuated he didn’t do a good job of presenting/representing the LGBTQ community in his projects.

First of all - I have no idea how he is as a person on the set or what he’s like in his personal life. But on screen I think he does a pretty good job with women and LGBTQ characters. I thought Ratcatcher was great in The Suicide Squad, he made Amanda Waller a true badass in that movie and in Peacemaker I thought Harcourt was a badass and Leota Adobayo’s relationship with her girlfriend was not treated as a prop or joke and I thought it was well done.

Ultimately I think James Gunn is a director and as such he’s going to treat the director’s he hires the way he likes to be treated by studios - hands off. I don’t think every movie is going to be a James Gunn style movie but rather he’s going to let the director do the movie they want to do with minimal input from the studio. But I do think his penchant for storytelling will be present and that there will be connective stories and characters that will be very rewarding for us fans.

I think this is great news for the relationship between DC movies and the HBO Max spinoffs as well based on the success James Gunn had with Peacemaker. Make a movie, make a spinoff and let’s keep the momentum going!

Hey as long as people are happy with this and stuffs not getting canceled then I don’t see why not?

Not saying that they day they all go to digital probably won’t come some day. But most of the people insisting that the comic division would be gutted, licensed to someone else, or otherwise all but destroyed, and that it is some embarassment to the company they want to kill off, have been the get woke go broke YouTubers and journalist and the rage click and doomsayer youtubers and journalist.

Doesn’t mean they couldn’t have been or be right. But I also think people should consider the source. Especially since most of that group has said it would happen long before most, likely including them, even knew who Zaslav was.