I know no one is going to believe me and I don’t blame you. I’d love to give out the source of my viewing and how they came across it, but I can’t ok. In fact I’ve probably said enough.

It’s about 3 and a half hours long (remember this is Snyders PRE EDITED version), and incredibly funny and full of so much heart and soul (yeah imagine my surprise). From what my source tells me Zach had planned all along for his DCEU to start off very dark and depressing. This was done so that he could really get across the point('s) of “good/light V.s bad/dark,” and how good, good felt when it all shifted tones (which cumulated in his version of JL).
As much as it pains me to say this, Ezra Miller really does steal the show here. He’s ABSOLUTELY fantastic in the Barry Allen/Flash role! His relationship with “Dark Clark” after Supes is brought back to life is crucial to how Superman returns to being himself in the movie. On that note let me explain that while Lois and Martha are able to jog Clark’s memories and all, Clark stays darkish and bitter for another good hour or so. Like I said It’s Barry presence and friendship that completely brings him back around. Bruce and Diana begin to fall in love and some romance does happen between them. At the end of the movie it’s very much implied that they hook up. We get more of the Bromance between Arthur and Vic, but truthfully what you saw in the Theatrical version is what you get. One of the downfalls to Zach’s version is these two remain seriously under developed.

Now for the BEST PART…

Darkseid IS the BIG BAD

And He. IS. Awesome!

All of Steppenwolf retreiving the Motherboxes is, just about, visually the same. Whats different is much of the dialogue, which explains, by even Steppenwolf himself, that he’s doing so under the direct orders of Darkseid. During this, there is a scene where Steppenwolf reports his progress back to Darkseid. Here’s where I learned that Darkseid is voiced by Gerard FREAKIN’ Butler! Oh and he does SUCH an incredible job with the part! Here Steppenwolf informs Darkseid that he only has one more Motherbox left to obtain and that he has killed Hippolyta in the process. I can’t remember if she died in the theatrical version (I think they left that open off screen). But in this one, her death by Steppenwolf’s hand is pretty gruesome. In her final moments the fear of death consumes her and he feeds her to his Parademons (also gruesome).
Anyway the final battle of the Theatrical Version happens around an hour earlier in the Snyder Cut. But let me just say it finishes a whole helluva lot differently. After Superman shows up back in the good ol’ blue, & red and kicks the snot out of Steppenwolf, Steppenwolf opens a Boomtube. He then grabs his axe (Superman/League became momentarily distracted when the tube was opened), wipes his blood on it, then throws it into the Tube. After awhile of typical superhero-supervillian banter (and a JL huddle to decide what to do with Steppenwolf… Btw this scene cracked me the hell up), An even larger sized Boomtube eruputs into being out of nowhere (very very loudly. I jump scared I admit it

) Darkseid emerges and it’s literally one of the coolest things in a movie I’ve ever seen. Period! Anyway, thats the beginning of the final hourish of the movie. All I’ll say about the fight’s finale and the movies ending is that they both brought me to tears.

I’d go into more detail but ya’ll be able to see this around Christmas at the earliest or Spring Break at the latest. Warners got wind of the massive interest in the Snyder cut before JL even left the theatres. They’ve been working on the home video release for some time now. If they can’t get it out by Christmas season, Spring Break is the best time for them business wise.

Oh before I go, I’m sure your asking why would Warners can such a great version and re-tool it the way they did? Simple, they didn’t want any legal actions or bad press from and because of Zach Snyder. Yes Warner Bros owns the properties but his Produciton Co. was heavily involved in the movies creation. Not too mention, he also put some legal stipulations into his contract that would become a big thorn in the studios ass if they proceeded with legalities. This would’ve also caused such bad press for Warners, especially with Zach’s daughters suicide still being somewhat fresh on the publics mind.

Well there yall go. I know I’m going to get pooped on now, but soon yall will see. So its all good! 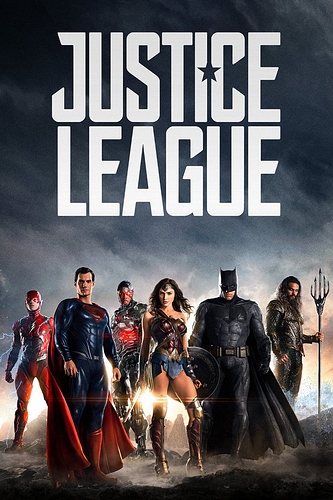 *Oh and the DCEU/Movie’s “tine shift,” was purposely planned as a secret

It’s not that hard for me to believe, I’ve seen some weird stuff happen in my life while on the road traveling with bands. Enough to make be belive that nothing is impossible

Let me ask you this? Supposedly, Kilowog and Tomar visit Bruce in this version of the movie?

I have to wait either a month or December? That’s such a large time frame. Why not aim for the summer cuz it’s a video release?

no no Next March Spring Break

Maybe they have to wait for the new Arkham game, assuming that one gets announced at E3 in June and releases around the holidays. This wouldn’t be too different from what Marvel did with Spider-Man, it would be really cool if DC responded to Marvel with this and a new Arkham game!

Let’s become best friends because I want to see the Snyder Cut!

Wrong forum, buddy. Somebody move this to Fan Creations.

Question: is it worse than the theatrical release, or Extremely Worse?

@OldManJonah It touched my heart.

There is no Snyder cut.

@henrywalsh where is your evidence. Come Christmas or Spring Break I will able to present mine

Well that’s disappointing lol. Even if there was a flashback mention of Yalan in the original film, there needs to be a cameo of modern Lanterns.

Alright boys and girls I told myself I’d let this simmer for 2hrs its gone over… APRIL FOOLS!!! Sorry but had I posted this on April Fools no one would’ve bought it. For those who did buy it, don’t feel stupid. I put some effort into this thing to make it a believable as possible. Also don’t give them any grief because Ive learned something too. People that choose to believe in the Snyder cut seem to be a happy, open minded and all around pleasant lot.

Please don’t hate me for this. But with all the Snyder Cut stuff going on around here I just couldn’t help myself.