Isn't it a little TOO convenient that SPOILER and SPOILER are General Zod's parents?

I’ve been a fan of the concept of Krypton even before it aired. The advertisement for it felt good, and as a fan of sci fi story lines, and of course DC Comics, I was definitely interested in giving it a shot. Krypton turned out to be an awesome show with near movie quality CG and believable practical effects. Not only that, but the casting is great and the world building is very believable. I love the way that they set up the politics and class system in this show as it trickles down to how Kryptonians live and operate. I was elated that they brought season 1 to the streaming service because more people would get to see it and I’d get to rewatch it.

That said, there’s this tiny subplot in the season that just didn’t hit for me as well as the others. This subplot felt a little too convenient and placed there simply for shock value and, dare I say, is kinda lazy writing.

Yeah. That subplot didn’t hit 100% for me personally. After all of the good choices they’ve made this season, that’s the one that left me a little puzzled.

That said, bring on season 2! 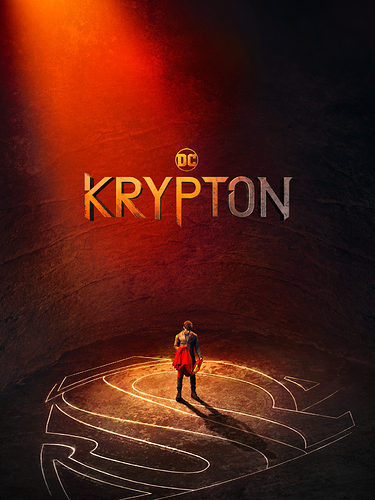 I think there might be a catch. General Zod can have El blood without being Seg’s actual son. Perhaps Lyta’s father or another ancestor was an El or clones are involved.

yeah a little too obvious, but by design; I suspect Zod’s true father is still unknown … to everyone but Adam Strange and the mysterious figure he spoke to