Is WB/DC in Danger!?

So I read an article about Warner Bros. New boss(?) and it doesn’t sound good! I’m legit worried this guy will ruin the company!

Am I overreacting or were others right and Discovery merging with Warner Bros. is like a McDonalds merging with A Five Star restaurant!

Is there hope!? Or are we doomed!?

There’s a New Media Mogul Tearing Up Hollywood: ‘Zas Is Not Particularly...

Days into his role as CEO of Warner Bros. Discovery, WBD -2.10% David Zaslav gathered movie-studio executives and grilled them about a recent string of box-office flops, including “Cry Macho,” a Cl…

Sure be worried about the boss in charge, but this changes nothing.
Ike Perlmutter was a trump supporter and he was the CEO of Marvel entertainment for a long time. Do you know how woke Marvel comics got when this guy was in charge during Marvel comics all new and all different era.
People are in charge of different things and the creative team or editorial doesn’t have to listen to their bosses political opinions on what they put in their books because that’s what free speech is all about even in a company operation.
Plus most writers are contractors, so they would jump ship if things get that bad and work with other publishers like aftershock or image comics, maybe Kickstarter or substack for independent publishing.

As for DC Comics, i’m not too worried, yet. Hopefully things will continue on as is, for awhile at least.

Also hoping we get a DC film slate for 2024 and beyond eventuality.

I was here for these same talks with AT&T. It’s a waste of time to worry.

Hopefully things will work out well in the long run.

And hopefully we’ll get another Superman movie in theaters before too long!

I’m totally concerned. I don’t think it’ll impact publishing, because these guys are as clueless as the last guys, it does suck for tv viewers, and not being one to watch tv, it’s unfair for me to weigh in on it much. I doubt you’re going to see a lot of changes in films. It’s a big machine. WB has long been interested in making more content for HBO. It’s the most profit friendly option for most studios. I see this crummy reality programming as a way of producing lower cost shows for a format they’re slowly stepping away from. 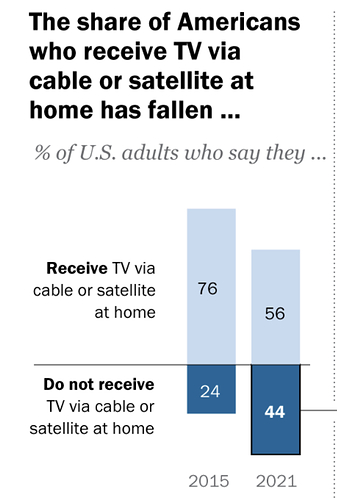 Warner Bros really did get out of hand with what they greenlit.

As for DC Comics, i’m not too worried, yet. Hopefully things will continue on as is, for awhile at least.

Maybe reorganize it a little and cut down on Batman books

What concerns me is that budgeting will be cut to bring down the debt that the new boss has acquired. You can’t have a proper dc universe without proper budgeting.

It also depends on what is seen as successful. Will a Shazam movie made for $90 million be considered profitable if it makes $366 million worldwide?

There are encouraging signs and worrisome ones. Zaslav mentioning that characters like Superman are “languishing” is both to me

. On one hand I want to see Supes return to glory on the big screen, and on the other I genuinely like what they’re doing with Superman & Lois and the comics. I’m also excited for the Superman animated show coming up. Will any of the things I like get cancelled? I hope not. Will we get a kick-ass Superman movie(s)? I hope so.

The fact that Zaslav wants to make WB profitable and the reported desire to create a “DC Studios”… that’s all encouraging stuff. I just hope that they realize that the business they’re trying to make profitable is a creative one, and that they find the right creative minds to steer it in the right direction.

My hope was that new ownership would see the value in DC’s archives and increase investment in the digitization project so that we can get more than the three archival issues a week that we’re currently getting (down, of course, from the previous standard of five a week). Instead, it looks like the exact opposite is happening. With all of the cost cutting that’s going on, we’ll be lucky if they don’t shut down digitization entirely…

Definitely want to see DC cutback on the Bat-books and give other characters a chance to shine.

I need my JSA & Stargirl ongoings dag nab it!! Also a new Hawkman book would be nice!

Unfortunately Batman seems to be the only books that are selling enough to actually keep DC profitable. Even sales for Superman are below what DC would like.

Well that’s a shame. PKJ’s Action Comics run is great! DC needs to do a better job of advertising Superman and their other heroes in general!

I think Action is one of the best books lately. Even if it’s awful, brand recognition should keep that a top 50 book. The fact that it could drop out of the top 100 is a real shame.

Whatever I did, I didn’t mean it.

Don’t see a chart on comichron for last month, but I do see a DC chart for March (you have to scroll down past all the charts for the non-DC stuff):

I honestly don’t think comics sales reflect pop culture popularity. If they did, then the characters with the billion dollar movies would be sitting at the top of the charts.

Then there’s the question of who puts these charts together and how they come up with the numbers. When everyone was with Diamond, there was one source. Now that DC and Marvel have other distributors, I feel like the numbers are a bit circumspect. Why separate DC into its own list? Not saying there’s foul play at hand. Just questioning whether these charts actually reflect reality.

I do agree that DC’s reliance in its marketing on Batman is very shortsighted. If they took a quarter of the energy they put into Batmanizing everything and poured into emphasizing the DC Trinity and showcasing all the amazing characters they have, they wouldn’t just be afloat, they can beat Marvel at their own game.

I hit the reply button by mistake while I was going back forth copying & pasting. You my friend are a class act as always. I was just a clutz.