Judging by the last scene of the season finale of young justice (not the end credit scene), I don’t think Wally West died. I personally think that Wally could have potentially ran to the future by accident, leaving everyone assuming him died.

The reason I say this is because the same thing (kind of) happed in the season 2 finale of Supergirl leading into season 3 with Mon-El being sent into space and ending up in the future with the legion.

Also it was revealed that Zatanna didn’t actually contact Wally West soul, but instead was a mind trick Miss Martian and her did to help Artimis mourn the loss of Wally.

Seeing that ring at the end left me wondering could the same thing potentially happened to Kid flash?

What are you guys thoughts? 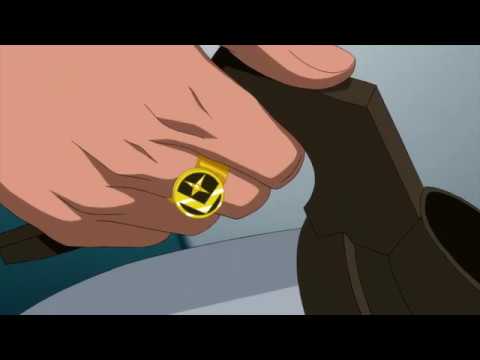 The first paragraph was reference to the season 2 finale ?

The…the spoiler is the title

I hope not, and a male redhead serving coffee with all the season 1 players there, would have been noticed.

Sam Humphries mentions this in yesterday’s DC Daily, and I concur. Wally needs to stay dead. In death he is the constant reminder of what’s st stake every time anyone goes out on an op. Wally has become a legend because of his sacrifice. And we get glimpses of his importance in flashbacks or in Nightwing fever dream. He is gone, but NEVER forgotten. RIP Wally, it’s what’s best for the team,

Sorry guys guys I should have clarified what I meant, I think the waitress was Saturngirl not Wally!

Bc in a short glimpse you could see a blonde ponytail