You’re not alone. I have been very vocal about disliking The Batman. One of the most boring DC movies I’ve watched.

Not a huge fan of it outside of the cool Batmobile chase. But I love the Bale and Batfleck movies, so I’m not too salty. New fans have their fave now, I have mine.

Yes I actually left and watched certain parts when I was told it was important. My cousin rented it and we watched it at his house.

1- Not a hater.
2- Watched it in theater, and purchased on digital despite disliking it, to keep that DC movie library complete.
3- Purchased the McFarlane figure for the Batman shelf, though it finds its way into storage now & then as I tinker with stuff.

Maybe I’m too much of a DC loyalist.

We are, after all, subscribers to DC’s comic servers.

Batman doesn’t listen to Nirvana. That is all.

I said pretty much everything I needed to say about it here:

I… didn’t like it. I wanted to. Really, I did. I mainly avoid trailers, but the quick snippets that I saw made it look very cool, so I was looking forward to seeing it. But, ultimately, the movie just didn’t connect for me. I think the major problem is: this wasn’t a Batman movie. Not really. Sure, it was about a guy who dresses like a bat and calls himself Batman. But that doesn’t make you Batman. You could easily swap out the Batman in this movie for The Shadow, or Crimson Avenger, or any oth…

I loved it! No real complaints save for just wanting more. Now do I love Burton’s Batman ehhh noooooooo. Hell, I’ll take Schumacher’s, hell the old serials over Batman Returns.

I dont like 89 either. Havent seen the rest of them do to the fact that I didnt like that one.

I can give '89 a pass. Mainly because it’s pulpy, has a Golden Age vibe to it and well most of all…Jack Nicholson. But Returns is just a gross Burton film spewing all kinds of Burton-isms that just happens to have a Batman license. I find it odd when people will say well ‘Bane didn’t so and so in the comics’ for Rises, but nothing like that for The Penguin or Catwoman. Oddly, they both get a free pass.

You could easily swap out the Batman in this movie for The Shadow, or Crimson Avenger, or any oth…

Reminded of season one of Daredevil. Where Matt Murdock dresses in all black and looks a ninja. It also reminded of this old superhero show I used to watch on NBC. 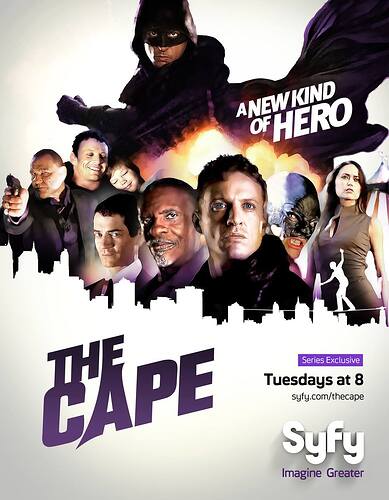 Season 1 is based on man without fear costume.

Not a fan of this film! Almost no delineation between Bruce and The Batman. Worst representation of The Riddler ever. Oh, the suit was terrible, could not see the bat on his chest. And really, running a gauntlet of repeated automatic weapons fire at such close range without even losing his footing? Again, really?
What, he had a force field? Too bad this franchise didn’t get scuttled by the new guys in town.

I do see a problem like the Nolan films: in Batman Begins, Rhas Al Ghul spells out his goal of Gotham society collapsing, and then Joker does essentially the same thing in Dark Knight, and then Bane does the same thing in Dark Knight Rises. They all had the exact same aims, so all three were essentially interchangeable, or you could have made Rhas the villain in all three films.

Reeves’ drastic makeover of the Riddler makes me wonder if the villains in subsequent films will be variations of the Riddler - a vaguely political domestic terrorist who wants to kill off those he believes ruined his life.
Now that Batman has already disavowed vengeance as a motivation, seems like there’s nowhere for his character arc to go. I sure hope they get Zoe Kravitz back as Catwoman, though I fear that isn’t in the cards. I thought the movie was definitely a success, and that Pattinson was the best Batman, but I don’t think it is well positioned for sequels.

My top three Batman actors are,

And with HBO MAX now ditching two great shows from the DC HUB,

I really have low to no hope that 2023 will yield anything great for DC movies or shows in general.

Also, though I’ll be happy to see more of the Penguin, he isn’t going to be convincing as the main threat for any future film. Though maybe if he goes out and hires Slade as his star hitman, maybe that works out…

I’d say that Nolan definitely is interrogating specific fears in the trilogy, but I also think that each one’s motivation is different - Ra’s wants justice and balance in the world, keeping the level of evil at bay. The Joker wants chaos, very different. And Bane just wants revenge - perhaps similar to the Joker, but having an actual motivation rather than laughing as the world burns.

I hope that Reeves doesn’t just have creepy serial killer expies in the future films. That would not be fun for me at all.