Is Superman Returns worth watching?

Just watched Superman 1 & 2 and I’ve been told that 3 isn’t any good, but even though it’s not on DCU should I watch Returns?

Give it a try. It’s not the best or worse but just give it a shot and decide for yourself

This was the first Superman movie I ever watched as a kid; only watched the classic ones recently. It’s very much an homage sequel. It doesn’t directly continue on from Superman IV, but it was much trying to pay respect to the classic Superman films. Brandon Routh was a dead ringer for Christopher Reeves, and Kevin Spacey channelled Gene Hackman’s Lex Luthor rather well, though playee it a bit more menacing.

Having said all that, the film has one major problem: it’s BORING!

A lot of superhero films had come out by the time Returns was released and they all set a new standard. This film felt like the classic films but with a modern budget and a little less cheese. Brandon Routh may look like Reeves, but he lacks any of the charm, and winds up playing second fiddle to the rest of the cast. Superman also doesn’t really do anything exciting, he gets a chance to showcase his powers but he has no interesting foe to use them on. This movie is about two hours long and very little of interest actually happens. I actually found myself dozing off in the theater.

Bottom line, if you really, really likee Donner’s Superman movies, you might like this one, but if you’re looking for a a fun, entertaining, or interesting Superhero film, this is not it.

Some of the action scenes are great. The suit isn’t the best looking. Kevin Spacey as Lex Luthor was entertaining. It’s better than 3 & 4, but 1 & 2 are better. So it’s in the middle.

I thought it was pretty good.

Other than Kevin Spacey’s portrayal of Lex Luthor, the movie was hot garbage.

Yes… I think the movie is a great continuation of the Christopher Reeves run of Superman movies.

And as much as I love brandon routh as the atom I prefer him as Superman. 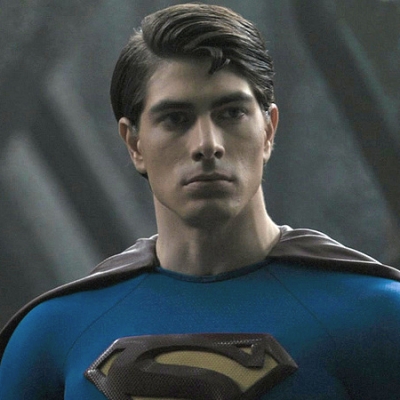 Well Superman Returns technically takes place after Superman II and Superman III and IV don’t exist, so if you’re a superman fan, do yourself a favor and watch this movie. it’s not the greatest but it’s not the worst either. There are actually some really good scenes.

Brandon Routh was kind of hanstrung by having to recreate Reeve’s version of the character instead of creating his own, and the plot is sad in places. I saw it in the theater but not since. OTOH., it gives context for the recurring “cousin” jokes between Ray and Supergirl on the CW crossovers.

3 isn’t very good as a Superman movie, but it’s one of the few family-friendly films that will give you a taste of how funny Richard Pryor could be. 4… tries to be inspiring.

I will defend the third and fourth Reeve movies, though I’m fully aware that nostalgia plays a role in my feelings toward them. They are not as strong or as classic as the first two, but they have their moments (the junkyard scene in III springs to mind).

Returns also has its wonderful moments as well as its weaknesses. There is a particular plot element in it that I don’t care for, but like the other movies, I don’t think it earns nearly all of the negativity it gets.

My advice with any of these movies is to watch them and form your own opinions. Don’t dismiss things just because some people don’t like them.

You should watch 3 and 4, they aren’t great, but it’s still fun to watch Reeve. Superman Returns is worth the look as well.

It’s not bad, but it’s kinda boring and Routh’s costume is terrible.

Imagine if, instead of making Batman Begins, Christopher Nolan had done a direct sequel to Batman Returns. He cast a dead ringer for a young Michael Keaton, got a recent Oscar winner to step in as the Joker, used a screenplay that followed every story beat of the 1989 Batman movie, and tried to mimic Tim Burton’s visual style. That’s what Superman Returns is to the Richard Donner Superman films. If that sounds good to you, definitely give it a shot.

It can be a bit boring, but if you like Superman you should watch it.