Is Man of Tomorrow the Start of the New Timeline?

With little to nothing to new to watch I bought Man of Tomorrow. No spoilers. Just wanted to say how epic it was. Great way to start a new timeline. Was this the beginning or is one of the CW movies, The Ray, Deathstroke and Constantine , the first? The Ray looks like Earth 10, but who knows, maybe it’s still in this timeline just different earth.

As far as I know, it’s just supposed to be it’s own thing. So yeah, theoretically unit could be starting a new timeline. Also the idea is that Vixen and Ray are part of the Arrowverse, City of Demons the DCAMU, and Knights and Dragons is just its own thing as well.

It looks like the director is hoping that this will kick off off a new animated universe, but it’s not confirmed as of yet. My guess is that WB Animation may wait to see how this is received before deciding if it ends up being a true standalone or not. Personally, I wasn’t a big fan of the movie, so I’m kind of hoping it just stays in its own universe 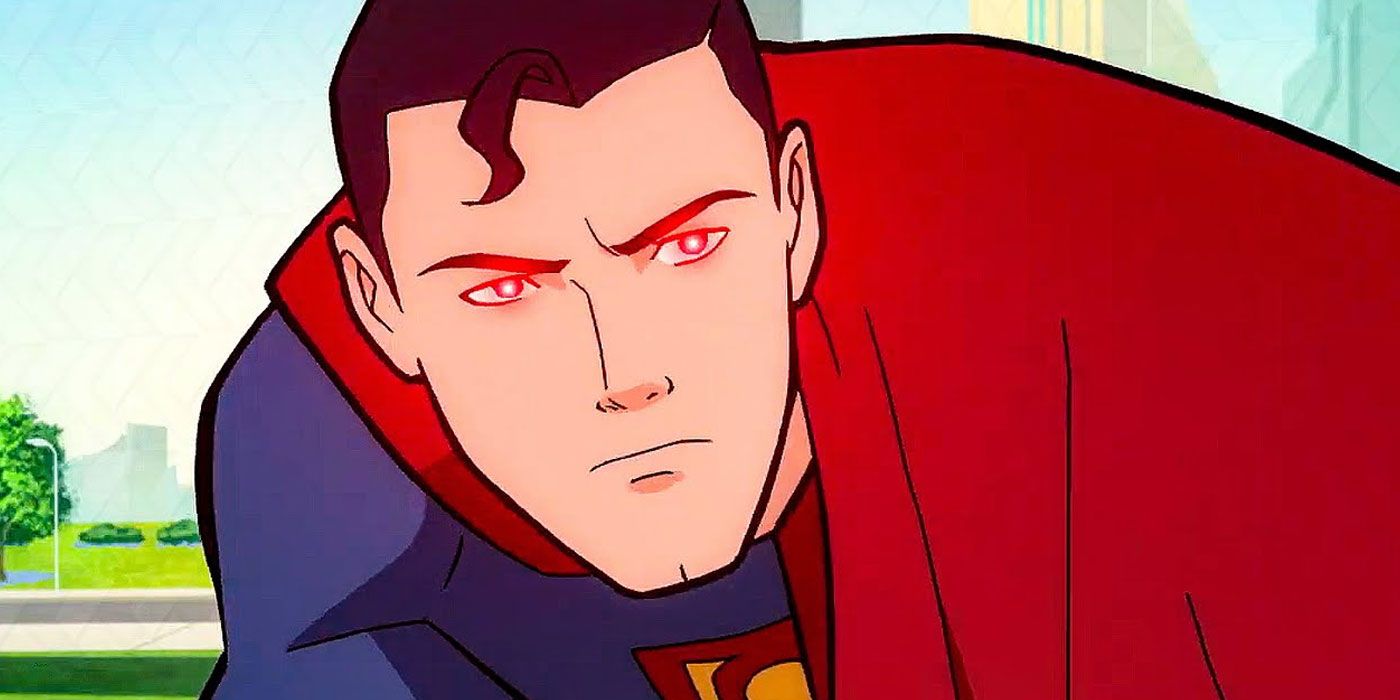 Superman: Man of Tomorrow director Chris Palmer hints at more Superman animated movies, with a fresh start for the superhero.

fair bit of thinking on them

The animation style seems a bit odd for a Superman film. Reminds me of Archer.

As long as it is good who cares

I love Man of Tomorrow. In my opinion the best Superman movie to date. I sure hope this starts a new timeline and hopefully one where all characters introduced get their own time to shine and arc rather than just the Trinity and Damian. I was so mad.

I’ll be waiting a week

I think this entire “shared universe” is kinda a dumb idea. Let the films be what they are for a while. Take the ones that don’t contradict others. Then and only then, put the ones that fit into a timeline and go from their.

Marvel had 99.9995% of its stuff in NYC, Manhattan ain’t that big, they were going to run into each other. DC is more geographically diverse, so a “shard universe” isn’t really an issue.

That said, I really liked Man of Tomorrow, and I really hope it gets many sequels in a series, with equal focus on the same themes of space aliens and alienation! It’s a great story and it deserves to be continued!

How about Booster Gold arrives and feels alienated in the new timeline? The movie is called “Green Lantern.”

@Nether-Lohengrin, do you mean “Man of Steel” from Zack Snyder or the animated movie being physically released soon?

Animated one, kind of like in 86 when John Byrne did his. The JLDA movie ended one timeline.

They do a good job cramming Marvel movies in NYC. But in the comics SE (Stark Enterprises) has always been out west. West Coast Avengers are out west, Ant-Man is in Florida and the Civil War comic were spread out all over the states. This idea that Marvel movies have the monopoly on continuity is new and is usually held by those that just watch movies. Marv Wolfman brought idea to comics with Crisis on Infinite Earths. Too many differences through the Ages. There is continuity in cartoon series’s and I think this last run of movies was the first time it was done over more than 3 or 4 movies. And there were plenty of one shot movies mixed in too. Ninja Batman, Sherlock Batman. I do agree that all the movies don’t need to be continuous. Maybe they can tie it into John Ridley’s History of the Other DCU. New blood and new ideas are good. It’s what this industry needs. But continuity is cool too. I’m tired of the same stories told over and over. Just getting animated version of classic tales is easy and lazy, imo. Unless it’s the new Death in the Family animated movie. That is genius. Interactive comics brought back.

Do you mean the Death in the Family animated one? That looks awesome. I can’t wait for it.

It took Marvel decades to get out if NYC. West Coast Avengers didn’t even start until 1984. The Hulk was in the dessert (so Nevada/New Mexico) but Henry & Janet Pym we’re both in NYC. The X-Men was were always in upstate NY. So, yes marvel finally diversified into a few other locations, but it took them decades to do so.

As for “shared continuity”, I don’t think it’s needed for several years. Let stories stand on their own. Some of the best DC animated films have been the Elseworlds that are outside continuity.

They can do both. Have continuous stories and stand alone. Why pander to one type of fan? They had stand alone movies along with the continued story. Batninja, Sherlock Wayne, Fatal Five, etc. If you don’t like continuity don’t watch it. To say they shouldn’t do it because what? You don’t like it, they did it already or it’s just something to debate?

I didn’t say they shouldn’t. I said

As in, it shouldn’t be mandatory.

@batdad1975, the Byrne superman was “Man of Steel”