I saw on Wikipedia that apparently is very racist towards East Asians and has done some questionable things. I love his work, everything I read from him I loved! If he truly is racist then that’s just heartbreaking.

yeah he is. i didn’t know that until rn dang it

I find it funny you just learned that and you quickly accepted it meanwhile I still find it hard to accept.

This looks like it could potentially spark some very insightful conversations, and we’re all for that as long as we don’t get too crazy, if you know what I mean! If you’d like to see an example of another discussion that provoked mature and constructive conversation, see How DC Comics Has Failed to Support Black Voices. I look forward to hearing more healthy discussion on this topic.

There have definitely been some troubling accounts, to be sure. I’ve seen Asian readers discuss how he simplifies and minimizes the charactierizations of Asian characters in his work – for instance, how he went out of his way not to include Cassandra Cain when writing Batman’s supporting cast in Hush, and using Lady Shiva in several works as a depthless stock villain. There are also the concerning remarks of Peter Shinkoda, and his accounts of Loeb’s attitude while running The Hand storyline in his Daredevil TV series.

Personally, I believe that Loeb’s disregard for Asian characters and representation is one of ignorance and lack of perspective, rather than particular malice, but that makes him no less accountable for it. All of us have flaws, and as long as we acknowledge and work on those flaws, then we’re doing okay. However, I’m sorry to say that I haven’t seen any evidence that Loeb is making an effort to own up to these accusations.

Same, and it makes you rethink what he was going for with his version of Toyman.

I remember that thread, I want to look deeper into that but that’s a lot of reading.

For all seasons, The Long Halloween, dark victory, and his Superman/Batman run made him one of my favorite writers.

I tried to dismiss them as oh maybe he just doesn’t like these characters but I can’t deny what’s he’s don.

You mean Hiro? I just thought of him as a huge batman and superman fan(or am I missing something?)

Contextually, the fact that he’s a giant robot nerd obsessed with Power Girl’s chest kind of plays into some cliche “Otaku” stereotypes.

Impossible, he’s too thin and doesn’t have a body pillow, jk.

Wow I never saw it that way

Doubtful. Especially after reading the wiki and their reasoning.

It makes me sad how some people treated others that can be hurtful and mean, wish we can all just get along with everyone, no matter how different they look.

Personally, I believe that Loeb’s disregard for Asian characters and representation is one of ignorance and lack of perspective, rather than particular malice, but that makes him no less accountable for it. All of us have flaws, and as long as we acknowledge and work on those flaws, then we’re doing okay. However, I’m sorry to say that I haven’t seen any evidence that Loeb is making an effort to own up to these accusations.

Solid take on situation. As crude as it is, personally I agree with your assessment. Not trying to twist your words, just adding my 2 cents. I feel it was more of a financial decision, not condoning these kind of things and as well, a human and fan I think it was the wrong choice, but I think it seemed more out of ignorance and lack of perspective than a malicious attack on a group of people. As far as this particular incident at least.

Also love For All Seasons, one of my favorite Superman stories & I love his Superman/Batman, Halloween & Victory stuff.

Would have loved to have seen that character development with Nobu & Gao.

Not easy to find out and he should try to remedy these things.

Thanks for providing the sources.

Random side note:
I think it was before the DCU maybe not but I actually remember seeing you cited for an article you did on Batman’s Jewish origins. It wasn’t in the Haaretz or JPost or anything like that, I can’t remember where but I connected the dots one day while talking about the subject recently. Anywho, that’s cool, congrats.

I think most people above have put it well. There’s no way to 100% know exactly what is going on in someone’s head. So, I’ll try my best to act in good faith and say that these are actions made out of ignorance rather than malice. That is, of course, not to say that this pardons his wrongdoings and makes it so Asian-readers aren’t hurt by his choices. I think those who feel offended by his work are totally valid and I respect them fully. I care more about them than I do Loeb.

All that said, I think the best thing we can do as a fandom (and DC can do as a company) is have open and honest dialogues such as this. Allow Asian voices (as well as other minority groups) to lead these discussions and help everyone better understand how to support them and ensure these things don’t happen in the future. DC, and all comics, should be a place where all are welcome. I think progress can be made so long as we talk and (more importantly) listen to one another.

Not much else to say. Dissapointed, but hopeful for the future.

I found the wikipedia description unconvincing. It was too much circumstantial evidence.

That’s what I thought too, part of the reason why I made the thread because I wanted to see what others think.

Decided to check on two of the footnotes (safe to say there is nothing good on buzzfeed).
Marvel Executive Jeph Loeb Is Under Fire for Wearing a Karate Uniform to Promote “Iron Fist” | Teen Vogue is terribly done. Are they saying that as a huge Ninja Turtle fan it would be racist for me to make and wear a Shredder costume? 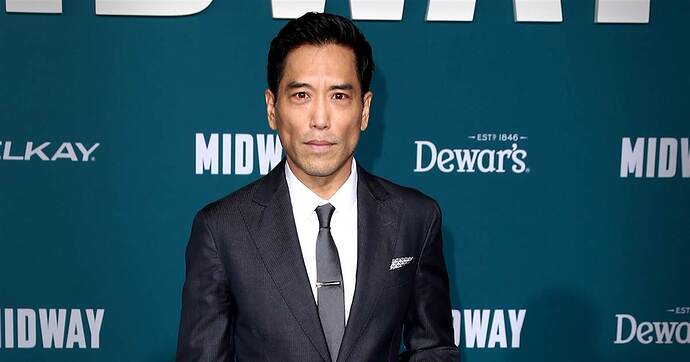 "Nobody cares about Chinese people and Asian people,” Peter Shinkoda, who played Nobu, said the exec communicated to the writers.

This is a much better one.

“Peter Shinkoda, the actor who was featured in Marvel’s now-canceled “Daredevil” series, accused Jeph Loeb, former head of Marvel Television, of making anti-Asian comments and cutting his character’s storyline.”
This makes it reasonable that he is just mad at having a role that he thinks does not get enough screen time.

His later statments are accusations of actual racism, not just saying Loeb is merely ignorant. The accusations are that he goes out of his way to avoid using them deeming them unmarketable, and easy to kill off by the hundreds as villains.

It sucks, I really like his work too but he’s actions are inexcusable. The stuff he did while producing Daredevil was bad and it breaks my heart so much as one, he has made some classic comics and two, Daredevil is in my opinion the best TV show I have ever seen (yes, even sometimes better than Batman: The Animated Series). I try to mostly focus on his early work like Long Halloween and anything before the 2000’s, but his later stuff kind of bothers me a bit so I try to avoid it.

I totally agree with @OmniLad here as I feel disappointed in Loeb for not actively pursuing the ability to become better and atone for his mistakes.