Steve Ditko’s The Creeper is the alter ego of Jack Ryder, a bombastic sensationalist TV journalist. These days, you’re far more likely to see Ryder show up in a comic or video than The Creeper himself.

My question today is: is this phenomenon unique? Are there any other characters whose civilian identities have eclipsed their super-egos? Or is Ryder the sole claimant?

That’s a really good question. I have seen a lot of appearances of Jack, but not the Creeper. Some second-string superheroes often get a similar treatment. Dr. Kitty Faulkner is often just a scientist and not Rampage. Other than that, I think he is pretty unique. Though I would love to see some more creeper in the comics and here on DC Universe.

I think the Creeper is a really cool/unique character and I wish he got more traction.

I think the question is more on a meta level: How often do you see Bruce Wayne but not Batman in a story, or Clark Kent but not Superman?

How often do you see Bruce Wayne but not Batman in a story, or Clark Kent but not Superman? 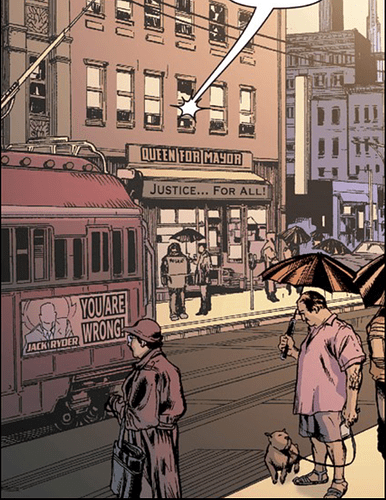 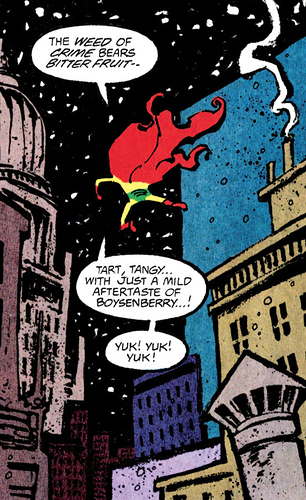 @tuxnut Again, how often do you see Bruce Wayne in a series that Batman doesn’t appear in? What is the scale of Batman appearances to Bruce Wayne appearances? Like say Bruce’s mentioned once in say, Blue Beetle. That’s not what we mean. If Bruce was a reoccurring character in Blue Beetle but he was never Batman, that would apply here.

I would give the closest approximation to be Jason Blood. Mostly because much like the Creeper, it is a jekle/Hyde situation.

Whereas Jack Ryder is used by writers in stories more frequently in his civilian identity than he is as the Creeper. You’re more likely to see just Jack Ryder, loudmouthed talk show host, than you are to see the Creeper, cackling crazy yellow-skinned superhero. The question is if any other characters are like that.

BatJamags is right. I’m not asking about characters who are more recognizable in FICTION as their alter egos, but those whose alter egos are more present in the COMICS than their super-persona.

I might say Jeremiah Arkham is more present in his civilian identity than as Black Mask. But he hasn’t even been Black Mask for a while.

I would give the closest approximation to be Jason Blood. Mostly because much like the Creeper, it is a jekle/Hyde situation.

Jason Blood comes close, but I think you’re just as likely to see him independent of Etrigan as vice versa. He lies right on the borderline.

Hmm. I think what makes Jack Ryder unique is that the writer has the choice of using one alter ego, or both, to serve their story. The only other character like that who comes immediately to mind is Jason Blood. After all, if Clark Kent or Bruce Wayne appear without their other selves, there’s kind of wink to the whole thing. Ryder and Blood can function without their alter egos.

I feel like Kate Spencer is referenced more than manhunter all the time. That’s just me.

You know what? That’s a good point. Kate appears a lot more as a lawyer than as a vigilante since her series ended.

I think between the end of her series and now, the only time we’ve really seen her in a big role suited up was in Leviathan.

Kate appears a lot more as a lawyer

suited up was in Leviathan

I know we haven’t seen her as Manhunter, but where was she as Kate?

Green Arrow for awhile but I’m not up on current events.

Yeah, she was in the Benjamin Percy Rebirth run of Green Arrow, when Oliver Queen was accused of murder, she was his defense attorney – much to her chagrin, because he kept doing the exact opposite of what she wanted him to do.