Is it possible Red Hood could make an appearance in Young Justice Outsiders?

So I am currently re-watching season 2 of Young Justice and I was looking at the memorials they have for fallen members after Artemis’ death and there is a Robin displayed now clearly that is Jason because there is a 5 year gap and Dick has become Nightwing and Robin is now Tim Drake so clearly Jason was a member at some point and died(presumed to be killed by the Joker which was eluded to in the Injustice League episode) I believe the chances of Red Hood appearing are pretty high since they can get away with more now that the show isn’t on a network strictly for kids. 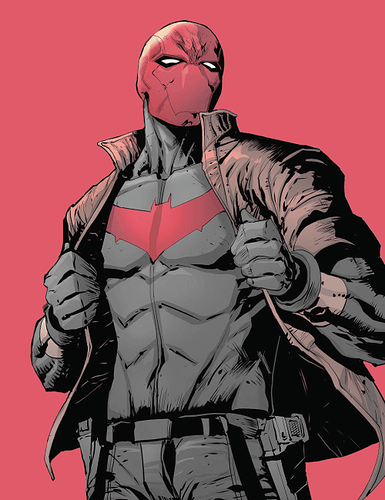 Yeah and since the show has a large variety of characters. I wouldn’t be surprised if he makes a small appearance in the show

He was part of a team called “The Outlaws” in the new 52 with arsenal and starfire. They hinted at the team when the other metas static was with, ran of with the original Roy. I don’t know what their stance is on starfire(They may want to put some distance between the team and the Titans), but it would be easy to integrate into the story.

History would be on your side as YJ loves to integrate characters throughout the season. Just 1 of a million reasons this show is so beloved.

He’s dead nobody remember the statute of fallen heroes

Alright so I am finally responding to a thread relating to this. What I was tgink for Jason Todd in season 3 is that a whole episode to him would be good. In terms of the episode what I was thinking is that Ra’s al Ghul resurrects Jason and then the light brainwashes him and becomes an operative for the light working with or replacing deathstroke. Also the reason he becomes Red Hood is because the light gave him that identity to hide from Robin, Nightwing, and Batman.