Ok I’m sorry if this seems like a dumb question but I was thinking that injustice is political since superman fascism, Batman created an Insurgency to stop him. Those are the only 2 I can think of. Is there more or am I just over thinking it? 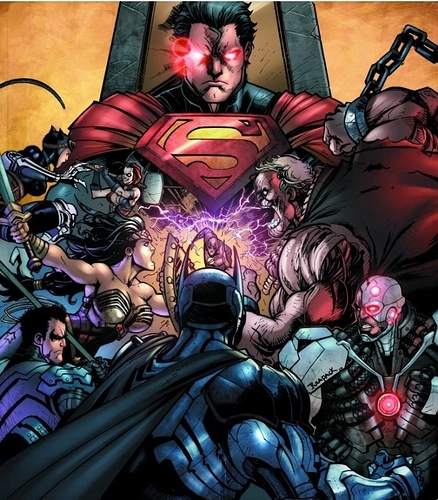 I don’t think you’re overthinking things, politics were an element in the story since Superman literally created a political system to rule the world. I’d say the focus is more philosophical/psychological about power corrupting good people and the ends justifying the means, but there’s totally a political aspect to it.

Are there more political aspects?

Injustice is basically a darker version of Marvel’s Squardron Sumpreme miniseries from 1985 which was more philisoical in nature.

yeah, but most things are on purpose or not, writers, bias, thoughts, emotions and yes politics go in, but anything that involves a facist government and actions to overthrow it is going to have more political undertones than say a story about Superman or batman stopping a mugging or moving train. the comics are definatly more politcal base since it is telling a story rather than fighting people

But is that all? Or is there more politics involved?

When I get marvel unlimited I’ll be sure to check that our.

I do love the drama of batman and superman’s beliefs clashing.

It looks like you want there to be more. Sure, you can stretch it and say Superman is anti-kid because he killed Shazam or his need to control crime after losing his love is more tech-based, but I don’t see anything like asses and elephants.

I guess I was hoping there would be more.

Only in a very simplistic sense. My definition of “political” is “does it have significant political commentary or themes? Does it actually have something to say?” and Injustice really doesn’t have anything with more depth than “autocracy bad”. Hard Travelin’ Heroes is political. Watchmen is political. Injustice? Nah. Any political imagery is purely window-dressing.

Ultimately the point of Injustice is to give you a reason for heroes that would normally be on the same side to be fighting one another in a video game.

Ultimately the point of Injustice is to give you a reason for heroes that would normally be on the same side to be fighting one another in a video game. 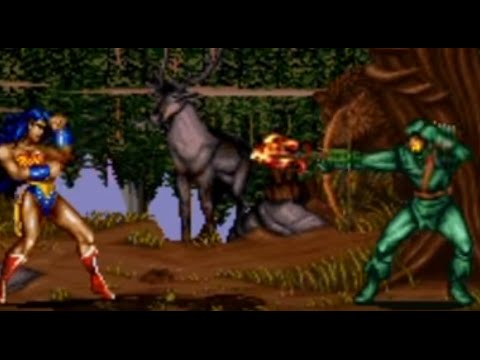 IIRC wasn’t the reason in JL Task Force that whatever hero you were fighting was being mind-controlled by Darkseid’s minions? I just started collecting Genesis games again, maybe I need to play that again.

But then again there are several better DC games on the console…even the Superman games were all right.

whatever hero you were fighting was being mind-controlled by Darkseid’s minions?

I think the implication is that they’re clones created by Darkseid.

Oh, and I linked the SNES version, not the Genesis game. Those old battle lines from the 90s are still there in my mind.

I was definitely on the Genesis side, though I’ve played a lot of SNES games in the intervening years and I realize how much they both complement and challenged each other.

Although, JL Task Force was a pretty middle of the road fighter on both consoles. Though still one I have a ton of nostalgia for.