Is Doomsday Clock Even Canon Anymore? 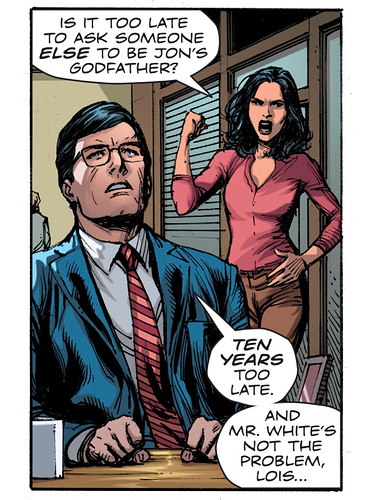 image1536×2048 1.4 MB
I’ve been rereading Doomsday Clock to prepare for the finale on Wednesday and I’ve been wondering… is it even canon anymore?

Doomsday Clock has been my favorite comic these last 2 years. I don’t want to see it become a wasted story.

They’ve said that it’s still in canon and things will make sense. I’m willing to wait until the last issue drops this week to see how well that holds up.

Scott Snyder confirmed in a recent interview that they’re definitely working toward making sure it’s fully canon and in line w/ the current comics. It’s definitely occupying a weird space in the DC continuity right now, but we still have the finale and whatever will be happening afterwards to come, so there’s still time for it to fit back into DC’s plans. Regardless of what happens w/ that, I know I’m not letting its continuity status ruin what has been a pitch-perfect comic so far

I’ll plunk down cash for it digitally, I just hope it isn’t $10.

A wasted story is only wasted if you make it so.

Or the writers and editors make it so.

Personally, I’d be crushed if it wasn’t canon. Johns’ depiction of the Metaverse being in a constant state of change is such a fantastic way of explaining how everything fits in the DCU. Looping the Watchmen characters into it definitely gave the story a much slower pace to allow for world building and character development, but seeing as I’ve waited this long, I really hope the payoff is worth it.

I disagree because canon shouldn’t make a story that you enjoy mean less. Might be in the minority with that opinion but whatever

Especially if its canon at the time, if its changed later that doesn’t matter to me… Not going to effect my personal enjoyment

Doomsday Clock explains pretty much the entire DC timeline. It’s incredible. There are all the rumors about 5G, but Doomsday Clock seems to have already solved the problems.

My main point was that writers and editors do a lot to affect a story, being the primary source and all, and decide how and if it affects canon. There’ve been plenty of conceptually good ideas that suffer from terrible execution. Sometimes a story has a strong start or consistently good flow, but for whatever reason the ending fails to hit the mark. Either of which can be worse if they’ve contradicted canon in some way, be it for an event or for a character. Some stories are made canon when they’d have been more palatable as Elseworlds, as they “never should have happened”. [Angrily shakes fist at Tynion]
It doesn’t help that DC’s terrible leadership has had trouble managing their canon for a while. In part, perhaps, because certain people, in power and otherwise, seem to want to muck things up for their own personal wants and not fidelity to characters or history.