Is anyone elses interested in seeing some Green Lanterns in Young Justice S4?!?

Id love to see some Green Lantern action in Young Justice, but I’d love for it to be one of the Lanterns that doesnt always steal the spotlight. I feel like Hal Jordan and John Stewart, though they are both amazing in their own right, have been far too over done. They also wouldnt fit the age mold for the current Young Justice cast of heroes. I really enjoy that they have brought Kyle Rayner to the current Titans run and i think they could do something similar for Young Justice. Kyle has always been my personal favorite when it comes to Green Lanterns. I’m sure it has something to do with myself growing up in the 90’s, but i feel like either him or Jessica Cruz would be wonderful additions to the team and a great chance to showcase some of the less popular Green Lantern characters. Just a thought =)

Any would be great Cruz or Arisia would be my picks. 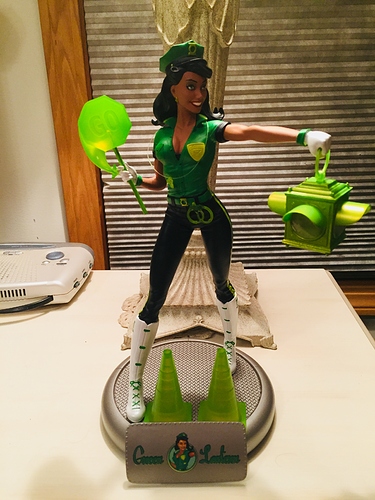 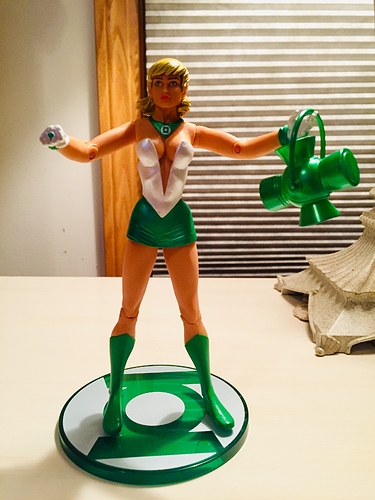 Yes! Even though they are a Galactic/Interstellar peace keepers, it hadnt even crossed my mind to showcase a Lantern that wasnt a human lol. Great Choices!!

Those are just 2 of my favorites. However, with what I’m assuming to be Saturn Girl, but definitely a LOSH member/ ring bearer in the finale. Plus YJ always pulling surprises, could be some future or non-human space characters coming?

It would be cool to get a little more GL action, but remember that Young Justice has always been focused on younger heroes. The Green Lanterns are typically above that age group.

I’d love if they did Jessica’s origin! She was young when she was chosen and they could definitely make her an older teen for the show so she fit on the team. The mental health representation would be great for them to address through her story and would fit into the overall story messaging.

I agree. That angle could actually fit into a lot of different shows. Supergirl dealt with a character going thru PTSD and Jess is exactly the kind of positive-leaning post-trauma girl power that a show like that could use. On YJ, characters like Tara Markov and Harper Row could be shown getting help too. Maybe at the same facility they meet Jessica and she’s cool BUT OH NO the Crime Syndicate from earth-3 attacks! And everyone is swept up into an adventure !

Has there ever been a younger green lantern? It’d be great if they could find one to add to the team.

Yep! They’re both fairly new, but Keli Quintela is an eleven year old introduced in the current run of the comic Young Justice(which should not be mixed up with the spinoff comic from the tv show) she’s kind of a green lantern, although it’s rather complicated and hasn’t been fully explained yet
Tai is another one, and I don’t know much about him, but he’s 13 and from what I understand he inherited his grandmothers ring in the Legacy graphic novel.
So yes, there are younger GLs, they’re just fairly new(and Keli isn’t quite a GL anyway-she’s using this odd armband thing given to her by a dying GL, but it has the same effects)

@HubCityQuestion I was hoping that since they hadnt introduced many Lanterns, that they could take someone like Kyle or Jessica and maybe put them in their early 20s so they could be somewhere within the original teams age range =)

@brainofjtd Youre absolutely right. Wouldnt want them to shy away or take time from her back story if they did Jessica. She is such a well written character!

@bluesilver OH! Im not familiar with them. Looks like im doing some research today =)

I don’t know much about any of the green lanterns

Perhaps other lantern corps too? If they had a green lantern, they would obviously get tangled up with red or yellow lanterns too.

@JasonToddGod - Well you are most definitely in the right place to do so. Theres ALOT of backstory though so it can be a hard to figure out where to start. If you can get past the older artwork and cheesy jokes, id check out The Green Lantern run that started in 1990. Theres alot of rich storytelling between there and Blackest Night/ Brightest Day!