Is Alfred A Villain? 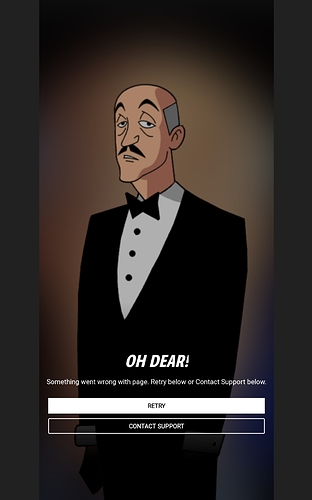 Screenshot_20210320-145958_Infinite1200×1920 283 KB
A few days ago I was reading Batman The Adventures Continues #15, Alfred and I had a little fight, I kept hitting retry so many time and he wouldn’t let me see a page!
Hopefully the @Moderators doesn’t mind me teasing my rival who likes to tease me with a page not working.
As much as I like Alfred I wish it would be any DC villian that would keep me from reading. Maybe like Joker for example…
Joker: HAHAHa, Jokes on you! Hit Retry or ruin the fun by contacting DC Support!

What you guys think of Alfred or post what DC Villian should replace Alfred? This is all just for fun.

I figured it’s just Alfred cleaning up the mess but since it’s all digital then Oracle would be a nice change. On your idea though Livewire, Brainiac, or Calculator would be cool like I said because of the digital format but I would love to see the Reverse Flash meme. It was me Barry! I messed up your comic.

When I think of “Retry” I think of gaming. It then seems to me The Gambler would be a good villain to replace Alfred.

what DC Villian should replace Alfred?

I thought this was a serious question and I was thinking, “Villain? Nah. The world’s worst enabler? …Maaaaybe?”

I actually like the Joker idea, I can’t unsee it at all.

As for Alfred, I think it’s more of a “there seems to be a problem here” type of scenario.

Alfred is the most dastardly villain of all. Batman thinks he stopping villains but it just Alfred using him to clear the board so he can rule.

The Joker idea is cool.

Alfred is the most dastardly villain of all.

In fact, he is Bruce’s most dastardly villain 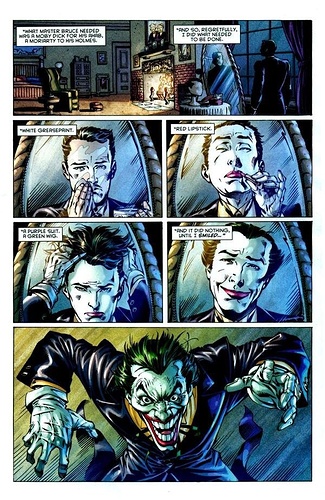 It was him. I remembered reading this but couldn’t remember if it was Alfred or not who jokers for Bruce.

This happened to me 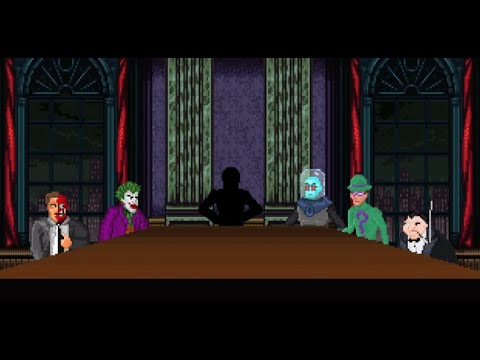 It’s thanks to that video that I found whatever happened to the caped crusader by Neil gaiman.

That makes sense to me. Like for Hal Jordan, it’d be Sinestro, for Barry Allen, it’d be Captain Cold, and so on.

I haven’t read any JSA, isn’t black adam more of a shazam villain?

He migrates a lot. His storyline that made him famous had no Shazam in it, and the famed “Black Reign” storyline and its direct sequel are much more about Hawkman, Atom Smasher, and Stargirl, than Shazam.