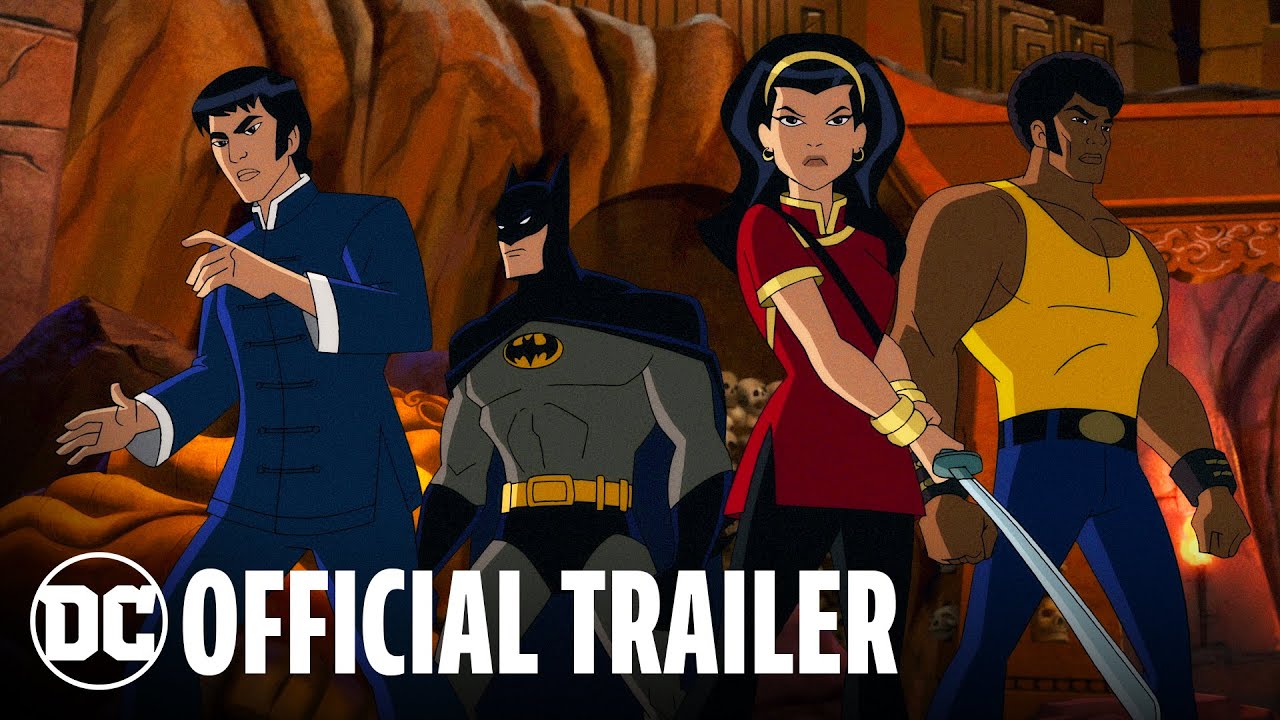 Did you have the reflexes of a kung-fu master and watch Batman: Soul of the Dragon quicker than the blink of an eye? Let us know what you thought in the comments below!

I feel like I’ve been starving, and today I have feasted. This movie isn’t a great Batman movie. It’s far more than that. It’s the absolute best of the martial arts end of the DC Universe, done with reverence and respect and metric megatons of fun. The animation is gorgeous, the characterization is razor sharp, and the fight scenes? Some of the best that have ever been featured in any DC production. This isn’t a movie about Batman: this is a movie about the men and women of the DC Universe who fight BETTER than Batman. There’s an entire world out there to explore beyond the shadow of the Bat, and BATMAN: SOUL OF THE DRAGON invites you right in.

Denny would have loved it.

so will this and other DC animated stuff show up on HBOmax in three months like they did with the animated movies and DC universe?

We don’t have an announced time frame, but the last DC animated film, Superman: Man of Tomorrow, debuted on HBO Max this month after its original release in late August.

This movies going to be weird. I’m excited to watch it!

How is the sneak peak of Justice Society World war 2? I am ready for Hawkman.

Didn’t see one on my copy. It just got straight to the movie. Maybe it’s just on the DVD.

This movies going to be weird. I’m excited to watch it!

Absolutely, and I want it immediately.

By rule of thumb it should make a comeback this decade.

Batman: Soul Of The Dragon just came out! What are your reactions and critique?!

This movie was awesome™

.
Really enjoyed how the pulled into the Bats making enemies afraid. Rarely seen in recent Bats stuff. The Fighting in the movie was great with great depictions of the other martial artist of DC which is great since we rarely get to see a lot of them in action outside of comics. The story was fun and the 70s vibe was a cherry on the top.
Definitely recommend the movie.

I just saw the movie was doing bad on IMDB (same score as Wonder Woman Bloodlines at 5.9). Even worse those scores normally are really high at the beginning. Skimming through the ratings, and it seems everyone is giving it a 2-3 or an 8-9. It sounds like a love it or hate it movie. I hope to be on the love it side, but I am happy to risk another Batman Vs. Robin for the chance at another Justice League: Gods and Monsters

In case anyone is wondering most of the negative reviews can be summed up as “Batman is a side character in his own movie.”

That is correct. If you’re watching this movie for Batman you’re going to be disappointed. This isn’t a Batman movie, it’s just one he happens to be in. But if you, like me, want to see a movie about Richard Dragon, Lady Shiva, and Bronze Tiger, then you’re going to be in for a treat.

Well, a case is Batman: Assault on Arkham. It is not a batman movie but a Suicide Squad movie. That still means Batman has the role I keep hearing people say they want for him, the hero antagonist.

Of course Batman titles where Batman is a side character is very common. DC very often puts his name on it and Batman on the cover when he is not important.