2020 will be here before we know it, and with it the 60th anniversary of the Justice League.

In honor of the Team of Teams and their forthcoming auspicious anniversary, what do we think of a Justice League Book Club?

If there’s sufficient interest, it’d begin later this year (November or December) or possibly at the beginning of 2020 to commemorate the team’s big 6-0 as it begins.

If you’re wondering why a query made in conjunction with an anniversary that’s months away is being made now, it’s because I’m the Plan Long In Advance type, and I want to gauge the current level of interest in this venture

So, (and to quote Cavill’s Superman): “What do you think?” 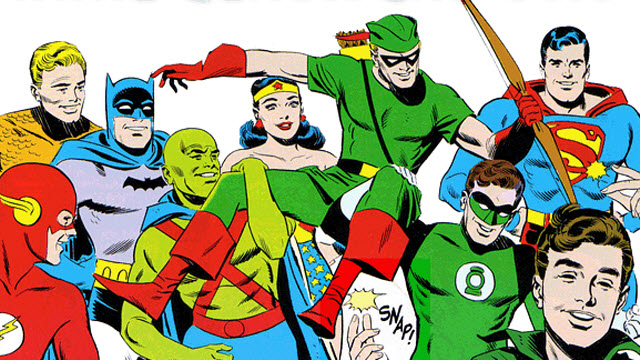 I’m currently reading the great Len Wein’s JLA run. I think you could guess my answer.

I think we should let the book clubs stabilize. I read on [New to DCU] Book Club a Justice League Title almost every week. This upcoming week it’s justice League #6 and then JL Dark #2.

marks @baseballmaniac down in the “Yes” category

Looks like I’ve been beaten to the punch again. Count me in.

Cool beans. Anyone else?

Do you have any requests on initial material you’d like to see in the spotlight?

Anything’s welcome, no matter the era.

@Vroom, I appreciate the thoughtfulness of your comments and posts, and I admire the Superman book club that you run. I haven’t participated in it as much as I’ hoped. Due to a busy family life, I can read regularly for a week…take a month off…and then do a month’s worth of reading over a weekend. It’s kinda haphazard for me. I do “lurk” though and have enjoyed the way you run it, with the video tie-ins & all.

Having said that, I fully endorse your JL Book Club suggestion, with the rather weak caveat that I can’t promise to be a regular…learned that the hard way. In any case, if you do end up doing it, I’m sure it will be a treat for everyone.

As far as suggestions:

Community 2.0 please…so I can fix my typos…pretty please with a cherry on top!

Oh, don’t worry about Trinity War. I liked it too

I haven’t read any of the Satellite era. Maybe some of the O’Neil, Wein, or Englehart stuff? I’ve been meaning to read No Man Escapes the Manhunters.

We should also read some of the original Crises with the Justice Society’s guest appearances.

I’d also like to see some JLI, but I’m not sure which story in particular I’d recommend.

Bumping to see what others who have yet to chime in think.

Regarding the frequency of this Book Club, I’m thinking it’d be a monthly get together.

@BatJamags The entire history of the Justice League is open for discussion, so your ideas are definite possibilities.

Monthly I would be in

Let me check with my DCU secretary

@Don-El Do you have an ever changing secretary like Murphy Brown?

I always found her weekly change in secretaries humorous, especially when Kramer was one.

I figured monthly would be easy for people to get around to, and not get in the way of other BC happenin’s. I’m glad you approve

If you’re looking for a starting point, Gardner Fox’s run ends with Justice League of America #65, and Dennis O’Neil takes over with issue #66. However, a great triple feature might be issues #76-78. The first one is a reprint of two wacky early stories by Fox, the second introduces a major shakeup with one of the supporting characters, and the third debuts the satellite.