Based on the hit video game, Injustice the animated film will reportedly release this October. When I first heard the news, I was so excited. If you not only have played the game but also read the Injustice comics, then this’ll be really cool for DC! 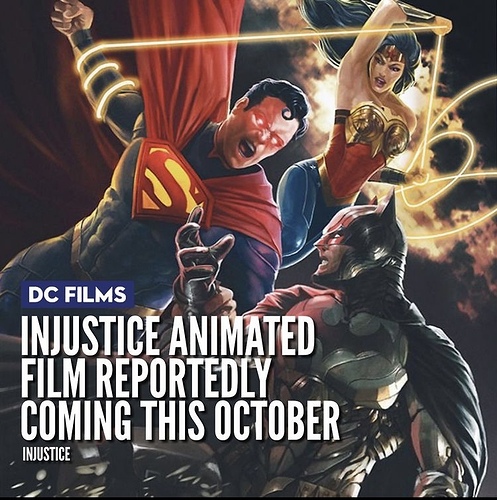 I am so excited for this!

It going to be great

I’m most looking forward to hearing Gillian Jacobs as Harley Quinn. Since the show Community, specifically the paintball episode where her hair was like Harley Quinn this is like dream casting. 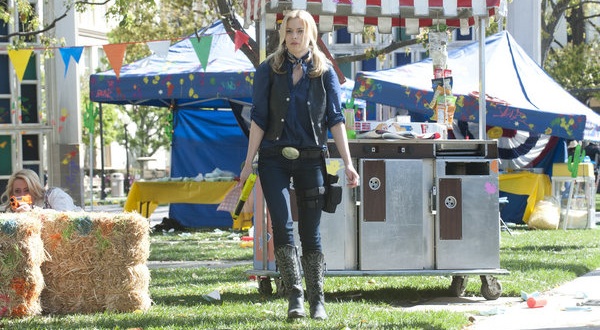 Wasn’t Diana on Superman’s side?

She is. We’ll just have to wait and see how the story goes. Maybe she is against him at first but later on joins him. I’m just hoping she is with the regime as it has been told in the story.

Wonder Woman was a big influencer on Superman’s decisions and kept pushing him down the path of darkness within the injustice continuity. In a way, she is a villain.

I know she’s considered a villain it the games It’s really cool seeing all of these different stories animated, but I can’t help but compare the animation style to Marvel’s What If. Really wish DC used smoother and more pleasing looking animation, more cinematic. Not the same, but I dunno, it always looks rough.

Listen, I love Injustice. One of the first comics I picked up and one of my all time favorites ever since. The games, the story, the world are all awesome and so much fun. That said, I look at the trailer and the images and I’m just kind of left wondering… why? What does this movie add or do differently compared to the rest of the material released so far.

Like, I get adapting a comic run. Getting to see the comic panels come to life through animation and voice acting can be a magical experience… but the Injustice series kind of already has all that through it’s games. The story is already there, animated, and voiced for us. Yes, the comics add a bit of lore and background, but most of it’s non essential considering they began to be made AFTER the game.

This movie just doesn’t add anything for me. The 2D animation is… fine. I appreciate all the hard-work and time put into it by the animators, but it’s not like it’s doing something magical or unique that the game hasn’t done. I don’t know, maybe I’m just missing something.

I think there is room for an animated Injustice even after all the games but I don’t think this is it. Most of the story is in the comics and hasn’t been animated in the games. I would love to see the whole story come to life and be continued past where the games end.

Buuuut… I have been spoiled with this animation. 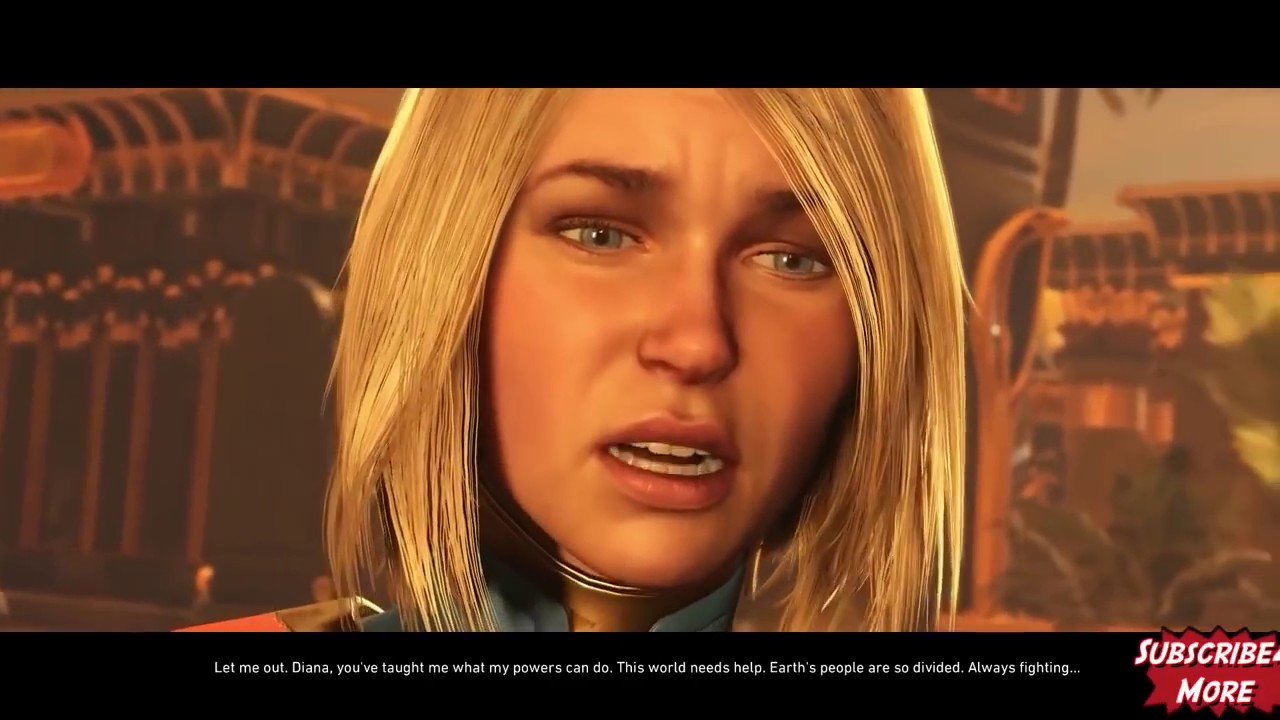 Also, a movie isn’t the format for this epic.

If I had gotten a series using the games animation, now that would have been legendary.

Either way I’m going to see it, but I wish it had reached for the stars instead of being just another animated universe movie.

I am kind of wondering how much they’re going to be able to cover in one movie. One of the things I really liked about the comics was how they were really able to take time and let things develop and build over time.

I think there is room for an animated Injustice even after all the games but I don’t think this is it.

Yes, this is exactly it. So much could be done with a piece of Injustice animated media, but it doesn’t feel like they’re trying to do anything new here. And, you’re right, a single movie is just not enough time for this story.

That said, I look at the trailer and the images and I’m just kind of left wondering… why?

Most people don’t play video games, so I think that’s one major reason.

But we ultimately don’t know how closely it’s gonna follow the Year One storyline. Adaptations like Year One and The Dark Knight Returns are certainly very faithful to the original stories, but we’ve also seen movies like Hush and The Long Halloween make some pretty big changes to their source material in recent years. Considering that characters like Mr. Terrific, Plastic Man and Ra’s al Ghul are in this when they weren’t in Year One at all, we already know there’ll be some changes. Whether those are still pretty minimal or pretty big, we probably won’t know until the movie comes out. I know I’ll be interested to see just how closely they stick to the story we already know

I think there is room for an animated Injustice even after all the games but I don’t think this is it.

Yes, this is exactly it. So much could be done with a piece of Injustice animated media, but it doesn’t feel like they’re trying to do anything new here. And, you’re right, a single movie is just not enough time for this story.

like what, between the 2 games or after the second game?

@Sean-Malloy Honestly, either works. Just something different. Seeing a re-telling of what we’ve seen, read, and played through already with only a few changes is just not enough for me. Especially when the art style is nothing groundbreaking or unique.

@Mae That’s definitely fair in trying to cater to an audience that doesn’t play games or read comics, but there’s still more you can do to appeal to them and more dedicated fans to the series with a new story in the universe. I would also venture to say that it’s safe to assume that even people who don’t play games, have watched the story through cutscene compilations on YouTube based on all the views I’ve seen on them.

@arkhamassassin True! We are seeing some differences in the characters being shown, but the trailers and marketing aren’t really leaning into them or playing them up to be major changes. Everything seems to be pointing to it just being a retelling of the first game with a little bit of the year one comic built into it. I’d want something a little more substantial than that, if I’m honest. Maybe I’m wrong and those characters are showing bigger changes, but if that’s the case then the marketing is doing a very bad job at showing this and making it known.

but the trailers and marketing aren’t really leaning into them or playing them up to be major changes.

But if there are gonna be some major twists that differ from the comic, it really wouldn’t be good for a trailer to reveal that. In instances where a movie trailer has spoiled a big twist, fans usually get rightly annoyed. Something like that should be saved for actually watching the movie, so it’ll be more fair to judge it on those grounds once it actually comes out

True, I don’t want them to spoil the movie for me, but at the moment the marketing isn’t giving really any incentives for me (an established fan of the franchise) a reason to watch it because it doesn’t seem to be doing anything new. You can hint at twists at changes without explicitly showing them. The majority of great trailers can and will do this for movies with twists.

Well I figure once the movie comes out, reviews/reactions will point to whether or not there are any big changes from the established story (hopefully) w/out actually spoiling what happens. Maybe at that point you can then decide whether or not you wanna check it out