WEEK 2: A DEATH IN THE FAMILY
As Superman continues his brutal and controversial war on crime, the divide between the World’s Finest continues to grow! But now the Man of Steel has set his sights on Gotham, leading to a collision between the Justice League and Batman’s family that threatens to spark a brutal war between the two factions. Sorry folks, not everyone is making it out of this one alive…

DISCUSSION QUESTIONS
WARNING! SPOILERS
1.)As we all know, Arkham Asylum is less than good at containing its more violent patients. Do you think Superman is justified in trying to permanently end the threats within its walls?
2.)Did Dick Grayson’s death surprise you?
3.)What do you think about this friendly Lex Luthor?
4.)What was your favorite moment? 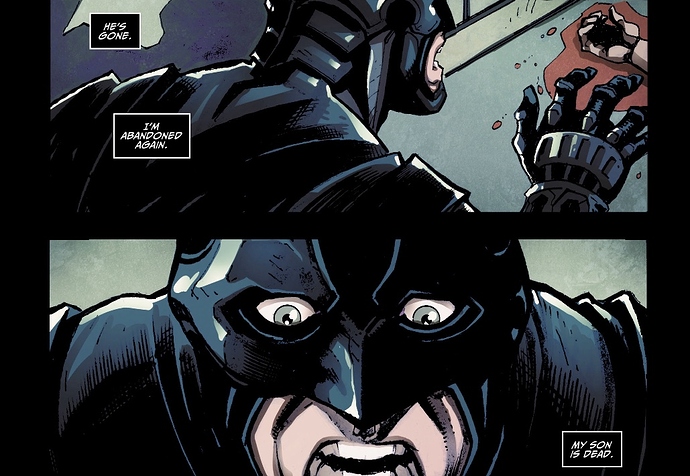 “As we all know, Arkham Asylum is less than good at containing its more violent patients. Do you think Superman is justified in trying to permanently end the threats within its walls?”

I definitely don’t think so. I can understand the desire – while most of the Asylum doesn’t quite have the same body count as The Joker even before nuking Metropolis, a lot of them are still extremely dangerous and have caused a lot of human misery. But I think this is the moment where Superman really starts to edge into a tyrannical state of mind.

Ironically, I’m reminded of Kingdom Come, where Superman there had a more humane solution of creating his own prison for his foes. I mean, putting people in a ghulag is still pretty bad no matter how nice the conditions are, but at least the prisoners are still alive.

“Did Dick Grayson’s death surprise you?”

The death, no – if I remember right, it is implied within the game that Nightwing dies and that Damian had something to do with it. What surprised me about it was more the how of it. In a story like this, you would think the death would be in a last grand stand, a big, epic battle. But here, no. Dick just…fell and cracked his head open. It’s such a random…common death, which almost makes it more tragic.

“What do you think about this friendly Lex Luthor?”

I’m a smidge conflicted over it. On one hand, I usually like when alternate universes really play around and mix things up with their takes on the world on DC. On the other hand, making Lex a friend sort of feels like an easy out for why Superman flips the way he does. Like, “of course this happens, if Luthor in this world is more or less on the side of good, then it makes sense Superman would be a reverse.”

As someone who’s shipped these two since I started getting into these characters, getting Catwoman in there and her helping Bruce grieve was a great moment (the fact that it’s Superman who suggests for her to go help him is also good, shows that for all their problems, there’s still some love and care between the two former allies). The fact that from that point on she was his right hand was very fitting, and on that front, the moment where Bruce and Selina confront the President to make him do better was pretty fun.

Another good one was Kalibak going on about how Superman is weak because he refuses to take a life and that “oh s**t” look when he realizes that he’s facing a whole different Superman than he ever has before was just priceless. I just wish that there was more to that moment in the end than just making all the Parademons turning into pink mist. I was expecting Superman to perform a Mortal Kombat style fatality on Kalibak!

Yeah, if Superman wanted to stop the threats in Arkham Asylum there were more humane ways he could have done so.

Like you, I was expecting it because of the game. They try to trick you into thinking Damian might die, but if you’ve played the game it’s pretty obvious that that won’t happen.

I don’t like the good Lex Luthor. It, in my opinion, just doesn’t work for the story. It’s only included because he’s like that in the game. And it’s only like that in the game because they had the character and wanted to use him in story mode. After all, if he was a villain than Superman would have gotten rid of him before the events of the game, so it makes sense for him to be a hero there. Unfortunately, I think the comic suffers a bit as a result.

My favorite moment has to be either the chapter focusing on the Flash or Kalibak’s “oh sh*t” moment that you mentioned. That Batman and Catwoman moment was also good, but I think those two beat it.

Yeah, that’s probably the reasoning – which is odd, considering that in the game’s story mode it features the heroes from a different, more standard Earth stumbling onto this world and fixing it, you could have had something where their universe’s Lex Luthor came in with them and make it work like that.

Grayson’s death is the reason I started reading injustice. It’s such a bold choice. I too, have mixed feelings on friendly lex luther. I think he has a lot of potential but would work better in a different story.