WEEK 1: EASY MODE
When Clark and Lois successfully conceive a child, they’re the happiest they’ve ever been! But now the Man of Steel has more to lose than ever, and a certain clown prince of crime is building up to one killer of a punchline that will turn Superman’s life (and the entire world) upside down! After all, all it takes is one bad day…

DISCUSSION QUESTIONS
WARNING! SPOILERS
1.)Lois’ death is fridging at its purest. How do you feel about it?
2.)After what the Joker did, do you think Superman is justified in killing him?
3.)Do you believe Superman (in general, not just in the Injustice universe) should use his powers to try to stop wars?
4.)How do you feel about Wonder Woman’s characterization in this story? What do you think her motives for lying to Superman were?
5.)What was your favorite moment? 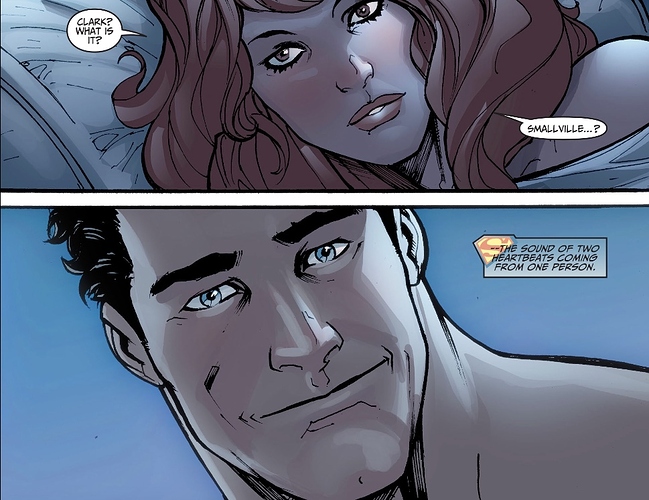 I have wanted to reread these They are what got me back into comics after a long long break. I think I stopped some where in the middle of year three.

Thankfully I’m a little ahead on this here, because this and other digital-first works are perfect for my work breaks since they’re shorter and fit well on my phone.

“Lois’ death is fridging at its purest. How do you feel about it?”

It is definitely fridging, but I think for this sort of story it is necessary. In plenty of stories, it’s shown that Lois is Superman’s touchstone to humanity, and if she’s lost, his humanity starts to drift away. Such a extreme event, not just losing Lois, but Metropolis, everyone there he’s ever known and the people he’s sworn to protect, is necessary to push him to such extremes as he does.

“After what the Joker did, do you think Superman is justified in killing him?”

It’s definitely understandable. Even Batman has said he’s felt the temptation to kill Joker for some of the schemes he’s pulled. The Joker is a continued menace who is kept alive purely because of technicalities in the legal system keeping him from it, and a lot of human lives have suffered and died for it. However, I would wonder if maybe such a horrific action as nuking Metropolis would have finally made things not go his way, that he would have finally been tried as sane and put to death for the crime.

“Do you believe Superman (in general, not just in the Injustice universe) should use his powers to try to stop wars?”

Another hard one, because there is such a wealth of misery out there in the world. However, I think looking at stuff like the terror wars shows how it really wouldn’t be that simple, even for a Superman, especially for a figure who, like it or not, is closely associated with the United States. Stop a war over here, might cause massive blowback somewhere else.

“How do you feel about Wonder Woman’s characterization in this story? What do you think her motives for lying to Superman were?”

Wonder Woman’s part of this is one I always feel a little conflicted on. Maybe there’s an annual or something down the line that goes into her perspective and explains how she sees things, but this take always felt a little false to me. She feels more like a super-powered Lady Macbeth than Wonder Woman. At best, I think her motive might be that with her mission to change the world and make it as peaceful as Themyskira, maybe a world lead by Superman would be the best option – that is a society that is ruled by a monarch, after all…

One of my favorites is definitely the issue following Green Arrow and Harley Quinn, but I feel like that one is talked up often enough, so I’ll go with the brief war between the surface world and Atlantis.

Yeah, Lois is a plot device. But she’s the only one that makes sense. Like you said, it is necessary.

If Superman had only waited, I’m sure the Joker would have been given the death penalty. I think that the courts stop listening to the insanity plea after you do what he did.

I agree that Superman trying to stop a war would only make matters worse. Especially if he does it forcefully. A near omnipotent alien vigilante getting involved rarely deescalates situations.

Green Arrow and Harley Quinn is a classic, but I think my favorite scene would be when Superman talks to Batman about his son. It’s great to see the World’s Finest act like friends. Unfortunately that won’t last…

I legitimately haven’t, right now I’m on issue #22 of the first year. I did read the first ten issues of Injustice 2 for a book club, but outside of that, everything else I know about the series is what I’ve seen from playing the games and osmosis through seeing people talk about it on places like Reddit.

@Jay_Kay Good prediction then! And sorry for the spoiler.

Not a problem – makes me happier knowing that there’s at least some explanation.

I know, I’ll just quit my job so I have time for all these book clubs…

I find it helps to have no social life.

Book Clubs are my social life! That’s what I tell all my friends! That I don’t have! Because I have no social life!

I think I typed myself into a corner here.

I was just commenting in one of the other pages that I love these book clubs! I won’t be able to read them all every week but I’ll try and enjoy the community. You guys are awesome and love seeing the friendships build through these posts!

1.)Lois’ death is fridging at its purest. How do you feel about it?
-Pretty straight forward that this was how the plot was supposed to be introduced. I really enjoyed how Joker put the plan together. It seemed a bit obvious but it works for really creating tension in not only the team, but the world.
2.)After what the Joker did, do you think Superman is justified in killing him?

I will try to hold off from reading more as I flew through these issues but I can’t wait to keep the weeks rolling. Maybe slowing down will give me time for the rest of the book clubs!

Thanks for participating! I agree that Superman hearing the two heartbeats stop was a powerful image.

And I like how you brought up how Superman killing the Joker betrays his core values. I believe it marks a distinct change in how he views what’s right, which obviously has some pretty big consequences for the world and sparks the main conflict in the series.