The figure is called backpack women but I think she looks a lot like Abby Arcane. 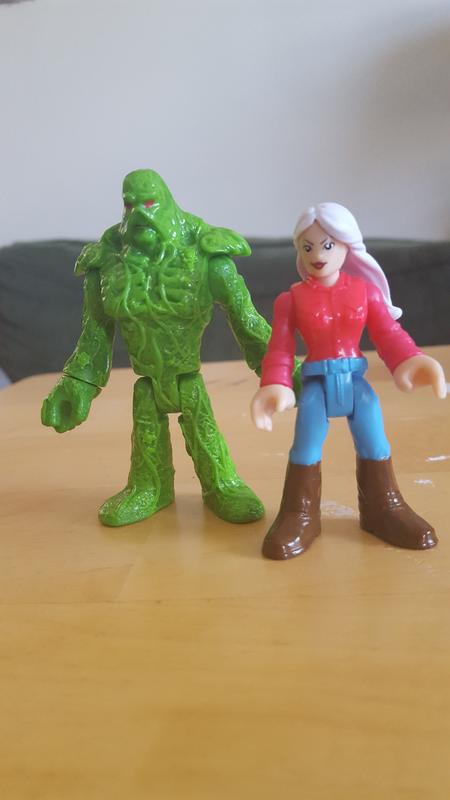 I got that one too!

Nifty! Is series 12 the newest series of non-DC single bags (I don’t really follow Imaginext outside the DC stuff).

Series 12 is the current series , 62 is the code on the bag for this figure.

@skunkape76 Thank you very much.

@skunkape what other dc imaginext figures do you have?

Actually these are my son’s. He will be 4 in August. I’ve been getting them for him since before he was born.

I forgot to ask previously, but where did you find the series 12 figures?

I checked at Walmart and my Kroger based grocery store and it was older series at both places.

@Vroom, We got these at Walmart, about 2 to 3 months ago.

Here’s all my dc imaginext. I’ll post separate pics of them zoomed in. 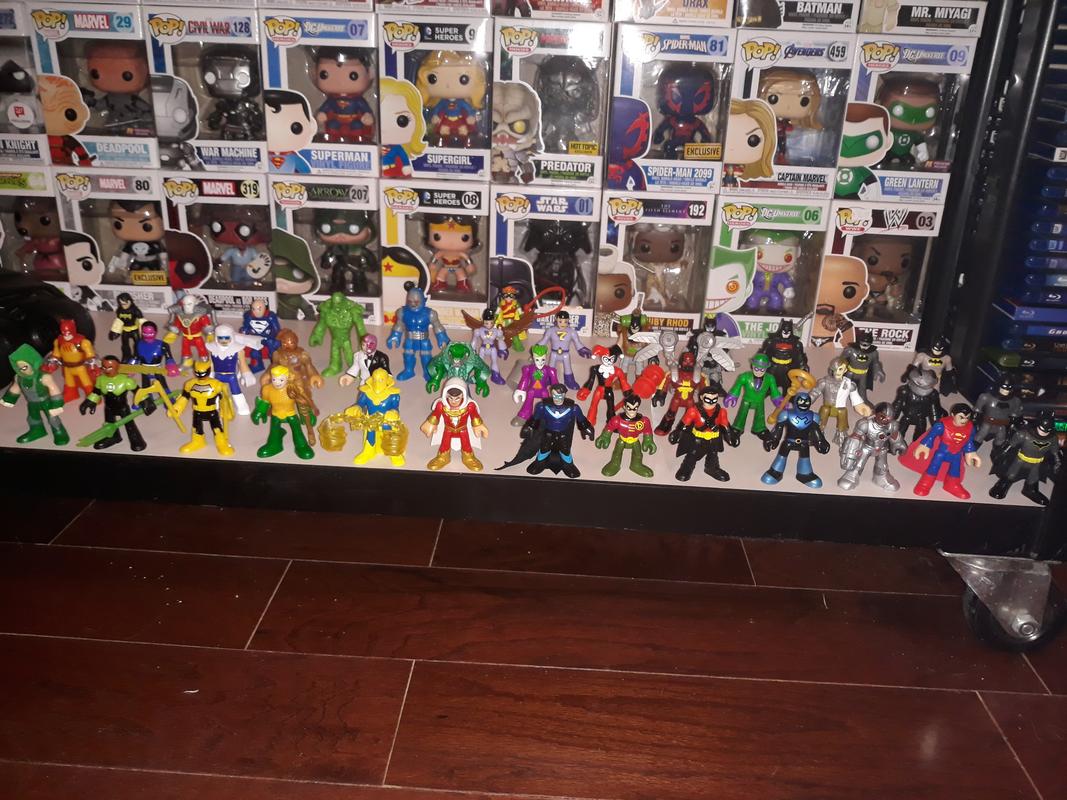 If you have any questions on who’s who, ask away. 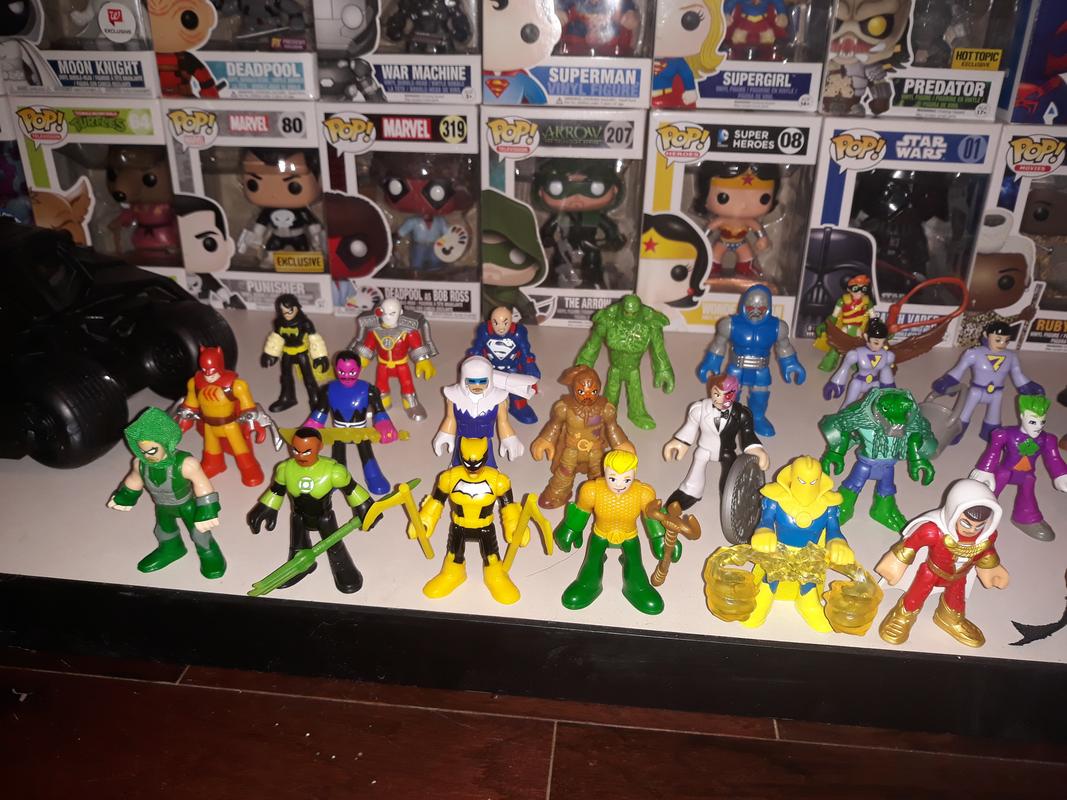 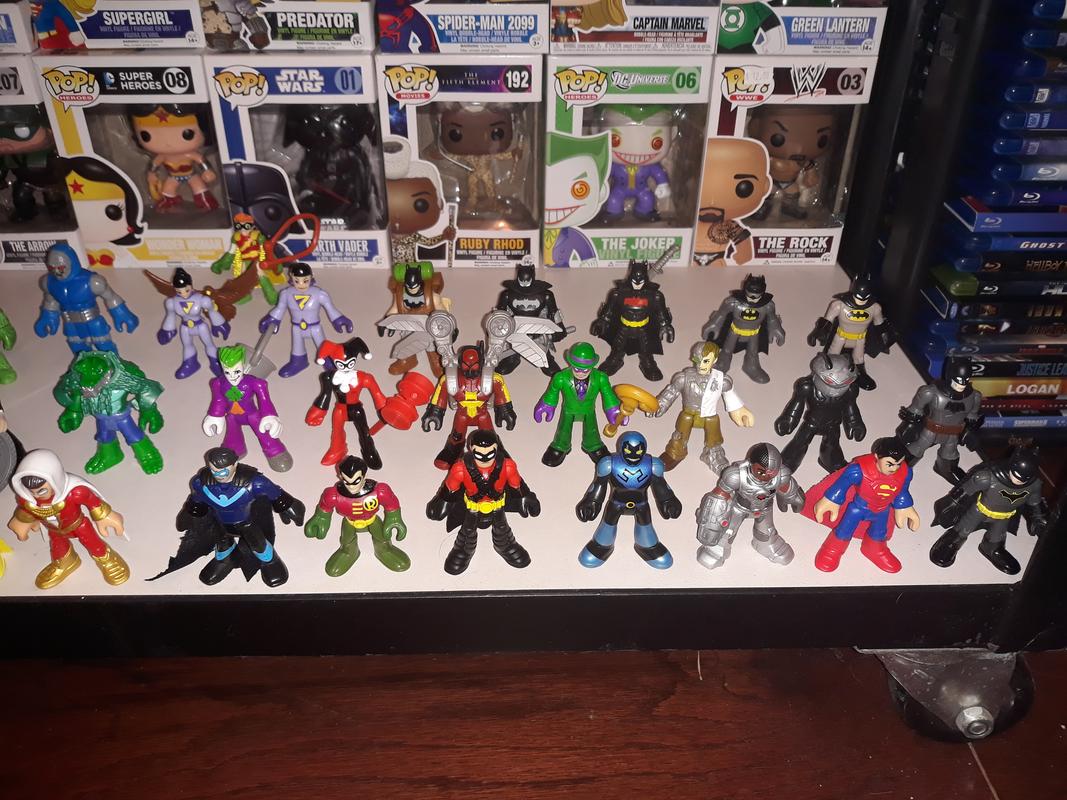 I love that a character like Deadshot is in a line aimed at little kids. He’s one of my favorites from that series of single bag figures (5, I think it was).

When I collected Marvel toys, I was happy to see characters like The Punisher, Ghost Rider and Deadpool in Hasbro’s Superhero Squad line, which was aimed at the same age group.

I’d love to see Vertigo characters in the Imaginext line as “Fan Channel” exclusives. Spider, Y, Arseface and others would be so cute in that style. I’m fairly certain there’s an Imaginext monkey that could be Ampersand too.

The only thing i hate is that they throw a batman in every pack, im like come on i have like 6 of em lol

And they have signal( duke thomas) !