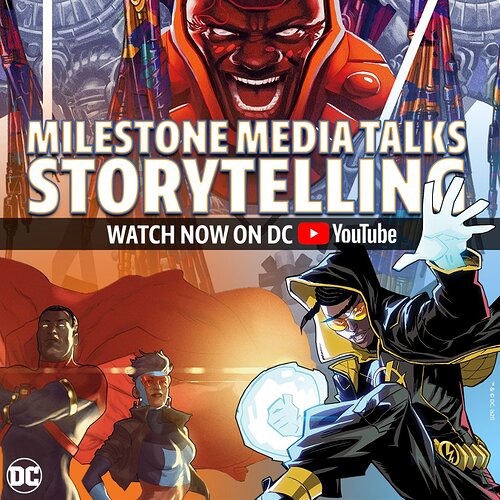 EyD6WUxWYAIkZBZ1024×1024 254 KB
WonderCon @Home was this past weekend and it was packed full of interesting panels. However, one of our favorites was the Milestone panel!

If you haven’t seen it yet, or just want to watch it for the millionth time like we do, check it out below! 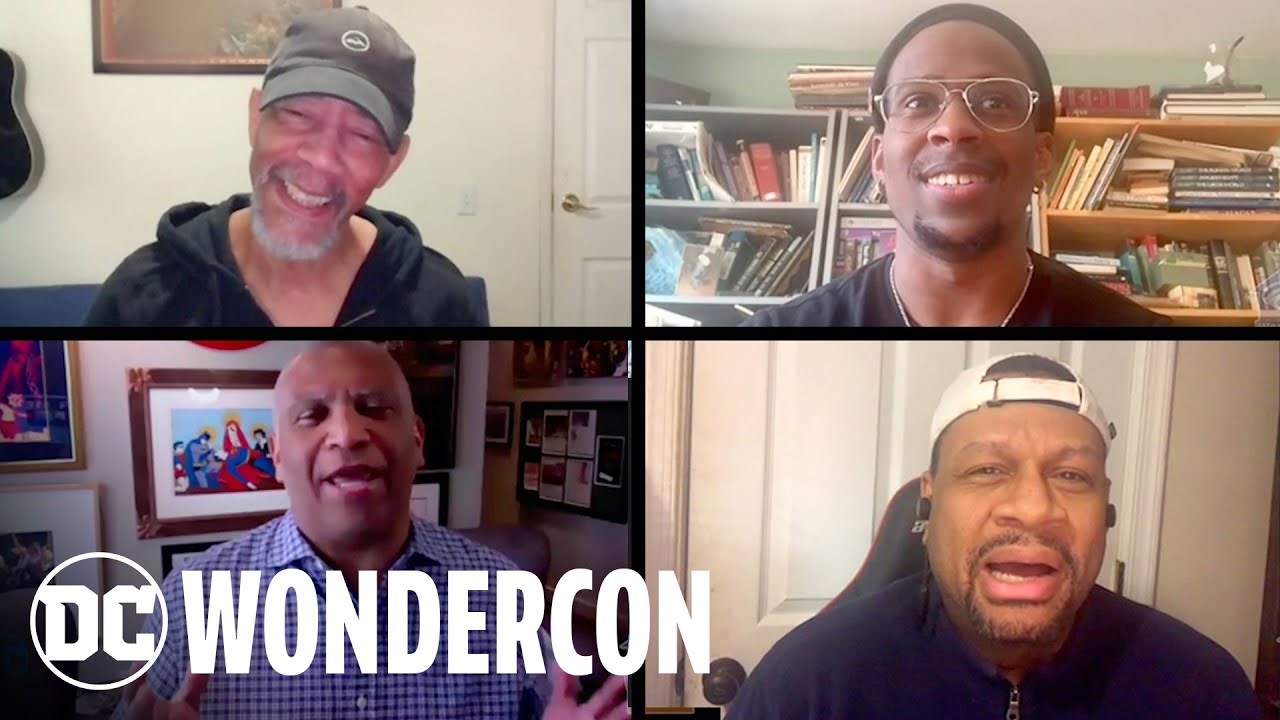 What did YOU love the most about this panel? Let us know in the comments below!

What did YOU love the most about this panel? Let us know in the comments below!

The first thing I loved was when Reggie Hudlin was talking about how Milestone was never a “nostalgia brand.” And how they also want to be super-relevant now, and evolving and growing.

And mentioning Miles Davis and Jazz, and the importance of moving forward, playing what’s now, what’s needed today – which is what Miles Davis was all about. And applying that mentality to their comics.

That’s really cool to me. He gets it. And that’s what it’s about.

And then Nikolas Draper-Ivey and talking about hair. And what’s “now.” What’s cool now.

He gets it too.

And of course his killer art. 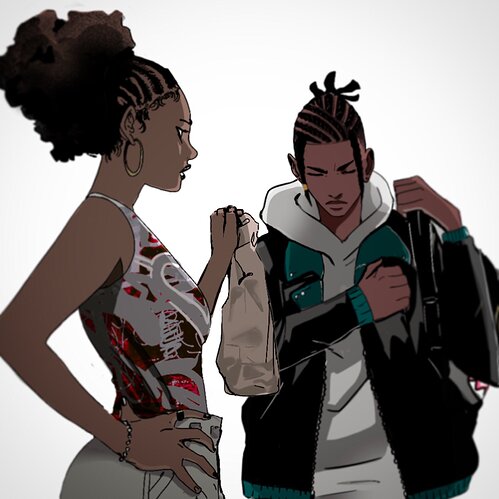 Finally. I get to draw Sharon Hawkins again. In my head she is like Pam (Tichina Arnold) to Virgil’s Martin (Martin Lawrence). That’s what I’m basing their chemistry and her mannerisms on.

The biggest thing for me though I guess was Reggie Hudlin talking about his desire to write Icon and Rocket. His enthusiasm was a bit infectious. [insert smiley face]

And of course the shout out to Doug Braithwaite on the art from Denys Cowan. He said he’s one of his favorite artist of all time. He’s mine too. [insert smiley face]

Doug Braithwaite is the selling point in all of this for me.

And I figured Denys Cowan and Bill Sienkiewicz knew each other for a long time – since about 1984 I guess according to Denys Cowan. They’re a great team. Very cool art together.

And yeah, again, Nikolas Draper-Ivey is a really cool guy. I like him.

Overall, I missed Milestone the first time around because it happened during one of my hiatuses from comics, but I’ll be there this time – for this new Rebirth of the Cool. 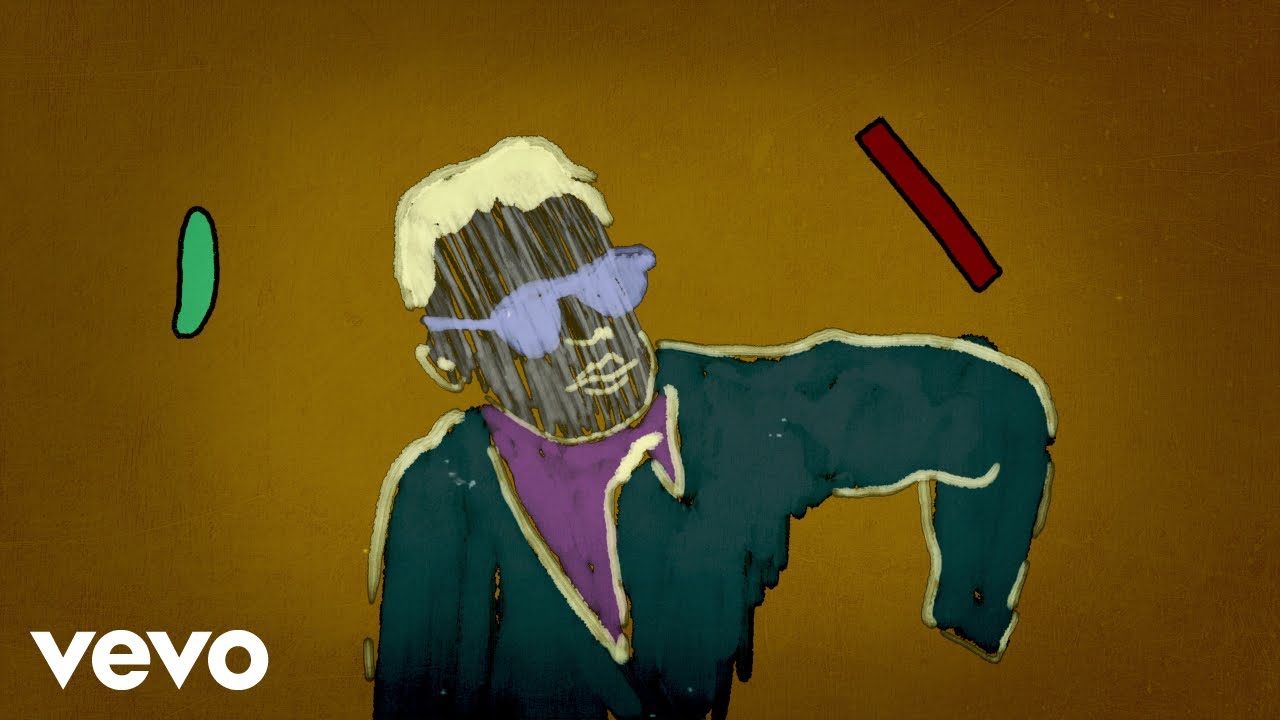 Such a great panel. It is always does the heart good to see the legendary Denys Cowan. These are the new books I am looking forward to the most. Already got 'em on the pull list for the summer.

The trading card set brought back so many memories! AquaMaria!!!

Denys Cowan talking about the intersectionality regarding the new updated take on the Milestone character origins and the some of the backlash it caused was the crucial part of the panel for me. 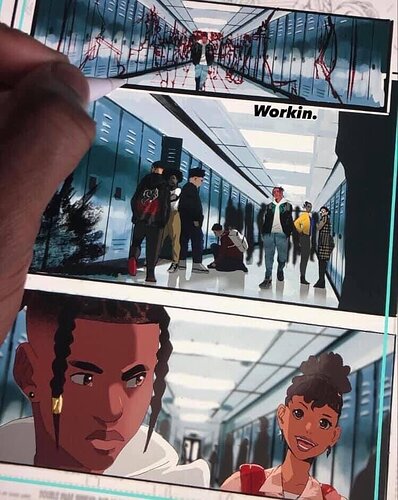 From Yesterday. Easy, but tedious. I really want it to feel as cinematic as possible. I don’t want it to feel like just another comic book. In terms of shot composition, during these passing scenes, Roger Deakins is the goal. It needs those wide shots. I’ll get there. #static2021

On the iPad with the Apple Pencil… my dude.