And all of it was spent on character customization…

I made an evil Beast Boy, a male wonder woman, and an evil Superman. When I download it on the switch today, I’ll probably make a Heroic Flash or a Heroic Circe.

Welcome to the best part of the game.

I made a Clark Kent named NotSuperman ISwear. And a pink Green Arrow!

Do you mean pink arrow?

It’s such a fun game. Been playing for eight and a half years and even I can still get stuck for hours in character creation.

Sounds like the time we were going to play Traveller in college; we spent all night rolling characters and never got back to playing a campaign.

I loved that game but quit when I couldn’t beat brother blood.

I play City of Heroes rogue servers and not a day goes by that I don’t see a bit too accurate DC or Marvel character that has me thinking “Dude, you spent too much time in creation”

I really loved DCUOnline for the first week I played, but as you need to cooperate and play with other players I’m not into that. I loved the solo missions. 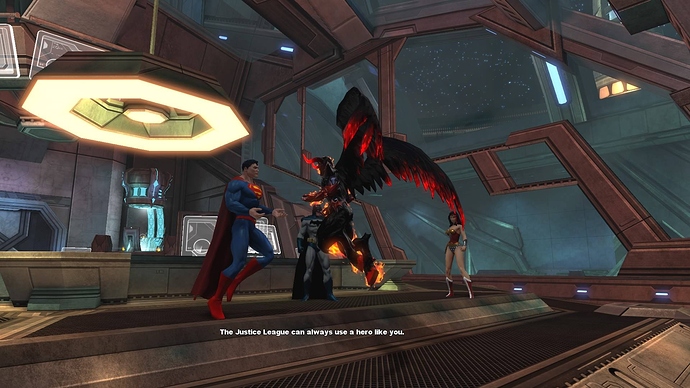 Yeah, I’ve made so many hero on there but never played any of them.

Is it good? Is it free? I don’t know much about it. Can you play it on Mac?

It’s mildly entertaining, it’s kinda free but limits your number of characters and access to endgame content if you’re not subbed, and I have no idea.

That’s cool that you enjoyed it. I really wish I could have gotten into it but for me I’d rather play as my favorite heroes and not create one. Right now I’m going through the telltale Batman series on my phone during my commute.

To be honest guys, I dropped it pretty quickly after I started. MMORPGs need to be VERY enticing to work for me and this felt repetive very quickly.

I used to love this game but stopped playing regularly after reaching level 30. I’m gonna have to give it another try again soon

I’ve been playing DC Universe Online since 2011, it has had it’s up and downs and has been a bitter love affair for quite some time.

A lot of the best storylines imho are in the earlier tiers, because most of the new feels like its lost its touch since most of the original devs left quite some time ago.

It’s funny, My first long-term DC title that I read seriously was Star Trek
Then Star Trek the Next Generation came out. However, they both were put on hiatus a few months before Star Trek V came out. In the meantime, I started reading batman because of a Death in the Family and the upcoming movie.
Of course, when the Trek Titles came back up during the summer of '89 I had collected them as well.
Well, all these years later I really still wish that there had been a crossover while DC had the books in their hands.
That being said I decide to start playing around with my characters…
First Up…
CY-BORG! 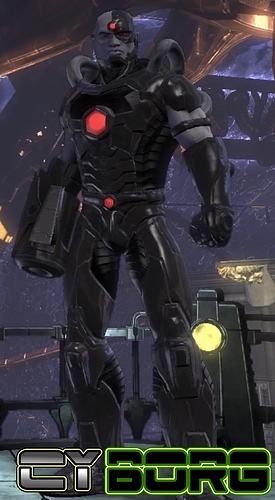 I miss that game but it needs so much work. I really would like a “remastered” game with a new engine and new features/ways to play but IK that’s never gonna happen.