His characterization in the animated Harley Quinn is always stealing scenes on the show!

He has been a great Bane in the show.

I seriously want more Stemming from Harley Quinn. Ive been telling close friends that have seen the show What would be a great Second Induction to this beautiful world of Harley Quinn. Id love seeing Bane team up with someone. I mean we have basically seen a Majority of all the DC Heros and Villains, Looking at their designs I could see endless possiblities on what they could do next. What would you like to see other show Emerge like Harley Quinn???

It’s hard to say. Part of what I love about the show is it’s Venture Bros. style of writing, where it can look at comic book tropes and make fun of them, but still love them. It’s not just ‘aren’t comics ridiculous’ it’s ‘aren’t comics ridiculous and isn’t that awesome?’. To that end I think an interesting take would be to see this world from the heroes’ perspective. It couldn’t be from one of the perspective of one of the established heroes, though. It would need to be someone more on the side lines, so I think setting a show around the Wonder Twins would fit nicely. They’re in the Justice League (or at least hang around with them), but no one thinks they are ‘real’ heroes, so they can be snarky but aspirational and show a side of the heroes we don’t often see. I think there’s a lot of potential there.

I like his style, he is one of my favorite characters on the show besides the main character Harley and of course Clayface, and Poison Ivy.

I seriously love Bane and King Shark. I like this show brings me so much joy and anytime those two are on screen they just absolutely steals all my attention.

He’s consistently been making me laugh. I do agree that he’s one of the best parts about the show along with King Shark.

“Caffeine is my reckoning”. I need that mug. 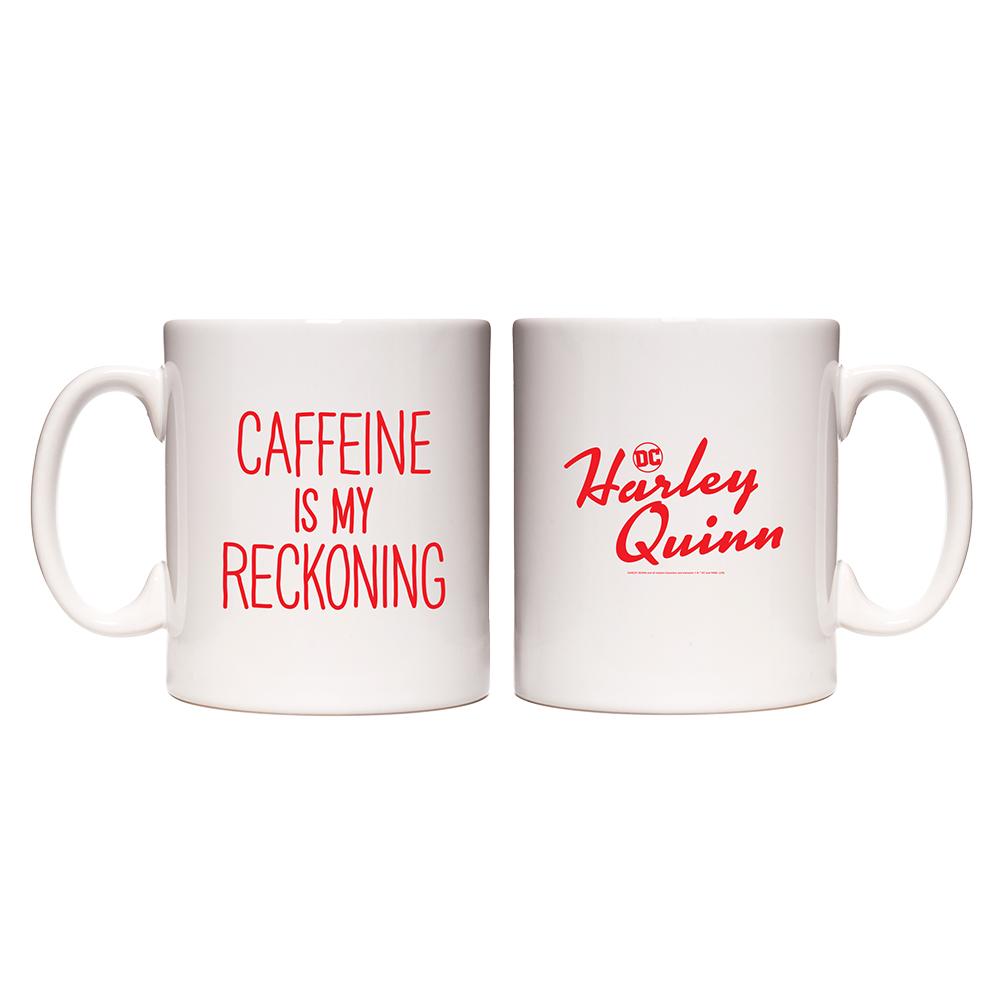 A DC Universe exclusive! Based on the series comes this 11 oz. mug. It features a design that reads "Caffeine is my reckoning" on one side and the series' logo on the other. Microwave and dishwasher safe.