I love and worship the ground Keanu Reeves walks on but 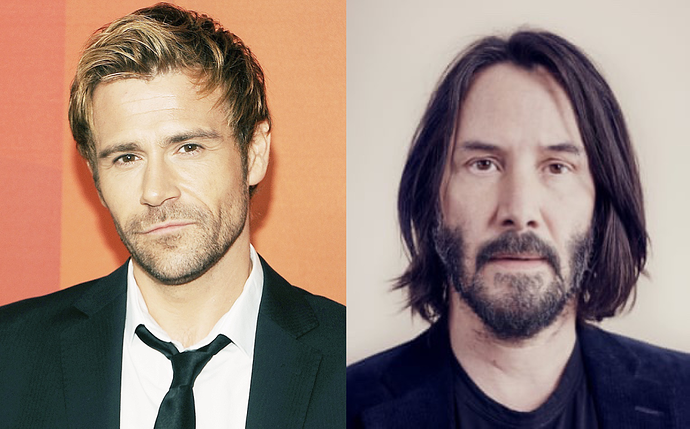 Keanu’s great in general, but yeah, Matt Ryan is absolutely perfect as Constantine in every way. We really need to appreciate this as one of the great comic book castings of our time, because he’s ripped straight from the comics onto the screen

You know what? For everything that was wrong with that Constantine movie, and there was a LOT, Keanu was, for perhaps the first time in his dramatic movie career (he was MOST EXCELLENT comedically), not one of them. He actually showed up and put the work in. His previous serious roles, while fine for what they were, didn’t have as much emotional depth. If John had been an American Character instead of an English one, his portrayal would’ve been perfect. Reeves was one of the few pleasant surprises in what was overall a crappy adaptation.

That being said, Matt sure is a f-n amazing Constantine, and I’m glad we are able to have him in the role.

I’m saying this because they are apparently make Keanu’s version canon. I’m like why? Make matt Ryan’s the canon official Constantine. Imagine him as deathstroke or David cain

Matt’s version is cannon, as well. He’s on the same page as Keanu, as one of the “many faces” John has worn.

I really liked Keanu’s Constantine. It really felt like an Elseworlds depiction of what John would be like had he been an American

I don’t much care for Matt Ryan’s version. He’s alright, but I think there is still an actor out there that would embody the character much better. Matt works for TV and animation, but I would love to see what a Constantine in a JLD movie would look like.

I like them both, I just love Constantine and wish he could get more love. I enjoyed the series Matt Ryan did and would love another series and I wouldn’t mind seeing Keanu in another film as well.

Keanu did a good job with the role, but Matt Ryan’s version of the character is my favorite. I think Keanu would be better as Nick Necro. If there ever is a sequel to the movie, it would be quite a twist to have Matt Ryan’s Constantine show up and reveal that Keanu’s Constantine was actually Nick Necro who for some reason was under the influence of a spell to believe that he was John Constantine.

We need more seasons of this show. I remember when it came out I was less interested in it because Arrow just started. Timing is everything. I think ratings would be much better now.

I have rationalized that Keanu is playing John’s american cousin Jon Constantine, works for me.

he moved to Canada as a child, but his father is half Hawaiin/ half Chinese and I forget what his mother is.

I agree, Keanu would be better in my opinion as a casting for deathstroke, batman, or vigilante than a magic user and occult detective such as constantine. Matt Ryan sold the role as that character and its a shame, they canceled that series after the 1st season. Lets hope they decide to renew it on down the line.

I enjoyed Keanu Reeves Constantine movie but let’s face it, he doesn’t have what it takes to be Constantine. Matt Ryan landed the role perfectly.

Keanu as spectre. His long gaunt build and his quiet demeanor. He’s the kind of actor who can portray massive on screen presence with minimal dialogue. That stark indifference with drive underneath is John wick.

agreed. Matt is such a great actor and the show was so underrated. That the community screamed for him to come back. So they just found a way to bring him into the Arrowverse

The Constantine film wasn’t great, but it was enjoyable on it’s own merits. I know it’s not a very faithful adaptation of the source material, but, since I didn’t (and still don’t) care for the character very much, that worked in it’s favor. For me, at least.

Matt Ryan is John Constantine just as Tom Ellis is Lucifer, both actors have not only embraced their respective roles but have made it theirs and no one else’s. Now don’t get me wrong, Keanu Reeves played a great John Constantine, but when you boil it all down to its core character, it’s definitely Matt Ryan as Constantine. I’m a really big fan of Keanu Reeves, love most all his movies, and loads of respect for him not stopping or slowing down making them, hell i can’t wait to play Cyberpunk2077 when it comes out, with that said i just really think with Matt Ryan not only playing John Constantine and voicing him in just about every animated series and or movie that’s out or coming out,i really think he is the John Constantine. Just my thoughts

Other then keanu’s hair color and no jacket then that it just need a little more paising its a little slow at times .i think it was a fair and good movie and I like them both as are favorite chaos magician… 1 for are tv and 1 for are movies . give matt his show back and link swamps to it from swamp thing and give Keanu his roll back I bet he smash it right now .

Ryan is the best Constantine. I’m a fan of Keanu, but he just didn’t fit for Constantine.
#saveSwampThing
#saveConstantine