How Would You Write a Black Adam Book

His movie coming up and I thought it would be fun to discuss with fans like me of the character with how would you write DC’s newest anti-hero, especially since the character would be played by Dwayne Johnson and he might deviate from the character’s more infamous actions. 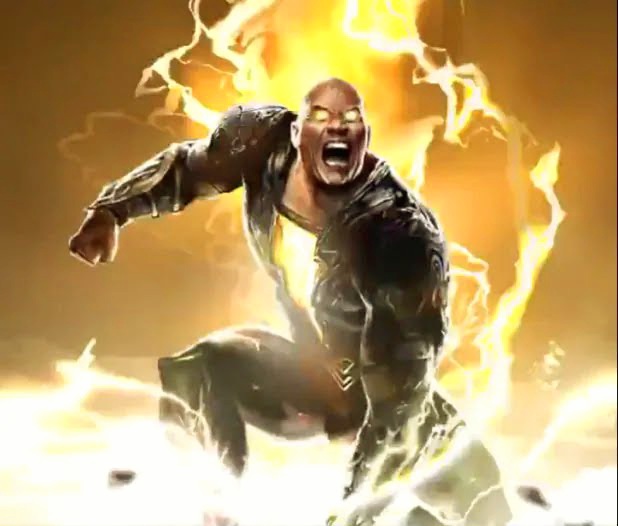 For newcomers to the Black Adam character think of him like a serious version of Shazam* with more of a punisher-stance on crime.

I’m not sure how I would write a Black Adam book, but if company crossovers ever come back in vogue then Teth Adam must cross paths with Magneto.

I think I’d set it in the distant past, when he was still Shazam’s champion. Really explore that era of the timeline, 5,000 years ago.

I guess I’d begin at the beginning, before he was chosen to be Shazam’s champion, when he was a slave. Then have him chosen. Flash forward to the modern world where he is the big bad but with flashbacks to his early days being a good guy, hanging with the Pharaoh and the guy who would later live in Fate’s helmet. Bit by bit we see him gety disillusioned with being a hero and then he sees his wife and sons die and he steps into the dark side to make everyone pay.

I’m loving this comment thread so much. When I imagine a black adam series I imagine it to be a Adventure book like the recent Shazam run was but with a more epic, Conan the barbarian inspired stories that has him face ancient evils from the past into the modern world.

I’m interested in his origin of his darkside as well, with more sympathetic reasons of his turn to his evil, his takeover of the known world at the time and maybe the day the wizard decide to banish him.
I like to see him meet ancient heroes who offer insight on his earliest adventures and Black Adam’s version of heroism like a older fate who has a more cynical view of justice than Kent Nelson, Hawkman or Hawkwoman who are his newest friends offering knowledge of how dangerous the world can become if not preserved and maybe an Amazon like Hippolyta who like wonder-woman has a more optimistic outlook then her present day reserve cautious attitude, she will be telling Adam to call to action and to be earth’s mightiest hero.
All unknowingly seeding the mindset of the would-be king of kahndaq to save the world no matter the cost.

I do like @HubCityQuestion’s idea of starting in the past, and what his life was like before he was chosen. Backstory-wise a lot would depend on which version of the character you are getting. He’s had at least three different origin stories even before the movie.

The second in JSA he was shown as having been a hero for many years alongside the first incarnations of Hawkman and Fate. He apparently went off the deep end after Hawkman and Hawkgirl were murdered. He took back Kahndaq and ruled for some time before the wizard imprisoned him claiming that he was becoming a tyrant, when the gods refused to let him strip Teth-Adam of their gifts. Apparently the gods themselves believed his actions were just. (I have noticed the wizard can be a bit of a tyrant himself…and he doesn’t take kindly to disagreed with)

The slave origin seems to be the most recent of the three, and harkens back somewhat to the power corrupts type of storyline. He did what was necessary but took things too far, and was turning into the very thing he once despised.

I must admit I am most fond of the second incarnation myself, and there’s a lot I could do with that backstory-wise. I think the most recent incarnation of the character stripped away a lot of the things that made him a more sympathetic antihero style character and tried to pigeon hole him into being a straight-out bad egg. If you paid any real attention to the JSA to 52 version of the character, you start to understand just why the poor guy went off the deep end. His entire family was murdered not just once but twice. That version of Black Adam had good intentions at heart when people let him be and he wasn’t pushed too far or backed into a corner.