How to Stroytelling Splash Page ETRIGAN

So Viciousdark created a post where he reproduced a piece by Eaglesham – Secret Six 7 Page. He asked for my suggestions on the drawing. The suggestions I had were more about the original drawing than about his recreation, So I thought a separate post to go over the piece would be helpful for all artist hopefuls. 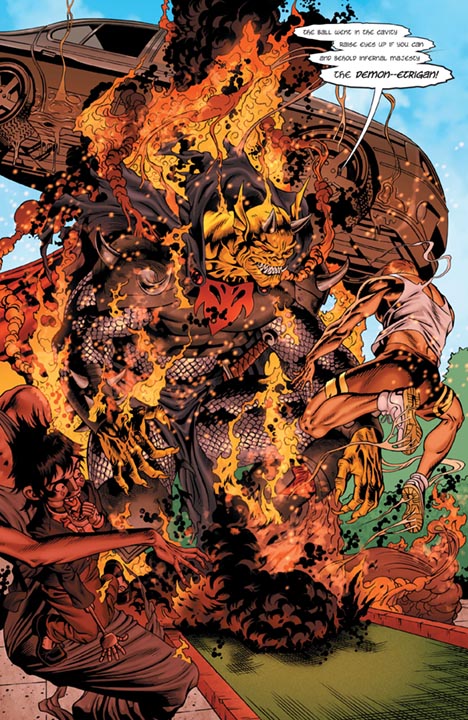 Since I don’t have the script I can only assume what the requirements were, but I do understand the needs of storytelling and will work from there.

Storytelling means giving the answers to any question a reader may have. From the previous pages – the story takes place in a miniature golf course in front a Superman Statue hole. Strix, Porcelain, the Ventriloquist and her dummy, and Catman are dressed casually and playing golf. Etrigan appears in fire and brimstone. On the previous page Strix is perched on the Superman Statue, Porcelain is next to Catman and the Ventriloquist is near to them.

I adjusted the leg – moving the knee outward. 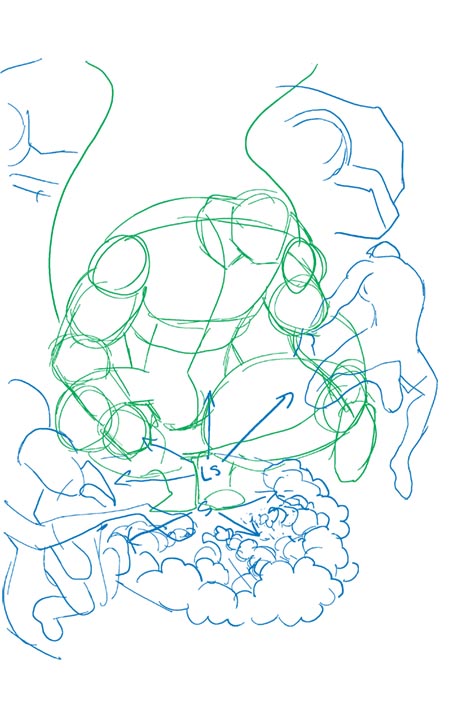 I made several changes to the layout 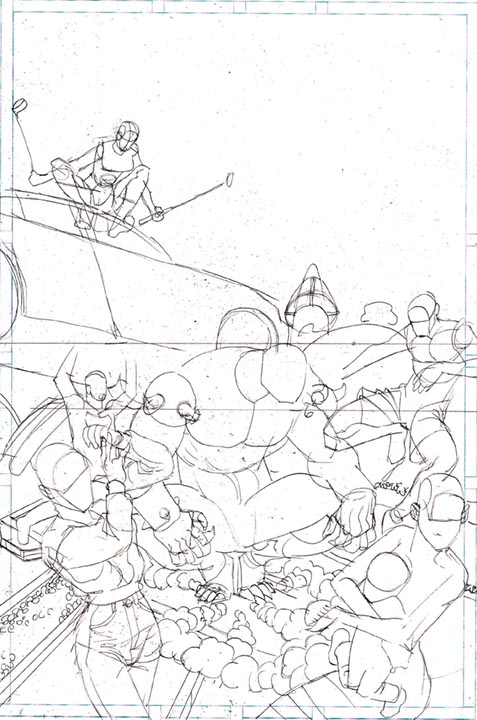 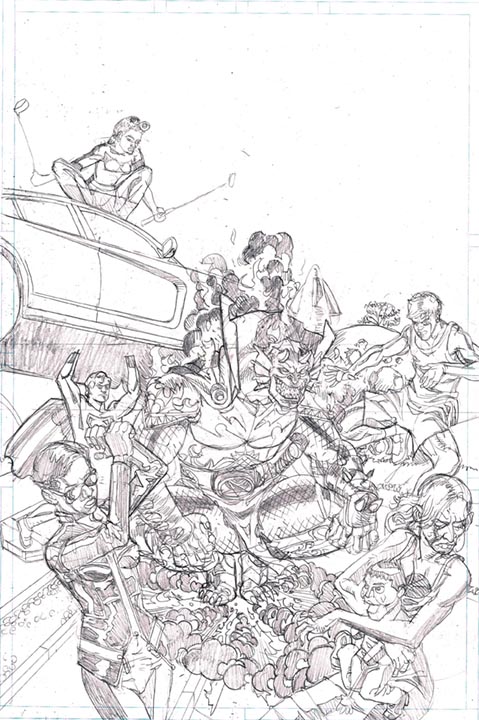 I didn’t realize this was the Etrigan as a noble savage piece. I drew him as an agent of chaos. Kabuki mask face, Found copies of DemonKnights – got costume specifics there. Used the Ventriloquist reference from Batman – where the dummy looked more like something from Zatch Bell. I made Strix haristyle something from the 40s when she was from – interesting origin, but never fully explored. Loosened up Catman’s shorts – looked like he was wearing Biker shorts from the 80s.I couldn’t find if they recreated the cover from Action 1 in the new 52, but the Superman was the Tshirt one from then.

Wow that’s cool. I like how you made it your own and how etrigan gloves and forearm look .

I love the overall design of the piece, and I loved how you analyzed it before you drew it!!!