How Superman Hides His Face

In the first the death of superman animated film superman doomsday the face of superman in the photos Lex Luther is looking threw all have superman with a blank face. also, superman has invulnerability, super speed, and well he is not Wolverine or the flash he does have an accelerated healing factor provided his solar energy storage organs (which he does in fact have as of the New earth timeline) super-healing. so how I think superman hid his identity was simply slightly nodding his head at super high speeds to cause his face to blur. his healing factor taking care of any concussions.
as to him wearing glasses I also always thought this was more to help him read as I thought for him to use any of his supervisions required him to squint.

I can’t remember when or where, but there was one story in which Superman confirmed the Flash (I think Jay Garrick?) had taught him to imperceptibly blur his face to help mask his identity.

(Unless that was Power Girl…)

Of course, there were so many explanations over the decades, who knows which one a particular writer will pull from? 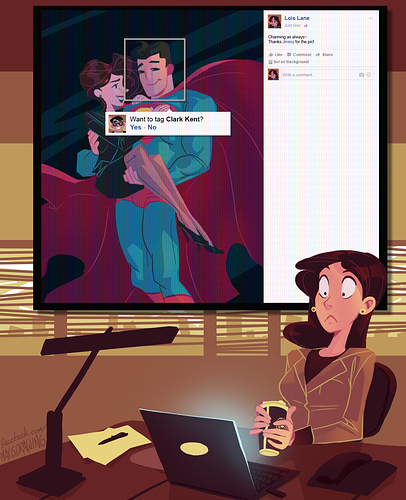 The biggest is that people don’t assume Superman has a secret identity. We as the reader know it but to most of the DCU, they think he’s Superman 24/7. If anyone might’ve suspected Clark and Superman are the same person it would be discounted as they’ve been seen together in the same place at the same time (gotta love friends who are shapeshifters lol)

In a more modern explanation, you ever see a celebrity and either consciously or unconsciously adopt their look? Think of the 90’s with the Anniston hairstyle or the way teenagers try to look like the Kardashians. I gotta imagine there are some people in Metropolis who would adopt a Superman-like look. I’m willing to bet most people in Metropolis look at Clark and think “wannabe”

I love this! Lol

except Clark does not part his hair the same way as superman generally having it all slicked to one side well sups has his hair slicked back with his signature bang.

That really depends on the artist or the era of Superman

I am glade someone likes my more silly posts. as i likely will have quite a few of them mixed in with my ‘batman serious’ posts.

Bring them on lol 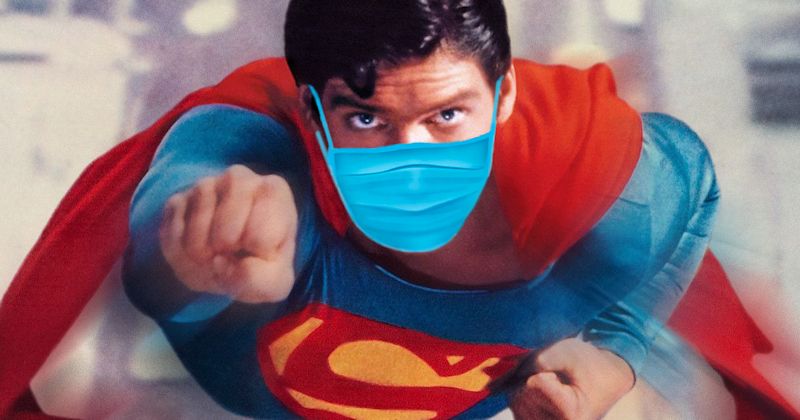 ya superman is definitely a bad squad leader do to being bullet-resistant up to kryptonite tipped rounds, so him as a red or black ranger as that put him leader so blue ranger is fitting for him. definitely not six ranger material as he has enough power as is.

got lots of bad jokes. de

heres really my sillyest post but i find the idea hilarious:Funny thought what if Jon Kent was insted Lara or Martha Lane-Kent aka superman daughter and damian wayne develuped a crush on her