How Playing Roblox Helped Me Appreciate the Legacy of George Pérez 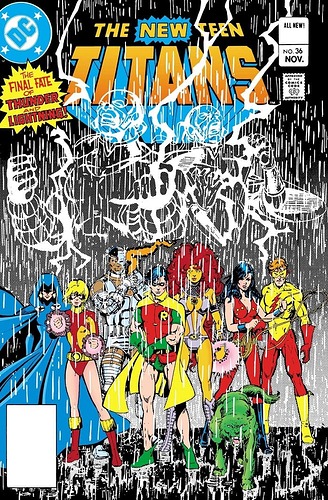 George Pérez would have turned 68 on June 9th had he not sadly passed away last month. For that reason, DC is paying tribute to George in all of its comics this month. Here’s a little secret, though—every month is George Pérez Month. His legacy is celebrated across DC media on a regular basis, even when we don’t realize it. And all this came to me while I was playing a video game called Roblox.

I promise, it’ll all make sense. Just bear with me a moment.

Most of us remember December 7th, 2021, when George revealed his pancreatic cancer diagnosis to the world. I was saddened, and I couldn’t stop thinking about what a pillar he was to the DC Universe. I spent the rest of the day thinking about George Pérez’s work and legacy, and I know I wasn’t the only one. The more I thought about it, the more I realized that Pérez was hands down one of the most consequential creators in the DCU.

When I’m not writing about DC, I work with kids and the child I was assigned to that day was playing Roblox. If you’re a parent, then there’s a good chance you know what Roblox is. For those who don’t, Roblox is an online gaming hub where players can customize their own minigames. The child I was caring for that day had chosen a game modeled after Teen Titans Go!

To see where Joshua is going with this story and to learn more about all of the characters George Perez created / helped to create, head over to DC Comics!