How Many Comics Do You Own?

Have you counted the number of comics and graphic novels you have? I’m thinking about doing it just want to know I’m not alone?

@jsmsiggy Don’t have exact numbers on hand, but DCU is getting close to the 23,000 mark!

Personally… my collection is in disrepair. I maybe have like 20 on hand.

I have alot of trades, but if we are talking like that, then I would say 68. Accual books, about 30

@BestBeastBoy that was the sarcastic response I have heard in a while goldstar for you!

Comixology says 203. But I also have several volumes.

Comixology says 1000 but I think that is just their max for download.

I get more than 20 comics a week. So that is nore than a thousand a year.

I started digitally sometime after Rebirth, after the Button.story but when the library was young I bought a ton of trades because I could not tolerate their rotation out policy of only two weeks.

I would says about three thousand issues or trades. I prefer trades if they are available.

I have 502 separate titles in Comixology

Ok question here do you like digital or physical comics? I honestly like physical copies better but I like to read comics on here especially when I haven’t read it before.

I don’t think I broke two thousand…I’m scared to check if I did. I’m down to start a trading forum if that’s allowed.

I own roughly 3000 comics (mix of digital and physical) and a little over two shelves of trades and omnibuses. 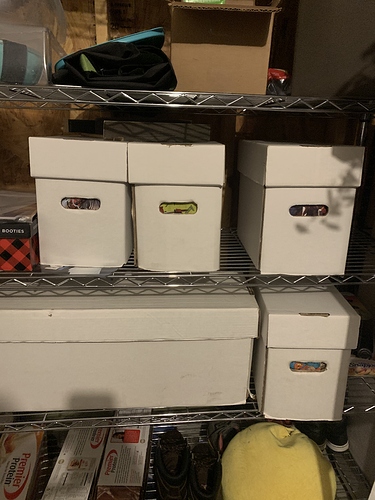 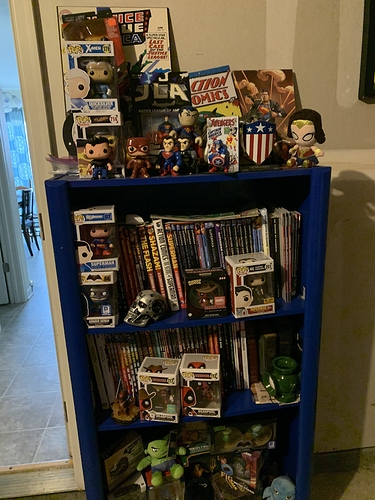 All the boxes are full I actually need some more boxes and bags& boards; thanks covid 19!

Great question @jsmsiggy! There’s a nice variety in library size here and it’s interesting to learn new ways to store, organize, and collect from eachother. We’re moving in the next few months so I did a quick count as I was packing.

Since I revisit my physical copies often my preference is hardbacks and volumes, as they tend to be sturdier. Keeping my collection to a manageable size is also important to me. I try to only buy what I know I’ll love and reread. We’re limited on space at the moment but should be acquiring more comic “real estate” soon.

ComiXology says 668 comics and trades. I have a ton of trades that I need to count and four short boxes and one long box. I also have a bunch packed away that I need to re-shelve.

@KeyFamily I’m not alone I love my physical books too

Assuming we’re talking about print copies, just under 50. Most of them are trades. I gave away most of my single-issue collection 15 years ago because it was taking up too much space.

@AlexanderKnox if you ever need to get rid of more comics I’m always willing to give as many comics a home!