How do you prefer to pronounce “Ra’s Al Ghul”?

I always pronounced it rahz. It surprised me when they started using that pronunciation in Batman Begins. What was more interesting was how they used both pronunciations in the arrow verse. Rahz for the man and Raysh for the title

I prefer Rahz, but Raysh seems to be DCs take on it.

I prefer the actual and proper version: “Raysh”. His name is Arabic after all, pronounce it the way it’s supposed to be, not the butchered version.

Raysh, that’s how it’s pronounced on Batman the Animated Series

Excellent topic, @Aquabro! I was about to create it myself until I saw your thread.

That being said, I’ve done a bit of research
to find some answers. Here is an explanation that I found for the various pronunciations (in part):

Ra’s Al Ghul is Arabic for “the demon’s head”. The Arabic pronunciation for the first syllable is “rah-us”. The character’s creator chose to use the Hebrew pronunciation “raysh”.

The pronunciation didn’t really matter until the character was used in a medium with sound. The first to do so was Batman: The Animated Series. The creators of that show had strong connections to the comics, so they used the creator’s pronunciation.

I’ve heard it spoken both ways in media so it’s always problematic for me to reference Ra’s, as I tend to vacillate between the two pronunciations.

I noticed that the DCU Encyclopedia doesn’t include any details about pronunciation and requested that it be added.

That’s how I’ve always done it.

The way Bruce said it every time in Gotham, he put a little accent on it if anyone noticed. He would say “ray-yaysh” haha

I speak Arabic and can confirm that the “ras” (not raysh) pronunciation is closer to how it is actually pronounced. “Ras” (written رأس in Arabic) means head and “al ghoul” means “the monster” or “the demon”. I always wondered where the “raysh” pronunciation came from, and someone here mentioned that it was the Hebrew equivalent, which I thought rather interesting

. Here’s a link that gives different Arabic pronunciations from around the middle east (hit the play button next to each one): 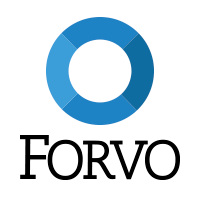 In my head, it has always been rahz.

The way I hear Mxyzptlk in my head is different than anything I have ever heard on TV but I still use it when I am reading. It comes out more like mix-ul-plikt.

@Wilks You know it’s funny you mention Mxy. Whenever his name is used on TV, I usually pause and go back to see how they pronounced it. Sometimes they say it so fast, I have to do a double take

@moro Thanks for this. I always had rahz in my head. Now let the yellow vs. blue dress argument start. It sounds like Ross to me.

@TravisMorgan You are very welcome.
“Ross” with a rolled R (similar to how it’s pronounced is Spanish) would be the most common colloquial pronunciation that I’m aware of. In formal written Arabic, which is a bit different from the spoken dialects, it’s pronounced “Ra’s”. Imagine an awkward little pause before the S, kind of like in Martian Manhunter’s name before the O “J’onn”. That’s getting way too technical though. Any Hebrew speaking folks in the house? Would be cool to get the “raysh” one cleared up

Raysh no contest for me. Never read it any other way.