How Do You Feel About Heroes in Crisis?

Hello DC Universe family. I am planning to podcast review and introduce the Heroes in Crisis storyline to people who have not read it. I’m wanting to open people’s eyes to the greatness of comics, amongst other things. So, I need your help.

What are your general feelings about Heroes in Crisis? What stood out to you? What didn’t you like? Are there any themes that spoke to you?

I really enjoyed this story. The interviews almost put me in tears. They also made me laugh and I won’t lie, made me roll my eyes at times. Overall, without spoiling it, the theme of “Being vulnerable when you need to be” is one I need to reference more for my own well-being.

Please encourage your friends to subscribe to DC Universe. I really love this community. Thanks guys and gals! 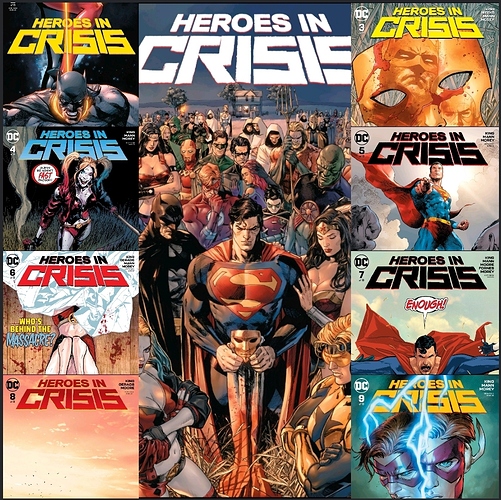 I haven’t finished it yet, but so far it’s pretty good.

I haven’t finished it yet, either, as I’m reading it as it comes to the app. My current opinion is that it was a well written story, very moving in parts, that did a really bad/dumb thing to a fan favorite character.

I’m happy you enjoyed it, but I found it rubbish and mishandled. The only Crisis I stopped buying. I can understand Wally’s grief, but I don’t see him taking the actions he does to evade responsibility for the accident he caused.

So my friend and I just did an hour long convo on this book. These are some thoughts I had.

That last criticism is more about how writers in general treat science like an on and off switch with Flash’s powers.

I cloud keep going for a while, but honestly that just some thoughts on the book. Hope they help you out. Have fun making the podcast.

One big thing to remember, Tom King made this after going through a panic attack, loss of a family member, and therapy. These are real issues and while we might criticize the story, some people may really connect with the mental anguish. Remind people to reach out to friends or whatever support system they have, especially in this time of all of us being shut indoors.

You’re amazing Zermillion. Thank you for taking the time put your thoughts so succinctly. Bros before Heroes was very touching. I found myself thinking about my friendship with my podcast co-host at that moment. I loved the end where spoilers

It was clear that Wally wasn’t alone in his feelings. Ivy, Harley, Booster, Blue Beetle, and so many more could relate to his feelings and they too struggled with them every day. I think that’s what I related to most in this story. I sometimes feel like I’m alone in my angst, worry and self-loathing. Everyone feels. They hide it however, out of fear of increasing the fear in others. What a powerful testimony to be the strongest man in the world, or possibly the universe and still struggle with who you are! I love that Tom King modelled the house after his late grandmother’s house. I know people criticize this story, but I can’t allow that to take my love for the genuine emotions he made me feel. Thanks again for such a beautiful response.

I wonder how Nightwing’s gonna feel when he finally realizes what happened.

I think it will create another crisis. If we learned anything from Young Justice, it’s that secrets don’t make friends, but it does make great content.

I absolutely love Heroes in Crisis. It is a great story line and the artwork is superb. Why can I not see issues #8 and #9 on the DC Universe website. It is like they suck me in with a great story and cut me off before the finale. What gives?

New issues come to the app a year after the initial release, so those just aren’t here yet. They will be soon!

@ralphsix is right and so are you @jfletch57.95088. I went to the DC Comics app and just purchased the last two issues digitally. 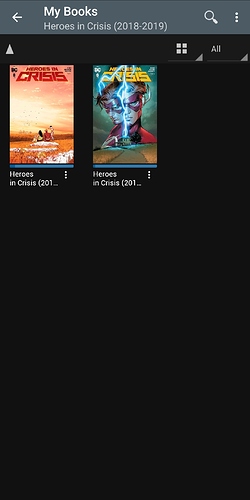 Loved it, So far!

Some good parts some bad parts.

Prime example of making the mistake of thinking that high stakes make for a better story.

This story would have been immensely better if the perp had been a hero we’ve never heard of before that had been given the privilege of using the facility. The good parts in this story wasn’t the mystery and figuring out who did it. That was the bad part. Throwing this behavior on a character that doesn’t fit the bill just makes me go “eeeh”, and I’m not even a Wally fan.

The good parts was seeing the thoughts and emotions of characters. If we had been given a new character to explore it could have given some interesting thoughts about how things could potentially go wrong for a hero. Now it just made me think… “eeeh I don’t buy this. This was plastered upon Wally because that’s the character you were allowed by editorial or you just picked very poorly”.

When a writer makes a character no longer feel like the character. That’s the cardinal sin any writer could do in my book. It’s failing the prime directive. You had one job… etc.

I really loved Heroes in Crisis. It reminds me a lot of Identity Crisis (which is probably my favorite comic arc of all time). I love small stories and events like this that involve the DC Universe. Not everything needs to be a cosmic battle and a race against the clock to the apocalypse. I think this has so much more character to it. I especially love Heroes in Crisis (and other stories like it) for the way that it really breaks down our heroes. I know that it’s fun to think of these superheroes as unstoppable forces that can take on any challenge, but I personally love the way stories like this break that trope down and really makes them characters and people. It makes them more complex and believable, and I hope more stories in the future take on this same challenge.

Now, I understand the criticisms of the ending (it certainly is a bit over complex and pretentious in some ways), but I personally never had a problem following or digesting it. Without spoilers, everything came together and made sense to me. That’s just my opinion though.

I loved the art, and the therapy session elements of it. I would’ve been perfectly fine if that’s all the series was, honestly.

Wally as the culprit was so out of character and so against the entire Rebirth storyline, I was let down by that twist, but there was some really great Booster and Beetle stuff there that I can’t ignore or say I didn’t truly enjoy.

It was horrible. In my 40 plus years of reading DC comics this is one of the worst series’s I’ve ever read. Tom King has no regard for the history of DC Comics. It’s bad enough that he killed Roy Harper, and Wally West, but there is no way Wally would have ever did what he did in this series. Completely out of character. Tom single handily ruined one of the best characters DC has ever had. Turned one of the best heroes ever into a killer.

I’m w/ @Green.Lantern. The art was solid and the best parts were the therapy sessions (and the simulator). Wanted more of them. On that they get

Some things I could’ve done without (like nearly everything else

), but over all I really liked it. I’d recommend it.

I agree- if the series had devoted each issue to a different hero and showcased how they cope with all the trauma in their life, it could have been something really special.

I really enjoyed it. I’m a fan of Tom King and feel he gives his characters different voices, unlike another writer who frequently uses 9+ panel headshot pages in his comics coughbendiscough.

I don’t like the killing though, any of it, from Roy to Gnaark. Worse then the killing, which we know can and in many cases will be undone, was the actions of Wally West. This is a huge heel turn and it’s not foreshadowed in other books afaik. He’ll turns like this can dog a character forever, I’m looking at you Hank Pym.

Best i can figure this story, other than being a good Tom King story, enabled dc to do 2 things. 1 clean up Flash confusion between comics and TV. This may set the stage for a black Wally West. Idk writing that out sounds like a bit of a reach. 2 established a new Harley & Ivy dynamic. Ivy is reborn in the Green and could be used more as a hero and better foil for Harley’s chaotic ways.

It’s a good comic, but the heel turn is too much. Gnaark’s philosophy debate is fantastic.