How Do You Define an "Obscure" Character?

By that definition though, White Canary is an obscure character. And so is Ryan Wilder. And Naomi. They all star in TV shows.

Hell, by the 50 issues metric, PUNCHLINE is an obscure character.

Yes, I would consider them all obscure characters.

Edit: It clearly won’t be long before Punchline surpasses and blows by that number anyway.

I define ‘Obscure’ usually by appearances. If a character has only appeared in a handful of issues or arcs, or hasn’t appeared in anything in many years.

If a character is recently created (ex: Punchline) I don’t think they can be considered Obscure yet. There needs to be a little time before a character falls into obscurity.

As for TV characters, I’m not sure how to define that. There were so many one and done villains and cameos (thanks Flash) that it’s hard to define it the same way as comics.

Wasn’t Ryan Wilder created first for the TV show, then adapted to the comics? That’s a whole other ball of wax and throws off any definition of obscure from a comics perspective.

But for the others… if you think about in the context of “adapting an obscure character” to TV or movies, then is that character still “obscure” if their comic presence is never increased. e.g. White Canary is grossly different than her comics counterpart, so even if people are all “oh, yeah, I know White Canary,” most still know the adaptation version, not the comic version. Alternately, Kite Man wasn’t lifted from obscurity because he appeared the LEGO Batman, but because of Tom King’s run using him in Batman (which led to him being used in Harley Quinn … would they have used him if not for King’s run?

) I think he only barely cracked 50 issues with that run, but in doing so his “Hell yeah” became memetic, so people - who have no idea who he is, or that he was in any cartoon, or even what comic book the line came from - know Kite Man when they see him. (See also, Hercules, “Cool story, bro!”)

As for TV characters, I’m not sure how to define that. There were so many one and done villains and cameos (thanks Flash) that it’s hard to define it the same way as comics.

TV has a wider audience, and I think that leads to broader familiarity with characters that might otherwise be obscure. Take Egghead, for example - decades went by between his brief TV appearances and even a cameo in a comic book, but people knew him well (mostly because Vincent Price). You’d probably find a lot of people surprised to learn he wasn’t in the comics at all until '92 and is still very rarely (sixish appearances?) used in primary canon.

Which is funny considering Black Adam would have qualified as an obscure character when Dwayne and I were growing up.

Here’s my example of obscure: in this thread, the game is to present a riddle about a character and then people guess. the last few riddles had solutions that I never would have gotten only because I never heard of the character. The most recent solution: Catholic Girl.

for the most part, a lot of it is ‘eye of the beholder’ and Catholic Girl really doesn’t get any more obscure at least for me since the character is completely unknown to me.

Hot take on obscure characters: the character must have been rebooted at least three times or gone through at least five costume changes.

Edit: Too NOT be obscure.

I went through two costume changes alone in The Dark Knight Returns.

Interesting criteria. I demand 10 costume changes for true obscurity, though.

I didn’t know to draw the line and what constitutes a costume change. Is every “S” change a new costume for Supes? Then he’s not obscure. 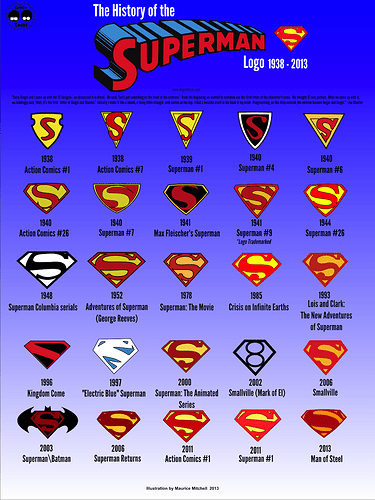 Is Terry obscure because he hasn’t had 5 to 10 costume changes? And I don’t even know about reboots. It is bad for heroes with really good designs? 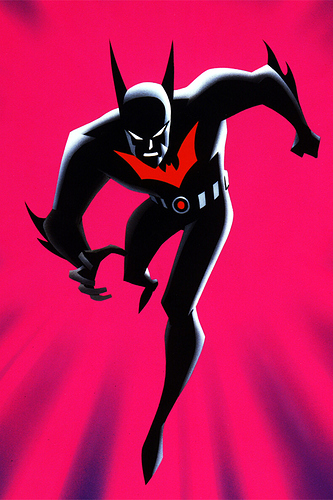 @HubCityQuestion, I was thinking, would Gentleman Ghost be a Obscure character? I was trying to think of some of Super Friends villains, and Gentleman Ghost pretty much make a rare appearance. If he was really a Batman’s villain, I’m shock that he wasn’t use in Batman The Animated Series, I hope with the new Batman series, he’ll make some appearance.

What’s your opinion on Gentleman Ghost?

@HubCityQuestion, I was thinking, would Gentleman Ghost be a Obscure character? I was trying to think of some of Super Friends villains, and Gentleman Ghost pretty much make a rare appearance. If he was really a Batman’s villain, I’m shock that he wasn’t use in Batman The Animated Series, I hope with the new Batman series, he’ll make some appearance.

Despite his usage otherwise in Batman: The Brave and the Bold, Gentleman Ghost is more frequently featured as a Hawkman villain than a Batman villain. You may notice in that show that when fighting Ghost, Batman makes reference to an “Nth Metal” piece of equipment. This is a reference to Hawkman, whose Nth metal wings and mace allow him to battle Gentleman Ghost on his own terms.

Interesting, didn’t know that, Thankyou, Glad Hawkman has him for his rouge gallery.

I personally say anyone who hasn’t had a TV series or movie is “obscure”, but Plastic Man’s cartoon series was so obscure, I’d swap him out for Cyborg, despite the lack of a Cyborg-only show. And I would not count movie serials as getting you out of the obscure category

Sure, it doesn’t account for villains (except Joker and Harley). I would personally count some groups or inseperable duos as a “character” for this.
The question just asks for my personal definition, but I’m not arguing anyone else should be using it

If you ask 10 random people who Martian Manhunter is, or Dr. Fate, or Zatanna, how many do you think will be more than vaguely familiar with them?

I know if I start with friends & family, there’s only 3 or 4 other people I can think of (amongst dozens), that I can say would give a more detailed answer than “Isn’t that some kind of… superhero”? The majority would look at me funny

Not saying these characters are obscure per se, but again, it’s all in the eye of the beholder. I guess the flip side to the main question here is “How do you define a popular character?”.

I think obscure characters are the ones that are really cool and interesting, but completely underused