How Did You Get Into DC Comics

I’m talking about what got me into comics 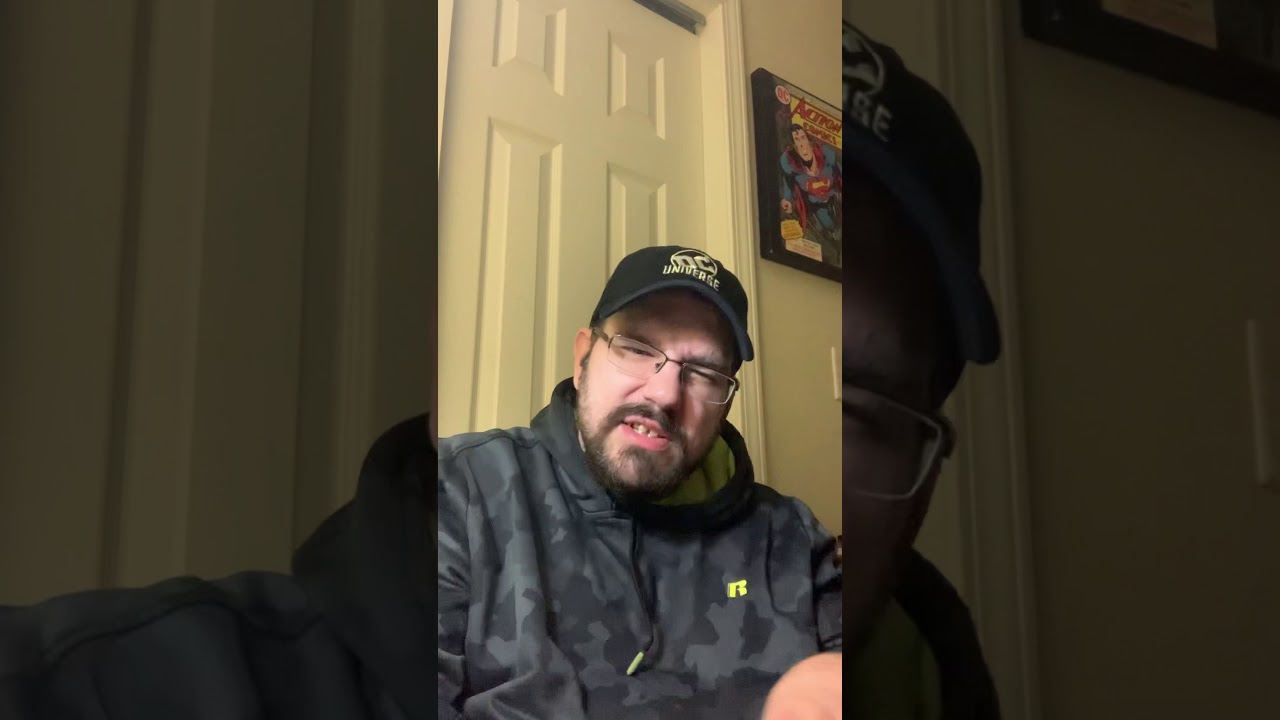 I’ve been reading comic books since, oh, before you were born.

This is what got me into the fabulous universe of DC:

Please watch the video hook me up from one fellow DC Nerd to an another!

I liked Batman and watched the Justice League/JLU cartoons as a kid, but playing Arkham Asylum is what really re-ignited my love of DC and set me on this path. It took a few years after that for me to really start getting into the comics, but I can really thank Arkham for kickstarting this passion for me

I’ve been a fan of DC since I was kid. Thanks to my Dad. The movies shows and video games (especially the Arkhams as they skyrocketed it).
Actually reading DC Comics. DC Daily did that. There long Halloween episode talked about it and I want to to read along. Always heard about it but never knew about and back when comics were on for a limited time I only had October to read so I did. Then they talked about the Sequel Dark Victory then u was hooked. Start Rebirth and others and haven’t stopped since.

A good friend of mine owns a comic shop, so that definitely ignited my interest. He and his store are very far away from where I live, so I don’t buy comics from there, but he definitely opened my eyes to all of the incredible stories I was missing out on.

Superman, ever since I was little, and the BTAS and The Batman shows.

Well my journey into comics took several years. Most of my life actually. I was a casual watcher of the animated shows, and all the Batman movies growing up. One of my favorite video games growing up was Batman Rise of Sin Tzu. My favorite character was always Robin but I loved playing as Nightwing cuz I thought he was a new character (never saw any of the episodes of him until I was older) and he had this cool hurricanrana move that I loved. I was a lonely kid artist so I loved the Teen Titans cuz it was a bunch of weird kids that were best friends and eventually drew all my favorite superheroes as a team. Then when I showed my dad he said it wasn’t possible because some were from Marvel and some DC and it baffled me as kid cuz like superheroes are superhero’s they’re not all together? So it forced me to learn who belonged to who. That’s when I learned there was more than one Robin and I had to learn all about each and every one of them. Did research for ages on them. Found Nightwing whom I used to play in Rise of Sin Tzu was the OG Robin and learned that I liked him the most. He became my favorite character. Then new 52 happened and it was the perfect jumping on point for me and Nightwing number 1 was my first comic. The rest is history.

I do. You record em and I’ll watch em man. Sorry about your Ma.

How did I get into comics?

My Dad was a big comic fan and huge Trekkie. I was a youngster in the 90’s and grew up watching B:TAS, S:TAS, Spider-Man, X-Men, 89 Batman, & Reeve’s Superman (who’s responsible for me being a DC person unlike my dad who was Marvel). Man of Steel, The Death of Superman & Shadow of the Bat were the first comics I remember, though vaguely as a kid and had to read them again as an adult. I’m dyslexic and struggled with reading as a kid. I remember being frustrated that I couldn’t read but loved the art and would just flip through the books. My dad and sister would read them to me sometimes as well.

I am a '97 baby and I’m kinda jealous cuz the 90s were great! Wish I truly got to experience it. But I too grew up on BTAS, Beyond, Spider-Man, X-Men, Teen Titans, and the Keaton Batman movies, etc too. My dad is also a Marvel person while I became more of a DC person as well.

Oh I’m 89 so I wasn’t deep in comic’s compared to the tv stuff at the time. Yeah I think it may have been b/c Marvel was the new kids on the block when our folks were kids plus DC was having some rough spots around that time as well.

Yeah I think it’s a generational thing. Like you said Marvel was the the NKOTB and DC was having a rough time in out parents’ generation. Our generation grew up with the 90s and early 2000s DC movies and tv. And this new generation is growing up with the MCU. How much you wanna bet next gen is DC again?

How much you wanna bet next gen is DC again?

I got 2 sand dollars and 3 twigs that all the MCU movies won’t make or keep them as Marvel Comic fans …if that’s to rich for your blood though I completely understand.

My first comic book is Action Comics #434. I was around 8 years old and the cover is Superman in a dental chair in pain while a dentist is trying to pull his tooth. Having watched the George Reeves TV show I was thinking how could Superman have a toothache? I asked my dad for the 20 cents to buy the comic book and that was the beginning. 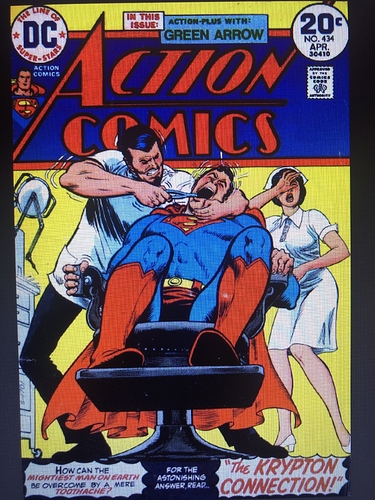 @AquamonC137 thanks for the support and maybe I should make a video about 90s comics.

Most welcomed. 90’s topic would be awesome for sure, but I’ll tune in either way man. Do em on whatever comic subject your passionate about and they’ll be solid I’m sure.

Probably not. However I’ve heard the recent Chip Zdarsky Daredevil series is a lot like the Netflix show which was great so if they keep doing more of the stiff people like from the MCU that might change.