This story while deeply moving , really is leaving me wondering why would they bring this Hero back only to do this to him. The Rebirth return really was moving, and I have been waiting to see what they would do with with Wally, following every story, waiting for something grand to happen… And this is what we get? Him killing all those heroes, even by if accident… This is wrong and a perversion of the character and the hope that Rebirth brought. I’m a diehard DC fan, but this is testing my loyalty. I could have been any character, but to do this to Wally is wrong. Please discuss, but try to be appropriate with your responses. Thank you

I agree. I’m so disappointed with this revelation. It actually makes me reconsider reading DC comics and my subscription to DC Universe. I love the service, the shows and the access to the digital library is great but this is really a disservice to this great character and I feel maybe that’s the only way to get my point across.

I would say wait for the final issue. Look what Time King has been doing in Batman recently. I would not be surprised if this whole thing turns out to be part of the therapy room. The one where they have to face the things they can’t get past.

Personally, I liked it. I think the story was pretty good, and it was all handled really well. I understand why people wouldn’t want Wally to be the killer, and I agree with that. But I’m excited to see where it goes and how other writers deal with it. Sure, it might work better if it was out of continuity so as not to hurt Wally’s character, but I’m still excited for what’s to come. It’s like if someone were to come along and make Batman a killer. If they did it like Zack Snyder did, I wouldn’t like it. But if they made him kill in current continuity, and wrote stories about the fallout of that, I would like it, as long as it was handled well. I think that King did a good job with it, and I’m excited to see what happens next. And I’m not extremely angry because he’s not just changing the character, he’s adding to him.

Im afraid to read it. Normally, its marvel that causes me to rage fit over something, but this…one more issue. Ill wait, read them together. As long as theres no 2 month delay aHEM!

I didn’t was fine with. I’m just getting fatigued with King’s writing. It tries so hard to be casual that it comes off as unnatural. Everyone also starts to so sound like the same person since he does it with everyone.

The thing about comics is, If you don’t like it, ignore it. It’ll be undone. All you have to do is wait.

I’m stuck. On one hand this is deservice to a great character a member of the universe iconic heroes. To many Wally is The Flash and let’s not forget that the writer of The flash said Wally IS the fastest person in the DC universe. This treatment of character has been a constant issue with DC. And if this is a fake out that turns out to be an entire therapy session, then we have a walking dead Glen death fake out. Which is just ment to draw attention with no real fall out. Really distracting time for DC fans

I forgot my opinion! I don’t care what it says about Wally, because if it’s not popular, it’ll be put down the memory hole. Dramatic changes to established characters barely ever last (assuming this even WAS a change and not a red herring).

And I think engineering it with this undo-ability is making it overly complicated and undermining any suspense.

I didn’t think that it was possible for Wally to be redeemed, but the the more I think about it, it is possible… I’m not sure how, but Barry has been redeemed even though he destroyed the universe. He erased Wally and his family’s existence. He also erased other people’s kids and marriages, so really who is the bigger villain here. Barry for basically destroying the universe or Wally for this stupid story. I obviously don’t agree with Heroes in Crisis, but Barry’s mistake is much worse. 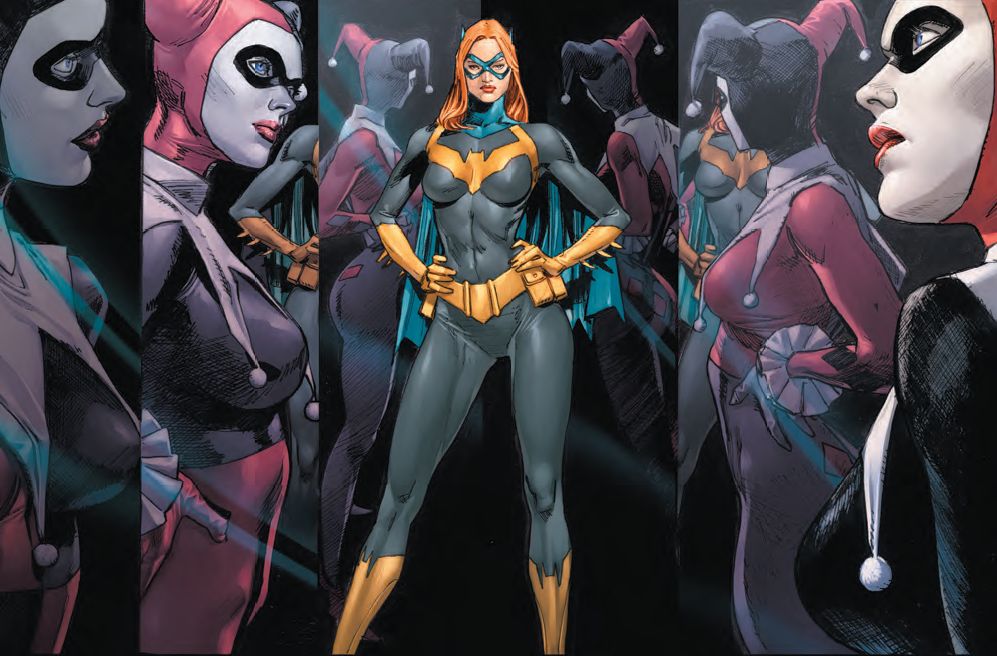 Wally being revealed as the killer certainly caught me off-guard, but I’m willing to see where it goes.

King’s writing can be a little annoying, though, I agree. It’s a little bit of an odd style.

Personally have loved every issue and I think it’s a bold move. Hopefully there is redemption tho

PTSD or not Wally staging a murder to pass off the blame on others is the most idiotic thing ever. Speed force going nuts was a little silly but it can be looked past since it was an accident

Personally, I think the idea of having a magical hospital that can erase the effects of PTSD is fanciful and minimizes the condition.

I mean, think about the premise of this story:

There’s a hidden hospital that’s actually been around for quite a while. Which means, heroes have come here to recoup from something terrible. And when they’re “fixed,” they return to the outside world. In fact, they’re fixed so well that the hospital has remained a secret.

I loved it. It’s such a real type of story. It’s a story about mental illness and has always been advertised as such. Good men get sick and do terrible things in the real world. For the killer to be Lex or Poison Ivy as many predicted would ve been a disservice to what the writer is trying to capture. I questioned bring back the redheaded Wally in the first place. The New 52 Wally wasn’t accepted for one reason and one reason only by fans. I don’t want to hear oh he was different then the Wally I knew in the 1990s…well guess what that same character was far different personality wise in the 1960s as well.