After just finding out that Wally was the one who killed everyone in Heroes in Crisis, this is not sitting well with me. I’ve followed the story until now and while I feel it has its good moments, it’s been very slow and drawn out. I can’t believe they would do something like this when the whole point of rebirth was to bring Wally back into the mix. I don’t know who’s decision this was, but it’s a huge blunder.

I think I’m just realizing I’m not a fan of Tom King’s writing at all. He has some great ideas, but every comic of his I read, I get the feeling that absolutely nothing happened. The whole Batman run has been interesting at times and the art amazing, but ultimately nothing tied together well, The wedding was a huge disappointment, and the nightmare series has been nonsensical and I have completely forgot what’s happening in the main storyline because of all the random miss directs. I liked his run on Mr. miracle but I think he should be on much more obscure titles than someone as huge and important as Batman. I am close to considering the unthinkable and dropping the Batman title altogether.

What does everyone else think?

This story is just awful. So far it’s just been pretentious, meandering, and predictable. They did exactly what most fans knew they were going to do from the beginning. The story feels like a empty attempt at social commentary through ideological lens of the writer by forcing characters to say and act in ways completely incongruent with the characters.

It’s so bad in fact it just comes across as a malicious attempt to ruin a character that everyone has loved for decades and fans demanded be returned when trying to erase him didn’t work the first time.

B. To a lesser extent and on a different note, I also made the right choice in dropping Batman. 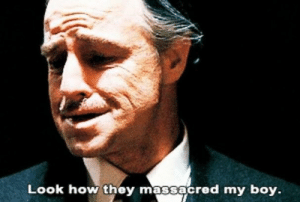 This story doesn’t match up with Wally at all. So Wally finds out that he kills a bunch of people and travels through time. If you heard that he traveled through time then you figure he would undo what he just did, but no instead he doubles down on what he did. He decides to frame two other people for some reason, and then goes into the future to kill himself and cover it up. He managed to take out more heroes at one time than almost every other villain has done over there entire career. Wally has now killed more heroes than Joker, Lex Luthor, and Reverse Flash. It wasn’t enough that Barry erased his family and trapped him in the Speed Force for years. Now they make him one of the biggest villains in the DC Universe. Who came up with the stupid idea of Sanctuary anyways. Batman, Wonder Woman, and Superman are the dumbest heroes there are for coming up with this idea.

I just reread it and I still can’t accept it. This is by far the worst event I’ve ever read from DC. It’s worse than Identity Crisis. It’s even worse than “Ric” Grayson. They’re seriously expecting us to be OK with one of the greatest heroes ever accidentally murdering a bunch of people and then covering his tracks instead of seeking help, or, I don’t know, travelling through time and stopping himself? The whole story feels like a convoluted mess designed to kill a character DC would rather not write for anymore.

I just can’t believe how depressing and different the DCU has become since Rebirth. Those first few months after Rebirth#1 were almost just a tease, as of they knew what we wanted and just wanted to let us know before they destroyed the entire universe gradually yet again

I thought the character assassination of Captain Marvel by Bendis was bad. I really didn’t like her after Civil War 2, but this is nothing compared to what they just did to Wally.

The ending should just be Tom King breaking the “fourth wall” and write himself as the main villain. That’s the only way to end this.

@E-Dot - holy crap, I’d actually love that. Maybe have Wally meet with King in a similar fashion to the end of Morrison’s run on Animal Man. Just basically apologizing for ruining Wally’s life and talking about how someone else will write him soon (I can dream, can’t I?) so he’ll never have to worry about King destroying anything else about Wally’s character.

I can’t accept HiC 8. Wally West would never do the things depicted in that comic. I have accepted the mistakes made in New 52 and really enjoyed Rebirth, but I now perceive DC does not seem to respect their characters and readers.

I’m really happy that Kara was space adventuring, and didn’t have to be part of this arc.

Heroes in Crisis is a story that maybe should have been told out of continuity, but preferrably not at all.

It turns out out that all the heroes of the DC verse are actually messed up and just walking around keeping it contained.

Woop de do dah - what a wonderful world. More miserable than if the Injustice-verse and Snyderverse had a child universe together and left it to be raised in an Austrian basement.

Can we try giving over creative direction of the main universe to Shea or Lauren or someone who can design a universe that brings good feelings when you read from it.

This is not the promise of Rebirth.

Everyone is just getting more and more messed up. Wally is a mass murderer, Kara is swinging a rage axe of revenge, Babs is going angrier and dealing with chip trauma and family issues, Supermans dad is a murdering monster who Kal gives away Jons childhood to.

If this is the Rebirth, why would we ever need a Black Label?

I already feel like Dropping DC Universe if they let this stick. If it gets retconned or something maube i’ll keep my subscription. All these comics being added is temping to keep this longterm. But still, i put up with 2 years of Wally being screwed over. And that is NOT forgivable. Didio needs to be fired already, he killed and mutilated the idea of hope rebirth was suppose to bring.

I thought that they learned what they did wrong with the New 52, but it looks like they haven’t. Most people enjoyed Rebirth, but they seem to have gotten rid of any aspect of that. The problem is that I don’t see any way to redeem Wally. You can say that he was depressed and lonely and that he accidentally killed all those people, but he was sane enough to frame Booster and Harley and then lead all of the detectives on a wild goose chase. I guess Wally is going to replace Reverse Flash or something like that because right now he is a straight up villain.

Did they seriously do that?

This has all the earmarks of an editorial edict all over it and Didio’s involvement as well. I noticed things starting to get darker in the DCU when Johns stepped back from things again and Didio became more involved. Didio was the one that spearheaded the N52, which was dark, edgy and gritty, whereas Rebirth, with its brighter view on the DCU was being headed up by Johns. The current direction of HiC isn’t anything like it was initially announced to be and with DC being known to run roughshod over writers with editorial edicts left and right in the past I wouldn’t be too terribly surprised if that is exactly what has happened here.

3 years ago, Rebirth #1 acknowledged how dark the DCU had gotten, used Wally West’s return as a metaphor for the return of optimism and hope, and used Doctor Manhattan’s influence as a symbol of what had gone wrong. The implication was “Yes, we know things have gone awry, but we’ll use this storyline to fix it and, to show we mean it in the interim, here’s this gesture” 3 years later, the Doctor Manhattan storyline that was supposed to fix things still isn’t finished and, just in case anyone was still hoping the end of Doomsday Clock would fix anything whenever it finally comes out, DC went ahead and used this story to make very clear that’s not happening. Using Wally West to do so is one of the biggest giving-fans-you-disagree-with-the-finger moments since Superboy Prime.

(Speaking of Superboy Prime, in retrospect I realize hoping Doomsday Clock would fix things was was just falling for the same trick Johns played in Infinite Crisis, but that’s what some of us get for continually hoping it’ll get better.)

King is a great writer but he has profoundly failed on Heroes in Crisis and Batman. He literally killed all the hope that was developed with the return of Wally.

On the bright side, DCUniverse is now here and we can read comics from the time before DC Comics sold its soul to Trigon.

Other than the delays, at least Johns’ Doomsday Clock is a million times better than this. Right…!?