Anybody play this? It’s been around for 17 years or so now, but I only got into it about 2 yrs ago. Not limited to just DC characters, but I try to get all the DC ones

The last few DC sets are Rebirth, Batman The Animated Series, Harley Quinn, and Elseworlds
(I started playing around the time Harley Quinn came out)

Even if you don’t play, the pieces are fun to collect. And I’m often surprised what characters they make (real deep cuts sometimes).

I used to play a lot when i was a teenager, i played in local tournaments, it was a blast! Now i just collect them, they’re detail is very underrated. 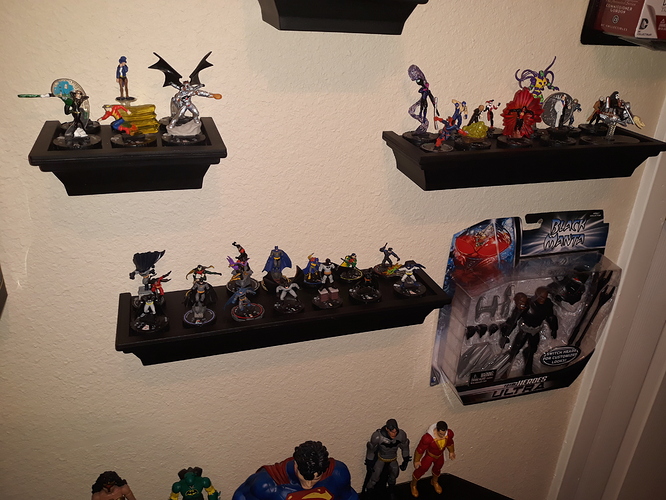 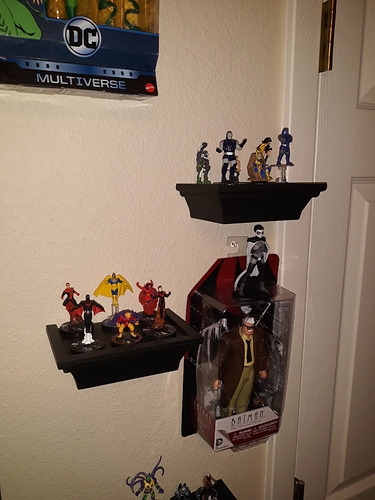 I’ve seen the pieces and have always been curious. How does the gameplay go?

@ralphsix
It’s a little tricky to start, but it soon becomes second nature. I learned mainly through youtube videos

When I first read the rules, I was “what? that sounds needlessly complicated”, but if you play a few games with people showing you the ropes (as I did), it becomes fun.

Here are some videos I started with

I’ve only played the official game once, but I have collected over 300+ Heroclix figures. I love 'em. I use them for the out of print game “Heroscape.” Same size figures and great detail. I created custom character cards so I could have a more diverse roster to play with. I’ve gotten so many friends (and somehow my wife) addicted to the game.

Yeah, I do play heroclix semi-regularly (once a month or so) but have tried to use the minis for other games. Tried a bunch so far.

Never played but I wouldn’t mind owning a few. Like you said there’s so deep cuts and it’s been around forever so they have the characters I love. I wouldn’t mind adding a Bizarro to my DC collection or a Swamp Thing.

I picked up a Condiment King figure, just because it’s wild he exists. 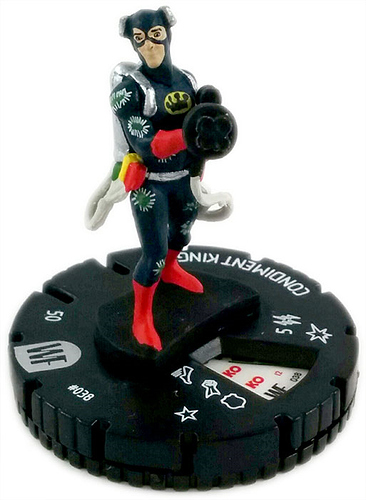 That’s where I get most of mine. They have a huge selection (some are more expensive). Free shipping on singles. They also have a special deal where you can get a random assortment of 100 minis between $15-$20.

Yep, good advice. I shop there too. They have rewards program too.

I’ve wanted to, but there isn’t a solo version.

I play. Love it, super fun. My first piece was the 80’s starfire

I’ve wanted to, but there isn’t a solo version.

There are rules out there on the internet for solo play. I used to play my giant billion-point Spectre against the JLA.

Heroclix is a great, fun game, though I don’t play as much as I did in my youth. Now it’s mostly a collector’s pastime for me. The Batman: The Animated Series set was fantastic.

The problem I have with the solo variant online rules is that they’re not official. If Heroclix created an official solo version for DC, then I would look into it.

Oh my gosh that Creepshow figure!!

I don’t play, but I have collected. What I have used them for was as game tokens for the dungeon board when my friends and I played Munchkin. It was alot more fun to crawl the dungeon with the Demon than a red pawn piece.

I’ve been a player since almost the start and have been fairly active on HCRealms, the biggest Heroclix fan site to be found, for ages. I go by a different name there.

My enthusiasm for the game has waned in the last few years. Some of that has to do with changes in my life - where I live, the expectations of my job. Some of it, though, has to do with the slow-down of DC releases in the game. Marvel gets 2-3 big releases a year and DC gets about 1, so there are long waits between new DC products.

I hear you . Wish there was more dc product too. The next dc set does look great - Justice League Unlimited