Hawk and Dove Spin Off

I really loved “Hawk and Dove” and I’ve never been drawn in by side characters so quickly and invested in them. I was genuinely shocked and upset when Dove was thrown off the building. I was hoping she grabbed something like Dick did, but when I saw her laying on the ground my heart sank and I felt it in my gut. I was so into their relationship together and still am. I really want a spin off from these two because they’re so incredible and stole the spotlight. I’d love to see Hank and his brother Don in flashbacks because it’s such an interesting dynamic. I don’t know if I want them to have powers or anything to do with the Lords of Chaos or Order, but if done well I’d buy it. I just think a series with Hawk and current Dove in their early days or even in the current day separate from the Titans would make a great show as a series or a mini series. 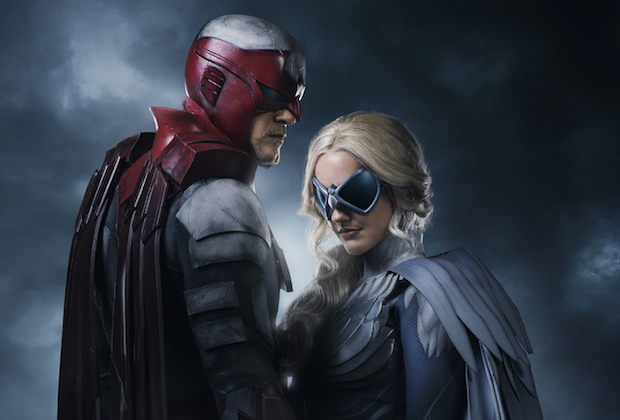 Dove in particular was so good. She’s a good actress

They are the best thing in titans right now. I loved them. I am hoping dove dying and hank on the brink of death will open the door for the Avatars and they will come back more powerful.

Dove is not dead, she will be back.

I want this spinoff so bad. Bring on the lords of order and chaos, Kestrel, Copperhead, and other c list villains.

Yes I agree hawk and dove are legit I didn’t know anything about them but if they made a spin-off I would love to seem them plus the woman that plays dove is beautiful!!!

I would like that too. I am not a huge fan of Hawk and Dove but have read several of their comics “back in the day” and it really did feel watching Hawk and Dove like they leapt off the page in a way comic book adaptions rarely do.

Count me in for that spin off

Would LOVE a spinoff!!!

I thought the same thing! What wonderfully charismatic characters. I want more!

Episode 9 is their origin story, the actress gave an interview where she said we get to meet Don in flashbacks before he dies

I want a new Hawk and Dove comic book