Have Your Reading Habits Changed Recently Or Since Infinite Frontier?

Infinite Frontier, and to an almost equal extent Future State, seems to have been intended as a point of change for the DCU and I’m wondering if people jumped on or off certain books. These stories feel like New 52 and Rebirth in that they start new directions for a significant amount of characters/titles and that often leads to changes in readership.
Heads up, this gets pessimistic.
I’m personally in a downturn but it started before IF and FS. I stopped reading Superman when Jon was altered but I think I would have stopped eventually anyway. I stopped reading Batman with Joker War and was only grudgingly reading under Tom King. I stopped Justice League when Bendis took over and thought Flash and Wonder Woman were kind of rudderless and repetitive, Flash especially because that guy just cannot stop messing with the time stream and engaging in rogue wars. Plus, Wally. I stopped Nightwing with the amnesia storyline and Teen Titans as Damian descended further and further into sociopathy.
I liked Future State as a stand-alone but have zero desire to see that come to pass. I know it was possible futures but it feels like DC has embraced it.
I have checked out the new direction of WW and will give it time. Nightwing feels familiar again and I will try Robin. I will probably read IF tie ins just to see where it is going. I will try out the Blue and Gold miniseries that was just announced and will follow along any progress toward a JSA. Maybe today’s solicits will have something else interesting. Sadly, none of those books are exciting enough to me that I would even notice their cancellation.
The only books I read regularly are the digital ones because for the most part they aren’t tied into what I consider to be DC’s hot (curse word) mess of continuity. “Everything matters” is such a cop out.
For the first time in over a decade I am barely reading DC but I think it’s comics in general because I have reduced Marvel as well. X-Men has been nonsensical and Avengers got weird. Amazing Spider-Man has been enjoyable but is getting dark and repetitive. I would say Daredevil is the only book from both companies that I genuinely make an effort to read. And anything Super Sons.
I don’t know what could get me back because the things I dislike about the directions of my favorite characters run so deep that it would take a reboot to fix and that’s not happening.
God that’s so depressing but it’s where I stand. Obviously this is all personal opinion and is in no way meant to insult what other people like.

The new Justice League Infinity appeals to me very much and man that cover makes me want Manapul to illustrate a traditional JLofA book.
I also realized that so far I am sticking with Batman/Superman.

Nope, like from the start I read what I want when I want (assuming I have access). I am currently re-reading Johns’s decade long run on JSA exactly as I would have been doing, while reading new comics that interest me.

I read what I want when I want

I agree. same with me

I was under the impression that Future State was released because it was what was supposed to go forward before Dan Didio left and they were basically putting what was done out there and then saying “aaaaand moving on…” with Infinite Frontier turning back to a much more comfortable state BUT that could be totally off the mark.

Regardless, it reads to me like Future State is a 1 (or 2) and done and not something worth worrying about.

As someone who has been getting the singles of Nightwing since Rebirth started and somehow managed not to give up with the amnesia storyline, The IF issue of Nightwing feels much more like reading classic Nightwing again. Fresh start, good direction, good writer. I did read the 0 issue of IF as well and it seems like there’s a generally positive direction with only the usual general threat of something dreadful (or someone wink wink) lurking behind everything else that’s happening, as is typical of overall DC comics in general.

I think giving IF a shot is worth it. Looking forward to seeing them do hopefully better things with Damian in his new Robin solo story, and other good things that seem to be on the horizon.

That being said, my reading habits haven’t really changed. I’m still reading what I’ve always been reading…which is mostly stuff from the late 90s… oops.

Maybe I’m off but with the new Wonder Girl series, the make up of the new Suicide Squad, the magistrate in Batman, Teen Titans Academy, and the Second Son comic it seems like Future State is on its way.

“The event is based on the cancelled 5G initiative, which would have seen the main DC heroes aged and replaced, with a two-month break in publishing of regular comics to make way for the completion of some 5G books.” 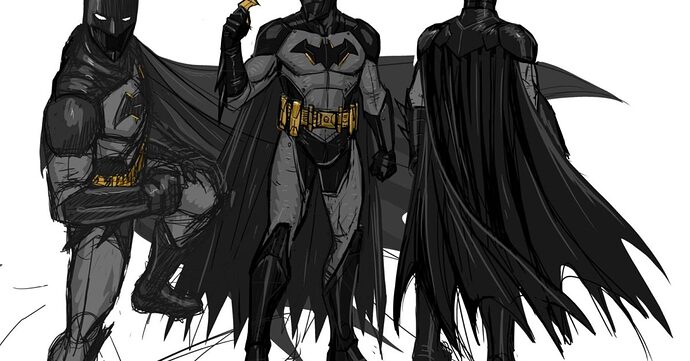 What Did Bleeding Cool Get Right And Wrong About 5G and Future State?

Last week, DC Comics released their January 2021 Solicitations, laying down the solicits for the first month of the Future State line-wide event. Future

This is all I know about it. And what I heard from the guys at my LCS, just to give some of my reasoning.

Daredevil usally is one of the more constitly good books out of the big two.