Hope that you are doing well.

So… On with this particular meeting I’ve wondered about…

Have Cyborg and Cyborg Superman ever faced off against each other?

Have Cyborg and Cyborg Superman ever faced off against each other?

They have! Check out DC Cybernetic Summer, featuring Cyborg, Superman, and Cyborg Superman.

Looks like this will be going to the top of my reading lists.

Thank you, and still a ledge!

Alas, no. The best I can offer you is Suicide Squad: Hell to Pay, where Reverse-Flash plays a significant role in the animated film, and Bane in the tie-in comic – but while they both play roles in the same larger story, they never cross paths.

In honor of Batman/Catwoman debuting on DCUI today, have Batwoman and Catman ever met each other?

This doesn’t count as part of any official story continuity, but they can still fight in Injustice 2! 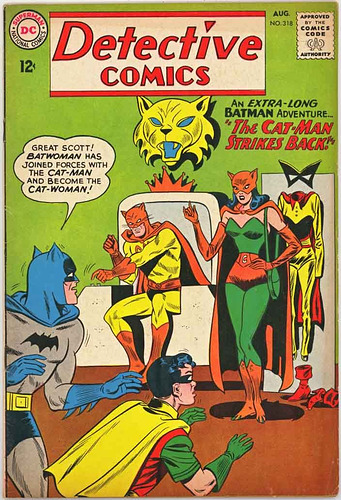 I checked and it IS on DCUI

Scary darkness themed villains who have faced The Hawks: Eclipso and Shadow Thief.

Long (the dragon from Batwing)
Batman

Check out the climax of Geoff Johns’ “Rogue War” in The Flash #224, where Thawne and Zolomon team up on Wally West and Bart Allen. 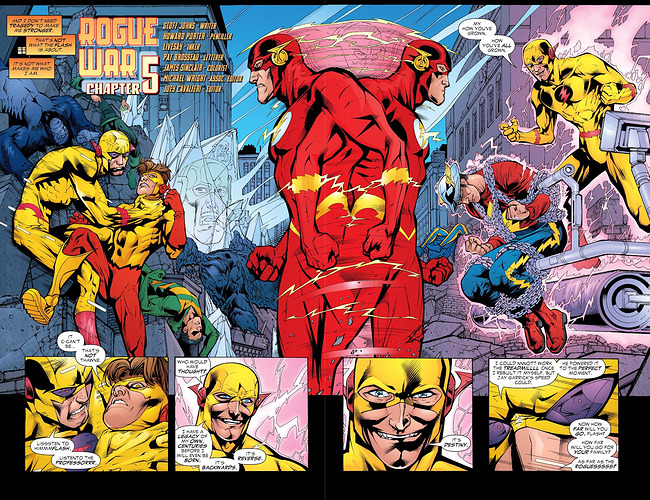 Scary darkness themed villains who have faced The Hawks: Eclipso and Shadow Thief.

You’ll want to read James Robinson’s Justice League of America #54-59, “Eclipso Rising.” As part of Eclipso’s plan to control darkness, Shadow-Thief, The Shade, Nightshade, and other shadow-based metahumans both new and obscure are drafted into Eclipso’s service. 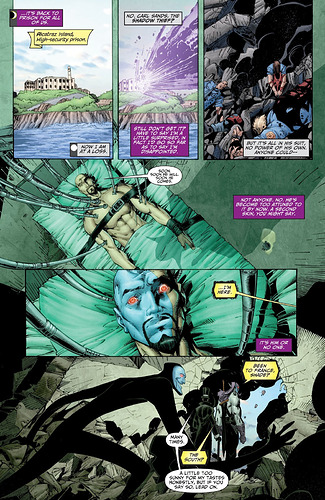 Long (the dragon from Batwing)
Batman

Sorry, but Long has only ever appeared in Batwing #10-11.

have Constantine and Tim drake ever met

On Earth-23, Hank Heywood and John Henry Irons are both members of President Calvin Ellis’s White House Staff (as is Sarge Steel).

Also, in LEGO Batman 3: Beyond Gotham and LEGO DC Super-Villains, you can play as one while a CPU of the other follows you around, or do multiplayer with one character as each. In the former game, Darkseid is only available with DLC. In the latter game, there are two Darkseid boss fights in which Barbara can be played. But there’s no dialogue between the two.

Again, Robin (Tim Drake) and an unnamed White Lantern who looks a lot like Kyle can be played simultaneously in LEGO Batman 3: Beyond Gotham, but no specific dialogue