Has Booster Gold ever had a romantic interest

This came up in a facebook group I was on, and it got me thinking… has Booster Gold ever had any kind of romantic interest?

I consider myself a fan but haven’t read his solo series in a while. But even then he has been around since 1985 and it seems odd to me that I can’t remember him ever having any kind of romantic interest despite how prominent he has been for over 30 years now.

I am wondering if I am just forgetting someone obvious, but figure if he had one someone on here smarter (or at least with a better memory) than me can tell me who I am forgetting.

And on a side note… how does Blue Beetle had his own tag and not Booster Gold?

He had an ex-wife in Justice League Action.

Considering his lineage and descendants though there must be a canon love interest.

@FlashLegacy Blair lives in Canada… you wouldn’t know her

And yeah, you are right if Rip is his descendant then that would seem to confirm he has a romantic interest at some point. That was the obvious thing I overlooked.

He did in justice league action i remember watching it

I should have known those Canadian girls are so elusive.

Booster’s Ex is called Red Velvet in Justice League Action if I recall correctly. I loved the Time Out episode. That episode along with the JLU episode The Greatest Story Never Told are really great introductions to Booster IMO.

He must eventually or Rip Hunter is never born…

Booster can still be Rip’s father, but that could be a one night stand interest.

Booster can still be Rip’s father, but that could be a one night stand interest.

The future BG that trained and gave Rip his mission to train BG’s younger self “time educated wife”, he watches over all the timelines of the multiverse in anonymity.
Dan Jurgens has a story to tell and that’s why it hasn’t been revealed yet, despite the post-crisis timeline no longer canon. He has a love interest, but it’s a mystery.
The image supports @Desades point, though. 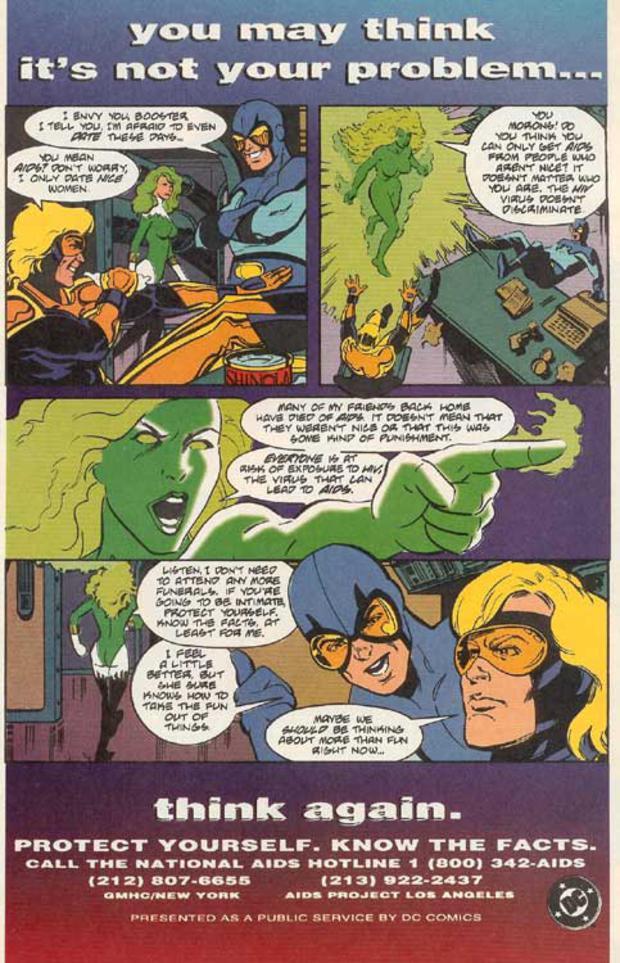 The New 52 version of Godiva was certainly interested in Booster.

I have not had a chance to read Heroes in Crisis yet, but I do know that Booster Gold and Harley Quinn share a lot of scenes together. So I vote she become his romantic interest (or I guess he becomes hers, since she is the one with the ongoing series). That sound fun and crazy enough to work… and if she became Rip Hunter’s mother… to quote Robot Chicken “WHAT A TWIST!”

I remember back in JLI I was rooting for Booster and Fire. But she ended up with Oberon.

He did hit on Catherine Cobert, though. And got shut down. Right before he found out she was the new JLI liason for the French Embassy.

And I think Alexandra Gianopoulo from the Flashpoint issues of his book was possibly going to be a love interest in the JLI, but when DC rebooted she disappeared.

I guess Harley isn’t impossible. She is in a relationship with Ivy, but in Harley’s series they’ve been known to be polyamorus.

Of course he has a love interest! His name is Ted Kord

@GodOfMugs, Damn beat me to it.

@Jay_Kay, I don’t know if Harley and Ivy are in a relationship. I see it more as friends with benefits between best friends. I haven’t read Harley’s solo book in a while, so maybe things have changed, but that was my impression

One answer and his name is
Ted Kord. Ted or Fire but mainly Ted

I think he’s had a bromance longer than he’s held down any romantic relationship, tbh.