Now personally I saw The Dark Knight version first, but the Long Halloween is obviously a classic take that heavily inspired TDK. The one thing I love about TDK is when Two Face at the end says

What an awesome way to show why the flipping of a coin justifies punishment or not.

What are your thoughts on Two-Face’s origin story? Which one do you like best?

Of these 3- I like TLH best. Love the idea of him, Batman, and Gordon all working closely together in the early days of Batman’s career, only for Harvey to fall and become one of the monsters he was trying to save the city from.

which one seems most ‘realistic’?

The Dark Knight. Someone with injuries like that, going on a rampage that ends in his own death seems all too realistic, especially here lately…

I like elements from all. Gilda as the love interest, working with Gordon and Batman in the early days (and people suspecting Harvey is the Batman, and Big Bad Harv always being there. I like that the accident didn’t cause his madness, it just unleashed it. 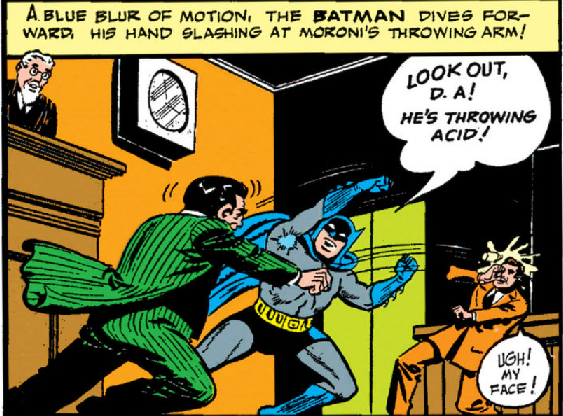 Myself the Animated Series

Have to go with the Animated series with this one.

I always liked his original origin from Detective Comics no. 66 (August 1942) best, although The Long Halloween always appealed to me too.