He was OK with me… right up until he killed Rick. Then he was out.

I was very upset with that

I was very upset with that

How Harley Quinn Got Her Groove Back General Discussion

[image] For years Harley Quinn was known as “the Joker’s girlfriend,” but she’s proven that she’s much more. Introduced in the Batman: The Animated Series episode “Joker’s Favor,” viewers instantly took to Harley, snatching up comics and clothing featuring her and showing off their Harley Quinn cosplay at cons worldwide. As time went on, it became clear that Harley had the potential to leave her puddin’s shadow and show the world that she wasn’t going to be defined by Mistah Jay any longer. …

@Harleys-Crew peeps! We have a very cute WAL announcement! Please join us for more DCSHG shenanigans this coming Monday and the next

Hey everybody! We’re back with some more of the cozy and fun DC Super Hero Girls, after our incredibly successful binge of the entire first season (and shorts!

) of the new series this summer. This time, we’ve got a couple of Lego DCSHG movies lined up, while we wait for season two of the Gen 2 animated series!

But I believe we will get our Harlivy sooner rather than later!

Very true, @Mae. I can’t think of anyone either, lol! Also FACT: no single person will please everyone (w/ ANY character). And I agree we’ll get them sooner rather than later

Ms. Fox as A-Ivy, maybe! But for Margot’s Ivy, in a theatrical release, I want someone as good as she is in the role of Harley Quinn if they can swing it. I don’t see it here, either, BUT that’s

up to Margot (Aka the producer), the director and the auditions. We’ll see.

HQAS’ team hit it out of the park when they cast Lake B. in the role so I’m hoping for the same magic when it comes time for the feature film cameras to roll. 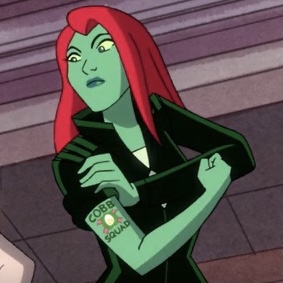 I’m willing to give anyone a try in any role, in any version of a story, but I also have entertainment PTSD!

I know you definitely don’t need a TedTalk on what it feels like to not be the target audience, tho. Disagreeing on casting choices here & there doesn’t mean (any of us) don’t agree on the overall issue of discrimination and representation. We’re on the same page.

As for that, I’ll be short…

was it your anniversary or your Bday recently? I’m confused!

Ps. @DickGrayson_TheBoyFriendWonder after that scene w/ Flagg, I didn’t want Peacemaker to live either. I’m w/ you. Good scene, but I’m going to be kinda bitter about that for a little while. I’ll prbly check out the show, tho. Could be good! We’ll see. If it’s not, we could just spite-watch it??

I know you definitely don’t need a TedTalk on what it feels like to not be the target audience, tho. Disagreeing on casting choices here & there doesn’t mean (any of us) don’t agree on the overall issue of discrimination and representation. We’re on the same page.

Speak on it Queen @Razzzcat.

Dear suits,
When the audience that gets ignored (( coughs )) women & minorities—sometimes simultaneously) is repeatedly burned, we know when we aren’t being considered and when it’s been forced.

And we vote w/ our wallets.

was it your anniversary or your Bday recently? I’m confused!

My DCUI anniversary was on August 27th.

Not sure why everyone was wishing me a Happy B-Day tho. But the sentiment was very much appreciated.

There is a lot to unpack here. I am that odd person that saw Jennifer’s Body back when it came out and thought it was okay. It wasn’t great and still isn’t great but it is a perfect middle of the road teen horror flick. Horror movies are generally not critical darlings. It was pretty crappy that Hollywood, for whatever reason, thought Jennifer’s Body would be different. Obviously, there is a lot more here, as you have provided in many of the links above and I agree the criticism wasn’t where it should have been aimed.

“Ermagerd! She sucked in Transformers, and she’s going to ruin Poison Ivy!”

Back to Megan Fox being Poison Ivy. There have been many actors cast in roles that I didn’t think would work on paper. After Heath Ledger, I have politely stayed silent on my thoughts. In context, Heath Ledger was known for teen flicks, teen magazine covers, and an okay action movie or two. Nothing that screamed Joker. I was wrong.

Remember, that’s me making fun of the Internet’s rush to judgment on casting calls.

If Fox is a fan and does well in the role, then that’s great and I’ll support her all the way.

I’m sure she’s eager to sink her teeth into a nice, delicious, artistic apple and have a role that’s all her own for years to come.

However, 25 years and change of being involved in online fandoms has shown me that people will unfortunately rush to judgment, instead of being open-minded and waiting to actually see the actor in character before making up their mind.

As for Ledger, I found him an intriguing choice from the get-go. He wasn’t my first choice, but I remained open-minded about him and in the end, he was a fantastic Joker.

SN: After The Dark Knight, my favorite Ledger movie is 10 Things I Hate About You.

Had forgotten how fun this Q&A with Harls from Fandome '20 was. I think I peed a bit when I saw this at the fandome lol. It was so funny!!!

Polka-Dot Man taking one to the polka dots.

Found a super snazzy pic of Pamalamb for ya’ here Queen @Razzzcat. 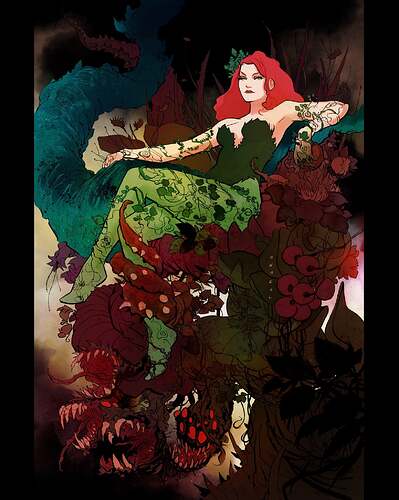 Hey Crew, look at who I ran into today~ 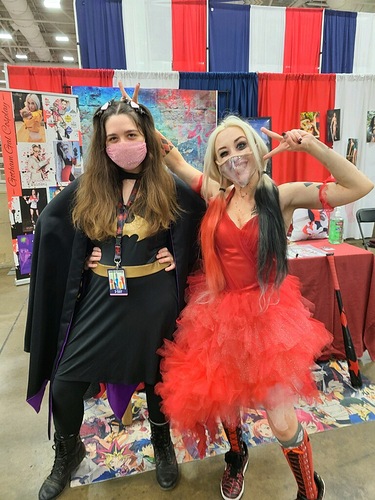